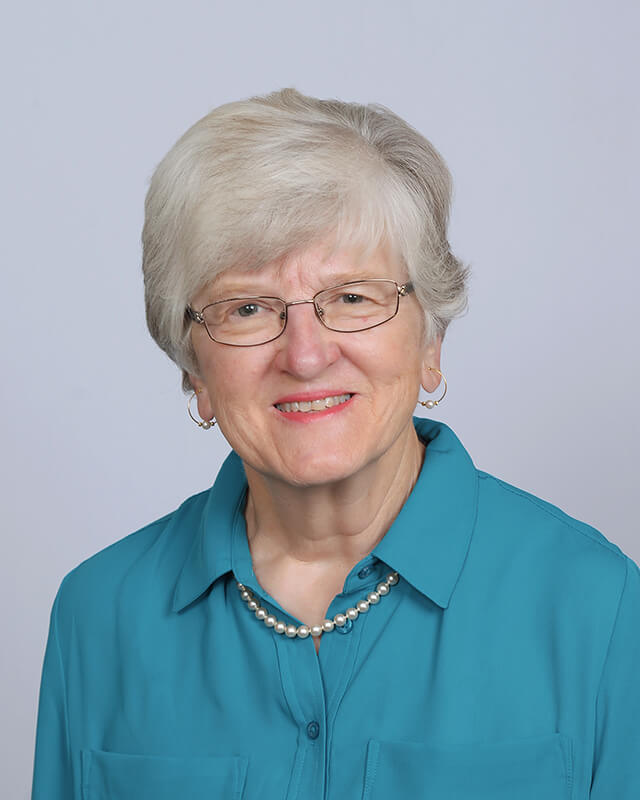 Purdue University alumna Lu Ann Aday, the Lorne D. Bain Distinguished Professor Emerita in Public Health and Medicine at the University of Texas School of Public Health-Houston, has endowed Purdue’s most prestigious research award in the humanities and social sciences.

Aday came to Purdue for a master’s and doctoral degree in sociology after receiving a bachelor’s degree in agricultural economics from Texas Tech University in 1968. In 2004, Purdue conferred an honorary doctorate of social sciences to Aday.

“With this annual award, I am delighted to be part of Purdue University’s efforts in recognizing excellence in research, scholarship and creative work in the humanities and social sciences. My hope is that this award will encourage and support faculty in asking important and enduring questions and applying innovative methods and the highest standards of scholarship in addressing them,” Aday said.

The inaugural Lu Ann Aday Award goes to Michele Buzon, professor of anthropology, for her groundbreaking work in bioarchaeology. Buzon is viewed as a leader in bioarchaeology and strontium isotope analysis. She has earned an international reputation for her expertise and innovation for her research in the Nile Valley.

Buzon will deliver the first Lu Ann Aday Distinguished Lecture at 10:30 a.m. Oct. 30 in Stewart Center's Fowler Hall. The lecture is free and open to the public.

“Dr. Aday’s generous endowment brings increased recognition to the importance of creative and scholarly contributions by our faculty in the humanities and social sciences,” said Suresh Garimella, Purdue’s executive vice president for research and partnerships and Goodson Distinguished Professor of Mechanical Engineering. “Dr. Aday is a distinguished academic scholar. She pushed the boundaries of understanding health services and access. It is a fitting tribute to the prestige of this award to be named in honor of Dr. Lu Ann Aday.”

Aday was formerly associate director for research at the Center for Health Administration Studies of the University of Chicago. She has conducted major national and community surveys and evaluations of national demonstrations and published extensively on public health, including authoring 16 books dealing with conceptual or empirical aspects of research on access to health and health care for vulnerable populations.

Many of Aday’s books are in their second and third editions. Among the most recent are "At Risk in America: The Health and Health Care Needs of Vulnerable Populations in the United States"; "Designing and Conducting Health Surveys: A Comprehensive Guide"; "Evaluating the Healthcare System: Effectiveness, Efficiency, and Equity"; and "Reinventing Public Health: Policies and Practices for a Healthy Nation."

She has received numerous awards for scholarship, teaching, and mentoring including the University of Texas at Houston Health Science Center Excellence in Scholarship Award; John P. McGovern Outstanding Teacher Award; Committee on the Status of Women Distinguished Professional Woman Award, as well as the President’s Award for Mentoring Women; the Texas statewide Minnie Stevens Piper Foundation Award for Excellence in Teaching; and the national award from the Association of Schools of Public Health/Pfizer Award for Teaching Excellence. Aday’s lifetime scholarly accomplishments were acknowledged with her induction into the National Academy of Medicine.

Aday has also has served on multinational, federal and state boards, commissions and committees such as the National Academy of Medicine, National Cancer Institute and the Agency for Healthcare Research and Quality.

The establishment of the Lu Ann Aday Award replaces the Research and Scholarly Distinction Award by formally endowing Purdue’s most prestigious research award in the humanities and social sciences.

In an effort to broaden recognition of the contributions from Purdue’s distinguished faculty across a range of disciplines, the RSDA was established by the University in 2013 to recognize faculty whose recent research and scholarship had made a major impact in their field in disciplines outside the domain of the natural sciences. The Herbert Newby McCoy Award was specifically established in 1964 to recognize faculty contributions in the field of natural sciences through an endowment by Mrs. Ethel Terry McCoy in honor of her husband, a distinguished Purdue University alumnus.

In 2015, the Arden L. Bement Jr. Award was established by Purdue Professor Emeritus Arden Bement and his wife, Mrs. Louise Bement, to recognize Purdue faculty for outstanding and widely recognized contributions in the areas of pure and applied science and engineering.