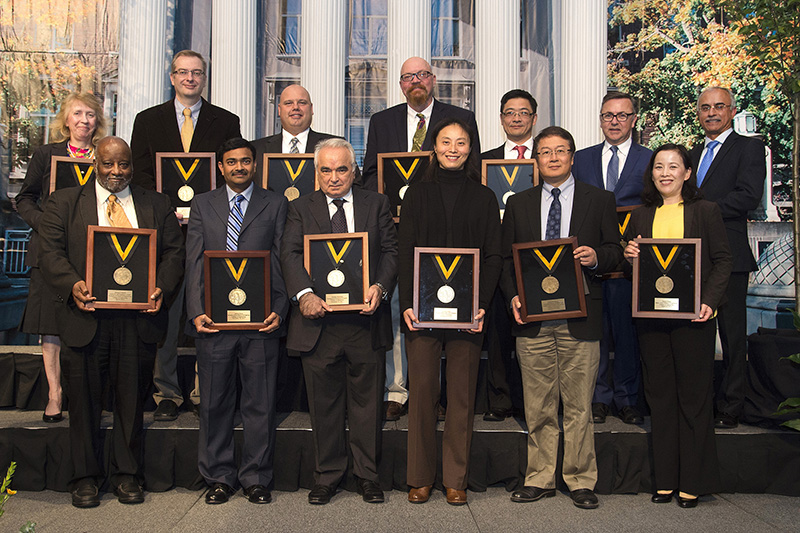 A reception and ceremony Friday (Nov. 11) celebrated 16 recently ratified distinguished and named professors at Purdue and honored Nancy Ho, the University's newest recipient of the National Medal of Technology and Innovation.

The inaugural Distinguished and Named Professorship Ceremony featured bestowal of medallions by Deba Dutta, provost and executive vice president for academic affairs and diversity, who led the ceremony. The event was in the Feature Gym of the Córdova Recreational Sports Center.

President Mitch Daniels presented remarks about the value of such professorships. Dutta summarized the "innovative and productive" contributions of Purdue's distinguished and named professors, beginning with George A. Hawkins in 1943.

The 16 recent holders of professorships, all ratified by the Board of Trustees from December 2015 through August 2016, are: 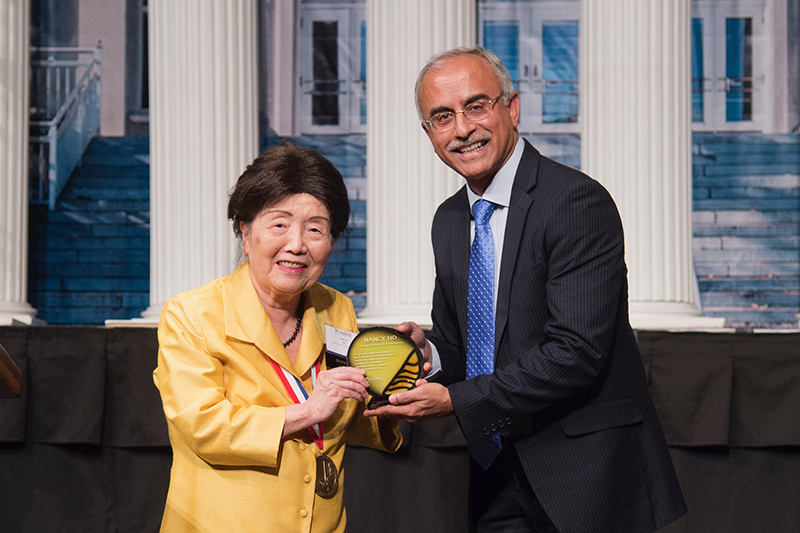 Davis and Lowenberg-DeBoer were away from campus honoring research commitments and could not attend the ceremony.

Ho, research professor emerita of chemical engineering, received the National Medal of Technology and Innovation, the nation's highest honor of its kind, from President Barack Obama on May 19 at the White House. At Purdue's ceremony, Dutta presented her a memento with an engraved citation reading: "For her pioneering contributions to the production of renewable biofuels — specifically, cellulosic ethanol productions — through the development of recombinant Saccharomyces yeast." Ho is the third Purdue faculty member to receive the National Medal of Technology and Innovation, along with Rakesh Agrawal and the late Leslie Geddes.