What is Six Sigma?

Despite the methodology’s quick and sweeping effect on major corporations across the globe, Six Sigma isn’t an idea that sprung up out of nowhere. It represents decades–centuries, even–of innovation in manufacturing and statistics, harnessing the full power of industry through analysis, efficiency, and quality control. In fact, the timeline of Six Sigma’s history is written by some of the world’s greatest minds in business and mathematics.

During the industrial revolution, the U.S. moved quickly into a position of economic leadership on the world stage. Eli Whitney’s creation of interchangeable parts in the early 19th century was one of the major catalysts behind this booming growth, allowing businesses to design products that could be quickly reproduced at facilities around the country. More than 100 years later, Henry Ford would use the possibilities afforded by this innovation to introduce the moving assembly line. The assembly line completely reinvented manufacturing, setting a standard process in place for every single product that left a Ford plant. 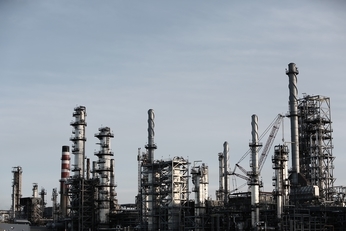 This made America an absolute powerhouse of productivity, with everything from automobiles to home appliances being made in manufacturing plants. But as these methods of production evolved, so did the need for advanced quality assurance methods. The volume of products leaving assembly lines was too great for quality inspectors.

In 1924, Walter Shewhart, a researcher at a Western Electric facility in Illinois, introduced the idea that statistics could be used to identify defects by analyzing the manufacturing process for faults, not each individual product. This idea would set the stage for the Six Sigma method, completely changing the future of quality control.

The Beginnings of Six Sigma

Essentially, Shewhart used the concept of normal distribution (or a “bell curve”) to project the amount of defective products his company’s supply chain could expect to produce using their current process. Using this method of analysis, Shewhart was able to identify an acceptable tolerance for instances of defective products. If the number of defects rose above this threshold (a prescribed distance from the mean, or “sigma”), Shewhart’s model offered insight into necessary process changes that were previously much more difficult to uncover and fix.

This method of quality control had a profound and lasting effect on American manufacturing, By 1951, the U.S. government required that all of its contractors provide quantifiable proof of quality assurance following a similar approach to Shewhart’s. But, while Walter Shewhart provided the statistical framework that enabled the creation of Six Sigma, he didn’t formally create the management methodology itself.

Following WWII, American manufacturing hit a stumbling block. Japanese companies displayed superior, sophisticated processes and utter dedication to quality control, beating out the U.S. internationally and, in many markets, domestically. This gap became even more pronounced with the advent of electronics, which required both precision and significant resources to produce. 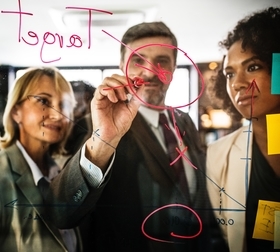 In the 1980’s, Motorola, led by CEO Bob Galvin, made the decision to prioritize quality control and focus heavily on refining their manufacturing process to compete. This is when Bill Smith, an engineer at Motorola widely hailed as the inventor of Six Sigma, made the connection between Shewhart’s method of defect measurement and the need to set and identify specific improvement goals. This model gave Motorola a working, statistical method to analyze their processes, identify faults, and make ongoing enhancements. Similar to Shewhart, Smith devised a threshold of tolerance for defects, but Smith’s was much more specific. His threshold was measured in defects per 1 million opportunities for a defect to occur (DPMO).

Smith arrived at a desired DPMO of 3.4 for Motorola, a six sigma deviation from the mean. And thus, Motorola’s Six Sigma methodology was born. The method encouraged absolute commitment to meeting this quality threshold. When it went unmet, advanced analyses would be put in place to determine which part of the process needed refinement, then identify and implement a solution.

Companies like 3M, IBM, and (perhaps most famously) General Electric under Jack Welch adopted the Six Sigma mode of constant process improvement through statistical analysis with great success. From there, the methodology picked up speed, with its principles still visible to this day in contemporary leaders like Amazon and Boeing.

To learn more about Purdue University’s online Lean Six Sigma Training and Certification program and , fill out this form. You can also email us at LSSonline@purdue.edu or call us at (888) 390-0499 to speak to one of our program advisors.

Purdue University respects your right to privacy. By submitting this form, you consent to receive emails and calls from a representative of Purdue University, which may include the use of automated technology. Consent is needed to contact you, but is not a requirement to register or enroll.

Set yourself up for success with Lean Six Sigma Certification