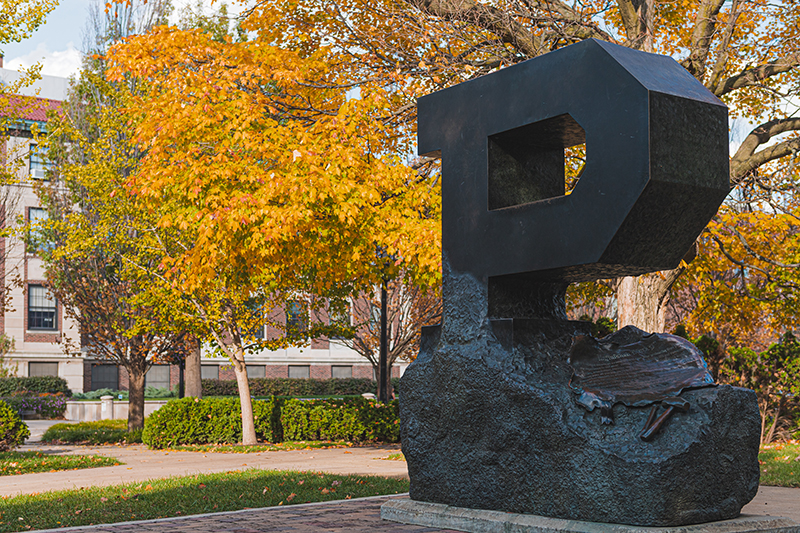 WEST LAFAYETTE, Ind. – Reflecting the university’s continued focus and effort to maintain student affordability, most Purdue students on the West Lafayette campus will see no increase in room and board rates for the 2023-24 academic year.

This marks the 11th consecutive year students on the West Lafayette campus will not see an increase in university residence hall rates. Board rates were reduced twice – in 2013-14 and 2014-15 – and have not subsequently increased. Because of several reductions in dining plan costs and holding the cost of room rates flat, the total cost of on-campus room and board will be lower for 2023-24 than it was in 2012-13, bringing Purdue’s rates from second-most expensive in the Big Ten to the most affordable. Factoring in an 11-year tuition freeze, the total cost to attend Purdue West Lafayette is less now than in 2012-13.

Housing rates at Purdue Northwest will increase by 3.5% and at Purdue Fort Wayne by 3.25%.

Purdue’s Board of Trustees approved the rates on Friday (Oct. 7).

While room rates for University Residence Halls (URH) will remain the same, the increase in student attendance and demand for URH has resulted in the continued need for university housing beyond the capacity limits of traditional residence halls. This additional capacity has been met by master-leasing apartments and purchasing Aspire apartments in Discovery Park at Purdue. Through the master leases, University Residences Boiler Apartments (URBA) market-based rates remain moderately below those charged in the private market if students procured these apartments directly.

The housing rates increase at Purdue Northwest is one of just four over the past eight years. PNW provides 744 beds in two-bedroom, one-bathroom and four-bedroom, two-bathroom apartment-style configurations. Rates are priced at $7,189 (increase of $243) and $6,176 (increase of $209), respectively. Occupancy rates are improved compared to last year with increased on-campus classes, and campus housing is projected to remain at full capacity next year. The increased revenue will be used for ongoing maintenance and support of housing facilities due to the age and high utilization of the facilities and enhanced student programing for residents.

Purdue Fort Wayne has not had an average increase in housing rates in six of the past 10 years. The increased revenue ($200 per bed) will be used for ongoing maintenance and support of housing facilities due to the age and high utilization of the facilities and enhanced student programing for residents. PFW provides 1,204 beds in one-, two-, three- and four-bedroom configurations. As approved in December 2021, rates range in price points from $5,130 for a four-bedroom, two-bathroom unit to $10,076 for a limited number of one-bedroom, one-bathroom units per academic year.

As each campus prepares for the Fall 2023 semester, officials are recommending flexibility in the rate-setting process to help meet temporary or permanent housing needs for 2023-24. Specifically, if additional off-campus housing or temporary reconfiguration of existing rooms is required to meet demand, the campus may price the new options relative to the approved pricing structure, taking into consideration similar amenities and costs associated with contracting or setup.

Trustees also approved the leasing of 32 apartments from Fuse West Lafayette for the 2023-24 academic year that includes 124 beds for student housing and two beds for residential assistants. Located adjacent to campus at 720 Northwestern Ave., Fuse is a five-story, 355,000-square-foot retail and housing facility that includes 489 beds in 228 one-, two-, three- and four-bedroom apartments.

In other business, trustees:

* Ratified the university’s procurement of a property insurance policy for the 2022-23 insurance year, effective Oct. 1 – with $1.5 billion in coverage and a retention level of $500,000.

* Approved the creation of the Purdue Institute for National Security as a new university interdisciplinary institute.