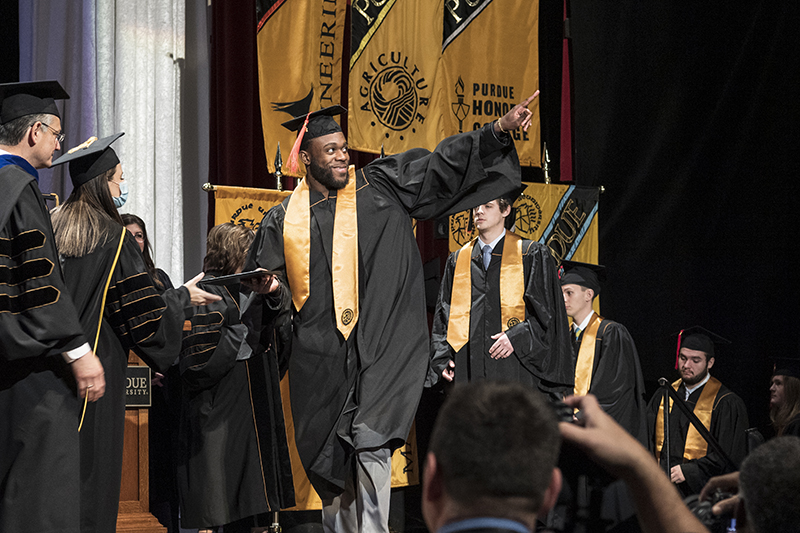 A graduate gets a celebratory hug following commencement ceremonies on Friday (May 13). More than 8,000 students across seven ceremonies were eligible to participate in this year’s return to in-person ceremonies at Elliott Hall of Music. (Purdue University photo/Rebecca McElhoe)

WEST LAFAYETTE, Ind. — The small steps they’ve taken over the past few years culminated for many Purdue University students this weekend (May 13-15). They graduated into the next phases of their lives.

By Monday morning, there were seven commencement ceremonies, each in the Elliott Hall of Music, on campus.

Eligible to participate in the ceremonies were 8,131 students, which included 6,257 undergraduates, 1,180 master’s, 454 Doctor of Philosophy and 240 professional program candidates.

All ceremonies were set for livestream.

Dr. Deborah W. Knapp, Distinguished Professor in Comparative Oncology and director of Purdue’s Comparative Oncology Program in the College of Veterinary Medicine, was the guest speaker for the Monday morning Graduate School ceremony. She is nationally and internationally recognized for her work in bladder cancer and comparative oncology. 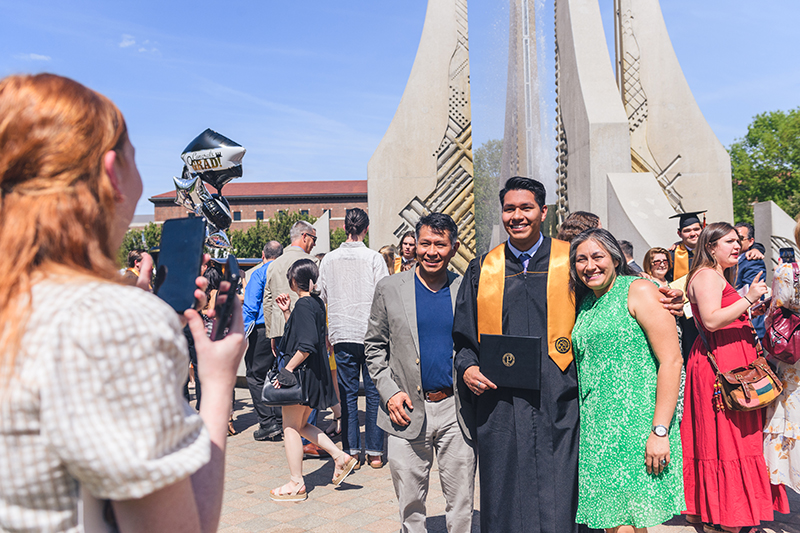 
Note to journalists: Video b-roll from commencemencent will be available Friday (May 13) evening on Google Drive.