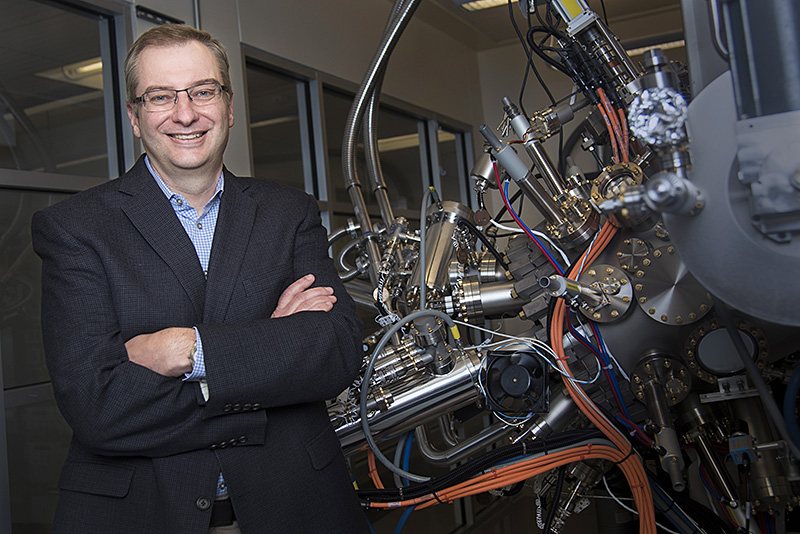 WEST LAFAYETTE, Ind. — To develop quantum computers for practical use, fundamental physics discoveries need to happen first. Purdue University has recognized two professors whose recent accomplishments have high significance and impact in the field of quantum sciences. These professors will receive the university’s most prestigious research and scholarship awards.

Purdue is at the forefront of quantum research and education as a leading university partner of the Quantum Science Center—a Department of Energy funded Quantum Information Sciences research center under the National Quantum Initiative to advance the state of quantum science—and a founding member of the Quantum Economic Development Consortium, a group of stakeholders that aims to enable and grow the U.S. quantum industry.

Manfra, a leading condensed matter experimentalist, is being honored for his field-defining work in quantum physics.

This advance is an important step in the understanding of the physics of quasiparticles, which are particle-like entities that emerge from complicated electronic interactions that occur in certain low dimensional materials. Anyons have characteristics not seen in ordinary matter, including exhibiting fractional charge and fractional braiding statistics that maintain a "memory" of their interactions with other quasiparticles by inducing quantum mechanical phase changes. This property may make anyons promising for quantum computers.

Nominators for the award noted that Manfra’s unique breadth of expertise in condensed matter physics, from growth of high-purity martials to quantum transport experiments, enabled Manfra and his team to control every step of designing and executing the experiments. His team developed a new device structure to screen out interactions that might obscure the anyon behavior.

Manfra serves as the scientific director of Microsoft Quantum Lab West Lafayette and is an important contributor to Quantum Science Center, the Department of Energy QISR Center that was funded in 2020 with $115 million over five years (2020-25). Microsoft is also a QSC contributor.

He will deliver the Arden L. Bement Jr. Distinguished Lecture at 3 p.m. ET on Friday, (Nov. 12). This will be a virtual lecture and will be made available to the public.

The Arden L. Bement Jr. Award was established in 2015 by Arden Bement, Distinguished Professor Emeritus, and his wife, Louise Bement, to annually recognize a Purdue faculty member for recent outstanding accomplishments in pure and applied sciences and engineering. Winners of the Bement Award are nominated by colleagues, recommended by a faculty committee and named by the university president. 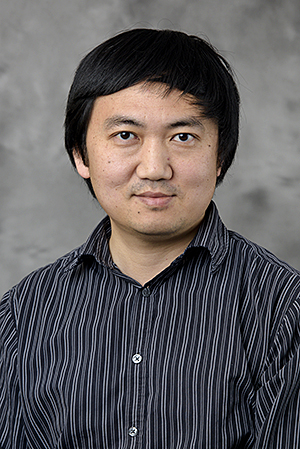 Yong Chen, the Karl Lark-Horovitz Professor of Physics and Astronomy in the College of Science, professor of electrical and computer engineering in the College of Engineering, and director of Purdue Quantum Science and Engineering Institute, will receive the 2021 Herbert Newby McCoy Award, the most prestigious award given by the university for outstanding work in the natural sciences.

Chen is being recognized for his significant research achievements and innovations in the synthesis and studies of various novel quantum materials and matters.

During Chen’s career at Purdue, he has implemented a successful program focusing on timely problems in nanoscience. Chen leads a large interdisciplinary research group that works on quantum matter and devices involving such systems as graphene and 2D materials, topological insulators, and cold atoms and molecules, and explores their applications in electronics, sensors, energy and quantum information.

Nominators noted that Chen’s research is at the convergence of two fields with successful experiments in both condensed-matter physics and atomic, molecular and optical physics. His key achievement in this latter area is the synthesis of new molecules and the development of a new method of quantum control in chemistry.

Chen is also widely regarded as a global leader in graphene-based materials, which have promising applications for the development of quantum computers. Chen was one of the first to synthesize and study large-scale graphene and graphene single crystals, a critical advance in graphene from a research novelty to large-scale practical applications.

In addition to the focus on his work, Chen has been a mentor and advisor to more than 15 postdoctoral researchers and 20 graduate students, many of whom have gone on to positions as faculty or research positions in government or industry.

Chen also serves as a member of the Governance Advisory Board for Quantum Science Center, the Department of Energy QISR Center that was funded in 2020 with $115 million over a five-year window (2020-25).

Chen will deliver the Herbert Newby McCoy Distinguished Lecture at 9 a.m. ET on Nov. 19. This will be a virtual lecture and will be made available to the public.

The Herbert Newby McCoy Award was established in 1964 by Ethel Terry McCoy in honor of her husband, a distinguished Purdue alumnus. Winners of the McCoy Award are nominated by colleagues, recommended by a faculty committee and named by the university president.

Manfra and Chen will receive a cash prize along with a small grant for their university scholarly activities.

The Office of the Executive Vice President for Research and Partnerships will honor Manfra and Chen at the annual Excellence in Research Awards ceremony in the spring. The ceremony also will recognize Academic Research Awards, the Morrill Award and Sigma Xi awards, among others.

More information about Purdue’s prestigious awards, including past recipients, is online.