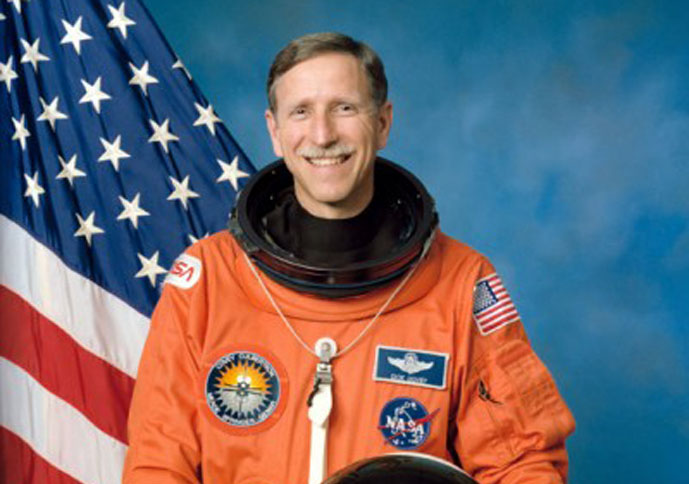 WEST LAFAYETTE, IN – Dick Covey, a former NASA astronaut and past CEO of United Space Alliance, will speak as a part of the Purdue University Honors College Visiting Scholars Series. The event will be 6 p.m. Nov. 2 in Honors Hall inside the Honors College and Residences North building.

With over 646 hours of logged space hours, Covey will share his experiences in space flight and discuss the future of space exploration in a postpandemic world.

No stranger to West Lafayette, Covey earned a Master of Science in Aeronautics and Astronautics from Purdue in 1969 after completing an undergraduate degree in astronautical engineering from the U.S. Air Force Academy. Covey went on to serve with the U..S. Air Force as a fighter pilot and later joined the space program at NASA.

Included in Covey’s presentation on Nov. 2 will be the recognition of three Astronaut scholarships awarded by the Astronaut Scholarship Foundation. These awards are sponsored by Kathy and Dick Covey and the CoveyLove Legacy Fund, Jim Hays in honor of Purdue astronaut Gene Cernan, and Marc and Sharon Hagle.

The public is invited to attend this live event. This event is part of the Honors College Visiting Scholars program, which features engaging events with interdisciplinary scholars from a wide variety of fields.