Would we still have severe thunderstorms over North America if the Gulf of Mexico were filled in with land? 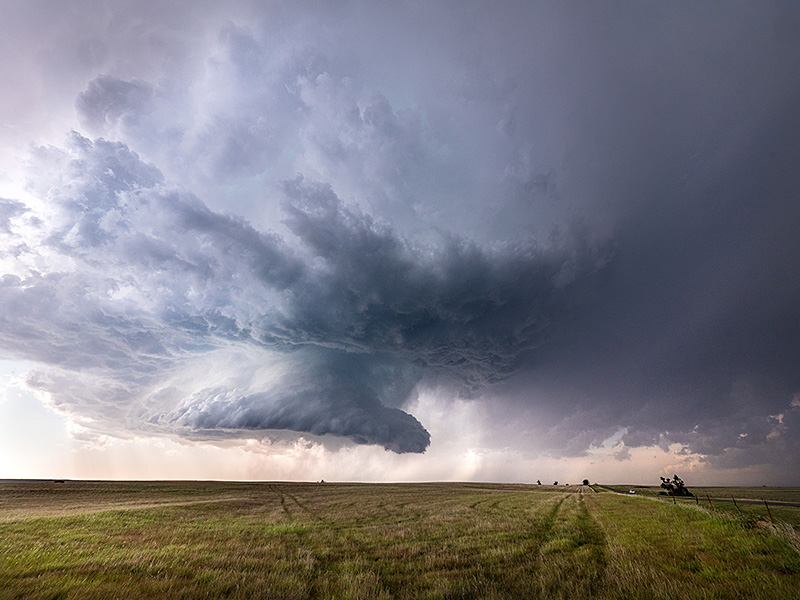 The eastern United States is a hot spot for severe thunderstorms. Researchers from Purdue University say the reason is much more closely tied to the terrain of North America, rather than the presence of the Gulf of Mexico. (Unsplash photo/Raychel Sanner)

The eastern half of the U.S is one of the principal hot spots for severe thunderstorm activity, especially tornadoes, globally. The standard explanation for this outcome is the combination high terrain to the west and the Gulf of Mexico to the south. A study in the Climate and Extreme Weather Laboratory in the Department of Earth, Atmospheric, and Planetary Sciences in Purdue University’s College of Science largely overturns one half of this longstanding hypothesis. Scientists use a global climate model to do climate simulation experiments testing this hypothesis: by either “flattening” the North American terrain or “filling in” the Gulf of Mexico with land. The study shows that the potential for severe thunderstorms depends strongly on upstream elevated terrain but surprisingly weakly on the Gulf of Mexico. Removing elevated terrain substantially reduces severe thunderstorm environments especially over the continental interior, associated with a cooler and drier atmosphere. Replacing the Gulf of Mexico with land primarily shifts severe thunderstorm environments slightly eastward from the central Great Plains into Illinois, though it does reduce them over southern Texas. This study makes clear that we have much more to learn about why North America is a hot spot for severe thunderstorms and tornadoes and, more generally, how severe weather may change in the future due to climate change globally.

Dan Chavas, an associate professor of atmospheric sciences at Purdue University, studies the physics of weather in the climate system and uses it to make better forecasts of weather and weather risk.

Funing Li, a PhD student, and Daniel Chavas, an associate Professor, of Purdue University were supported by NSF grant AGS1648681. Also, from Purdue University is Daniel Dawson, an assistant professor in EAPS. He is supported by NOAA grants NA18OAR4590313, NA19OAR4590209. Kevin Reed of Stony Brook University was supported by NSF grant AGS1648629. Nan Rosenbloom of the National Center for Atmospheric Research was supported by the Regional and Global Model Analysis (RGMA) component of the Earth and Environmental System Modeling Program of the U.S. Department of Energy's Office of Biological & Environmental Research (BER) via National Science Foundation IA 1947282.

Using a global climate model that is able to simulate the Earth’s atmosphere and its evolution, the authors performed two experiments: one with North American topography “flattened,” and one with the Gulf of Mexico “filled in” with land. Each experimental was compared against the control simulation of the present-day Earth climate to examine how the potential for severe thunderstorms over the U.S. changes with each geographic feature removed.