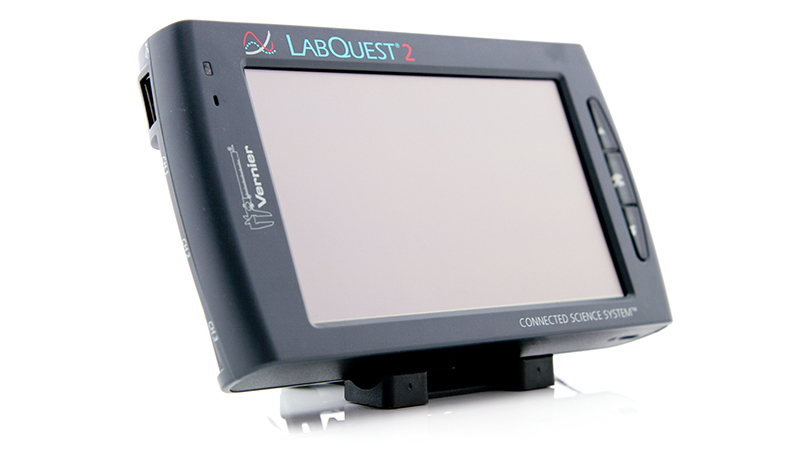 WEST LAFAYETTE, Ind. – Independence Science has been recognized by the National Federation of the Blind for technology that makes science more accessible to blind students.

The company received a 2021 Jacob Bolotin Award on July 10 during the National Federation of the Blind's virtual national conference. Independence Science created the Sci-Voice Talking LabQuest 2, a hand-held, talking data logger that connects to more than 75 sensors and probes. The sensors and probes collect quantitative data across subject areas including biology, chemistry, physics, and earth and space sciences.

Michael Hingson, spokesman and business development analyst at Independence Science, said blind students listen to the data as it is being collected. They also have access to the data afterward for additional analysis.

"Blind students remotely control the Sci-Voice TLQ2 device that is connected to the teacher's host computer. They can start and stop data collection, graph data and explore data tables," Hingson said. "By sharing audio in the virtual meeting platform, the JAWS audio feed – made possible by our partner VISPERO – comes through the blind student's speaker on their home computer. It is this interface that made scientific data collection possible during a global pandemic."

The Jacob Bolotin Award is named for the first documented blind doctor in the United States, living in Chicago in the late part of the 19th century. Hingson said Bolotin faced ignorance, prejudice and discrimination in medical school and his medical practice. Bolotin was driven to remove barriers to the inaccessible medical education he was faced with, and to educate classmates, faculty and eventual colleagues about the capabilities of the blind in medicine.

"We are extremely honored to receive this award, which recognizes us as being a pioneering positive force in the lives of blind people," Hingson said. "This award is a testimony to Independence Science's commitment to raising the bar for what is possible in science access for the blind in a remote laboratory science learning context."

Independence Science is headquartered at the Purdue Research Park of West Lafayette. It conducts demonstrations and presentations at conferences and offers free webinars on its products and services. It also offers remote and on-site consultations to train teachers and/or students on its science access methodologies.