Want to improve your child’s math skills? Read them a book. 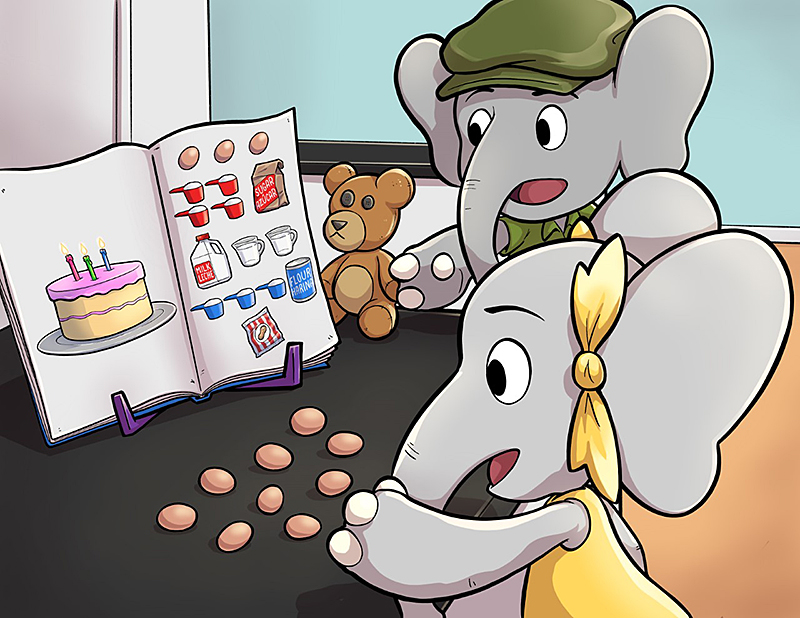 WEST LAFAYETTE, Ind. — Parents can improve their preschool child’s math skills by reading specially designed math picture books to them, according to a new study at Purdue University.

Through a grant from the Heising-Simons Foundation, David Purpura, associate professor in the Department of Human Development and Family Studies, and his colleagues collaborated with a professional children’s book author and illustrator to produce “The Little Elephants” series starring Benjamin, Lucy and their best friend, Bear — and then conduct a study. The results of the study were published April 15 in the Journal of Educational Psychology.

Early math language — words and concepts such as more, most, same, similar, different, few, less — are important for developing a foundation in math, so Purpura and his colleagues decided to design picture books that had these words embedded in the storyline to help parents engage their children in math at home.

“By embedding math into the books,” Purpura said, “we are able to support parents in teaching their children math in an activity that they already typically do.”

“We were really excited about these findings because parents and children really enjoyed the books, and the books helped to improve children’s math skills,” Purpura said. “In our prior work, we found that there weren’t a lot of books that had math language in them and great storylines.”

Research suggests that asking questions to engage children in books is one of the best ways to build their language skills. Purpura’s books contain questions on each page for parents to ask their children. The questions facilitate conversation between child and parent and ignite verbal mathematical reasoning within the child. Questions increase in complexity across the book and across the readings. An example: In “Just Enough Eggs,” the Little Elephants attempt to bake a cake. 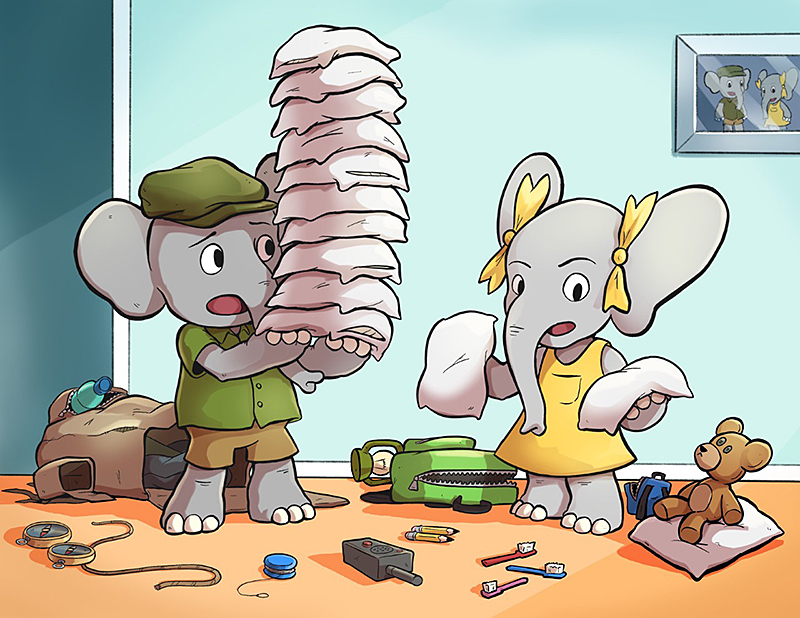 When Lucy accidentally breaks some of the eggs, parents are prompted to ask, “Why aren’t there enough eggs?” and “Now they have a different number of eggs as the recipe. How can they have the same amount?”

“We wanted to support parent-child engagement during reading by building engaging questions onto each page of the book,” Purpura said. “I have four kids of my own, and when I read to them, it can be challenging to come up with questions on the spot — and this is what I do research on! That’s why we wanted to include them in the books for families.”

Sara Schmitt, associate professor in the Department of Human Development and Family Studies, is the co-principal investigator on the project. She said picture books and the interaction between parent and child can lay the foundation for academic success later in school. Schmitt has read the books to her 3-year-old and was excited about the math interest that was generated.

“Asking the embedded questions during the readings provided a fun and engaging opportunity to talk about math,” Schmitt said. “Children do seem to have a natural curiosity for early math concepts; however, they need to be exposed to informal and formal math experiences and instruction in order to fully develop their mathematical competencies. The books are one way to do that.”

Purpura and his collaborators are continuing to develop other “Little Elephants” books through grants from the National Science Foundation and Institute for Education Sciences. They currently have six more titles in various stages of development.

Purpura also developed a series of educational books called “The Pattern Pals,” which is focused on early patterning skills with students from Purdue’s Honors College. These books follow Zoe the Parrot and Clara the Chameleon as they recognize patterns at the library, a birthday party and during a sleepover. Students from the Honors College and College of Education are working with Purpura to produce digital versions of “The Pattern Pals” series in the form of e-books and a 3D animated short video. The group applied for a grant in February to make the three “Little Elephants” titles into e-books as well.


Note to journalists: Images of David Purpura and artwork from his books are available on a Google Drive. Journalists visiting campus should follow visitor health guidelines.