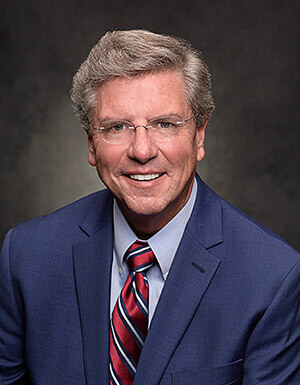 Daniel J. Hasler (Dan) is Founder and President of Hasler Ventures LLC, a company working to advance groundbreaking technologies by moving them to the public through collaborations with industry.

Hasler, who retired from Purdue University in March 2020, served Purdue as Executive Vice President for Communications and oversaw the University’s sesquicentennial celebration in 2019.

He previously served five years as President of Purdue Research Foundation where he was responsible for protecting the University’s intellectual property and managing its entrepreneurial and technology transfer activities.  In this capacity, Hasler helped move Purdue’s life-changing innovations through commercialization to the benefit of the public. Purdue innovations are used by millions of people in more than 100 countries around the globe.

He has an extensive 31-year career at Eli Lilly and Co., a Fortune 500 global pharmaceutical company headquartered in Indianapolis. While at Eli Lilly, Hasler served in a number of leadership positions, most recently as Vice President for Global Marketing, and was responsible for the commercial strategy and market performance of Lilly’s pharmaceutical portfolio. He also was the Chief Marketing Officer for Eli Lilly USA. Prior to that, he led the commercial operations of Eli Lilly’s largest European group for three years and was General Manager and President of Eli Lilly of Brazil LTD. In 2010, Hasler was the recipient of the Lilly Lifetime Achievement Award.

A native of Paris, Ill., Hasler is a graduate of DePauw University and has a Master of Business Administration from Duke University. In 2019, he received the Robert C. McDermond Medal for Excellence in Entrepreneurship from DePauw. He is actively involved in the Hoosier community and serves on a number of boards.