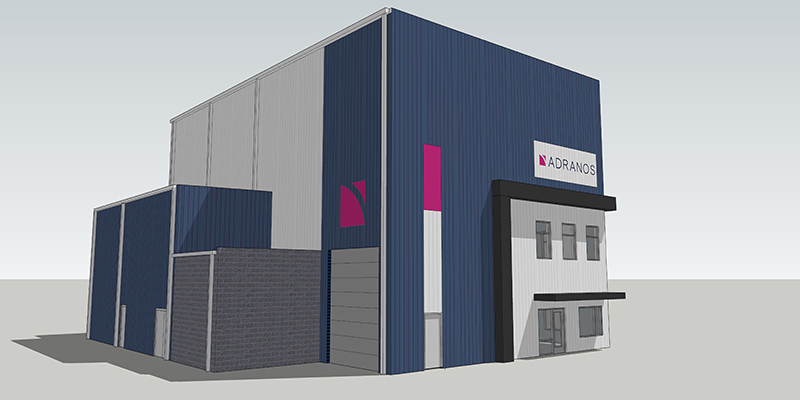 The company has obtained $5.1 million in land, funding and tax credits, collectively from Purdue Research Foundation and the Indiana Economic Development Corporation.

Adranos will use these incentives to construct its facility in the Purdue Research Park. Adranos expects to serve a broad customer base, including the major military branches and relevant aerospace and defense contractors. The facility will support ongoing efforts that Adranos is currently performing through its rocket motor research and development division.

“ALITEC’s performance benefits make it an ideal solution for any solid rocket system that is seeking to extend range, increase payload capacity or reduce rocket form factor,” said Chris Stoker, CEO of Adranos. “This facility will enable us to scale these solutions to the large volumes that will be required by our customers.”

Expansion of Adranos’s manufacturing capabilities aligns with the state of Indiana’s goals of increasing defense spending and becoming a leader in the development of hypersonic technologies. Adranos is currently performing work sponsored by the Department of Defense to evaluate ALITEC in both solid rocket boosters for hypersonic programs and in air breathing systems called solid-fuel ramjets that use solid rocket fuel. As demand for ALITEC grows, so too will defense spending in the state.

“Indiana is committed to embracing disruptive technology like Adranos’s ALITEC to bolster its economic industries and position the state for long-term global competitiveness and economic growth in the defense sector,” said retired Major Gen. Omer C. (Clif) Tooley, IEDC president of defense development. "Indiana is ranked No. 1 in the nation in tech job growth among small firms, and as a state, we'll continue supporting innovative companies like Adranos and securing our spot as a top place to grow and innovate."

Similarly, Adranos’s growth aligns with PRF’s mission of innovating and commercializing technologies developed at Purdue University. By supporting Adranos’s efforts to establish a production facility, PRF is enabling the transition of ALITEC production from laboratory scale to production scale.

“Adranos is another exciting example of an innovative company that touches many parts of the Purdue commercialization ecosystem,” said Brian Edelman, president of the Purdue Research Foundation. “We are thrilled that this new facility in Purdue Research Park will help further advance the Adranos technology and boost the state’s economy.”

Recently, Adranos won more than $3.2 million in government contracts, was named to Pepperdine University’s most fundable companies list, and took the grand prize at the Army’s inaugural xTechSearch competition.

IEDC offered Adranos up to $525,000 in conditional tax credits and up to $200,000 in training grants based on the company’s job creation plans. IEDC also offered up to $500,000 in conditional tax credits from the Hoosier Business Investment tax credit program based on the company’s planned capital investment in Indiana. These tax credits are performance-based, meaning the company is eligible to claim incentives once Hoosiers are hired and investments are made. The company has also been awarded $75,000 in Small Business Innovation Research matching grants from Elevate Ventures, and received $20,000 in funding through the Elevate Purdue Foundry Fund.

Adranos Inc. regularly performs research and development of energetic materials and is primarily focused on increasing the range in missiles and other firing systems. Adranos’s capabilities include the manufacturing and testing of rocket motors and other related activities.

The Purdue Research Foundation is a private, nonprofit foundation created to advance the mission of Purdue University. Established in 1930, the foundation accepts gifts; administers trusts; funds scholarships and grants; acquires property; protects Purdue's intellectual property; and promotes entrepreneurial activities on behalf of Purdue. The foundation manages the Purdue Foundry, Purdue Office of Technology Commercialization, Purdue Research Park, Purdue Technology Centers and University Development Office. In 2020, the IPWatchdog Institute ranked Purdue third nationally in startup creation and in the top 20 for patents. The foundation received the 2019 Innovation and Economic Prosperity Universities Award for Place from the Association of Public and Land-grant Universities. For more information on licensing a Purdue innovation, contact the Purdue Office of Technology Commercialization at otcip@prf.org. For more information about involvement and investment opportunities in startups based on a Purdue innovation, contact the Purdue Foundry at foundry@prf.org.