Note to Journalists: Photos of Joseph Jewell and Carson Slabaugh as well as an image of the HYPULSE tunnel, are available on Google Drive. 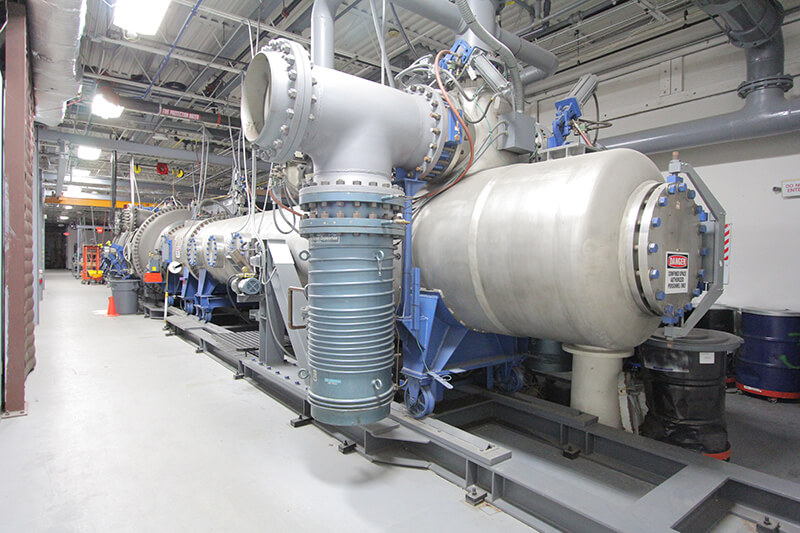 Purdue University is adding a Hypersonic Pulse (HYPULSE) shock tunnel to its expanding array of facilities to research aspects of hypersonic flight. The tunnel was donated by Northrop Grumman Corp. (Northrop Grumman photo)

WEST LAFAYETTE, Ind. — Purdue University is pushing forward at new speeds in hypersonics work with the addition of a Hypersonic Pulse (HYPULSE) shock tunnel to its quickly expanding array of research facilities.

The HYPULSE tunnel is a donation from Northrop Grumman Corp. Efforts are underway to disassemble and move the 150-foot-long tunnel from Ronkonkoma, New York to West Lafayette, Indiana.

Once installed, Purdue will be only the second university in the U.S. to offer such a hypersonics test capability.

Theresa Mayer, executive vice president for research and partnerships, said the donation expands Purdue’s research and data collection in flow physics and opens new opportunities in tests and evaluations to academia, industry and the government. 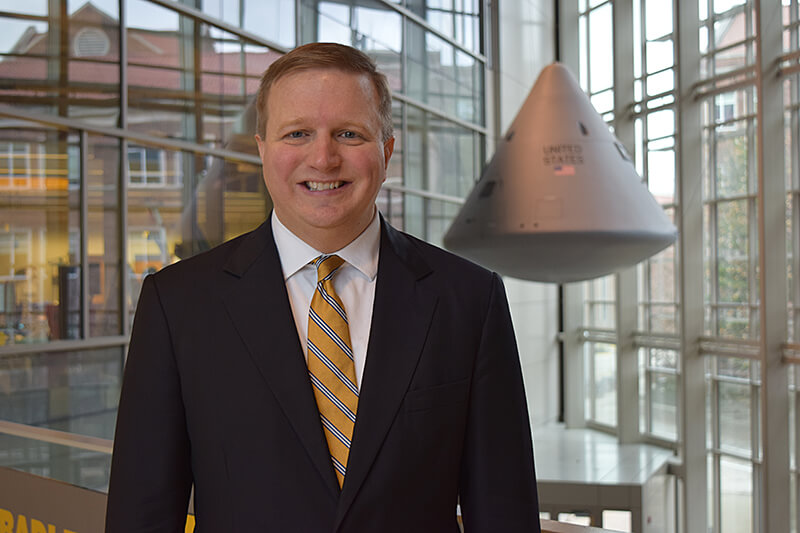 “Purdue is continuing to invest in infrastructure to support hypersonics research and education, and will open the HYPULSE tunnel for collaboration with external organizations,” Mayer said. “This will allow researchers from across academia, industry and the government to access the unique test conditions enabled by HYPULSE for their most demanding aerothermodynamic experiments.”

The HYPULSE tunnel will allow flight simulations at speeds ranging from Mach 5 to as high as Mach 40. At Mach 9, a plane can travel from Washington, D.C., to California in just 15 minutes. A conventional plane leaving Washington, D.C,. could reach Virginia, Maryland, and only parts of neighboring states in the same time.

“At Northrop Grumman we are committed to increasing STEM educational opportunities that engage, excite and educate students,” said John Hayes, director of Propulsion Systems and Controls, Northrop Grumman. “The HYPULSE tunnel will help students from across the country conduct in-depth research into the world of hypersonic applications.”

“HYPULSE is yet another key step forward in building Purdue’s contribution to the nation’s need in hypersonics research,” said Dan DeLaurentis, professor of aeronautical and astronautical engineering and director of Institute for Global Security and Defense Innovation.

Purdue has one of the most comprehensive hypersonics research capabilities in the country, with nearly 40 world-renowned researchers in hypersonics, with expertise in navigation, aerodynamics, aerothermal effects propulsion, autonomy, system engineering, high-temperature materials, and manufacturing. Earlier in 2020, Purdue University was awarded an Air Force contract to develop the first quiet Mach 8 quiet wind tunnel in the world. Purdue’s capabilities add to Indiana’s research in related fields, including the University of Notre Dame’s research in aerodynamic effects, Indiana University’s advanced computing and hypersonic modeling and simulation research, and the Naval Surface Warfare Center, Crane Division’s engineering, testing, and modeling capabilities.

“American technological superiority is built on determined research and on the investments in the next generation of engineers and innovators who our unparalleled research universities, like Purdue, produce,” said Hawk Carlisle, president and CEO of the National Defense Industrial Association. “Purdue’s acquisition of this HYPULSE shock tunnel is such an investment, and it will pay dividends in future capabilities.”

Shock tunnels like HYPULSE start with a reservoir of air at high pressure and high temperature. A shock wave is used to shoot the air through a nozzle at high speeds, reaching temperatures as much as 8,000 degrees Kelvin. It allows tests ranging from a thousandth of a second to the longest, a hundredth of a second.

The high-speed tests recreate high-speed flight scenarios such as space craft re-entry or missile flight through the atmosphere as well as replicating unique engine conditions for extremely high-speed propulsion.

School of Aeronautics and Astronautics faculty are tasked with planning aerodynamics and propulsion testing programs that will use the extreme test conditions that HYPULSE can create. Joseph Jewell, an assistant professor, will focus on aerodynamics testing programs, and Carson Slabaugh, also an assistant professor, will work with propulsion projects.

“Very few experimental facilities can replicate these conditions,” Slabaugh said. “In the university environment, we can be very agile, working on different projects with government and with industry. We’re researchers, keen to understand the fundamental flow physics at relevant flight conditions.” 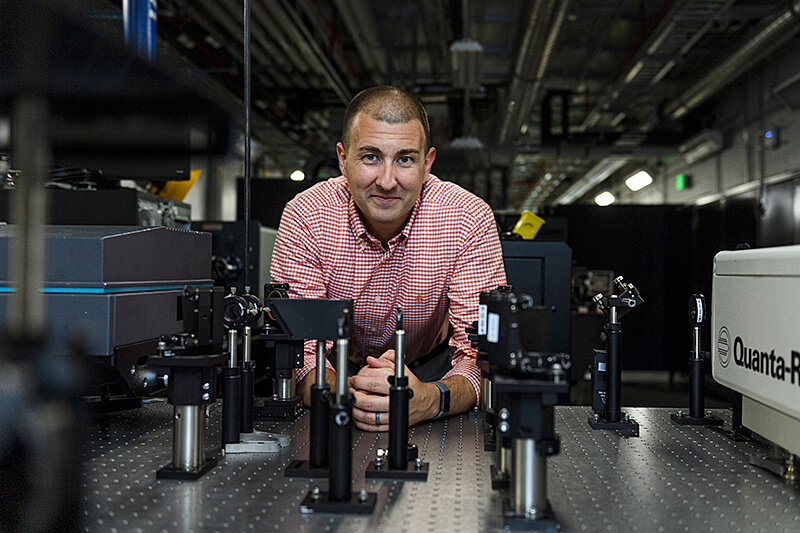 “There’s a lot of potential here to have a high impact on technology that is developed from this understanding,” he said.

“Purdue already has built a strong reputation in hypersonics,” he said. “With HYPULSE, we'll have access to higher Mach numbers and higher temperatures than we have previously been able to work with at Purdue. This will open up a whole new area of aerodynamic research for us.”

Hypersonic defense abilities are considered “game-changing” technologies. With systems that can travel at speeds of Mach 5 or faster and are highly maneuverable, hypersonics are potentially very effective against heavily defended areas.

Prior to Purdue, the HYPULSE shock tunnel has seen its share of history, being used by NASA for the space shuttle heat shield and the U.S. Air Force for design of its X-43 scram jet design, which set several air-speed records.

With 40 researchers and long-held collaborations with the National Defense Industrial Association, Purdue is establishing itself as a hypersonics hub that benefits the country in both research and development. In July 2019, Purdue hosted the inaugural NDIA Hypersonics Capabilities Conference, which brought military, government, congressional, industry and policy leaders to further advance U.S. hypersonic systems.

Sources: Joseph Jewell, 765-494-6549, jsjewell@purdue.edu. In addition to phone interviews, the professor is available for interviews via Zoom as well as Skype and WebEx.

Carson Slabaugh, cslabau@purdue.edu. In addition to phone interviews, the professor is available for interviews via Zoom as well as Skype and WebEx.