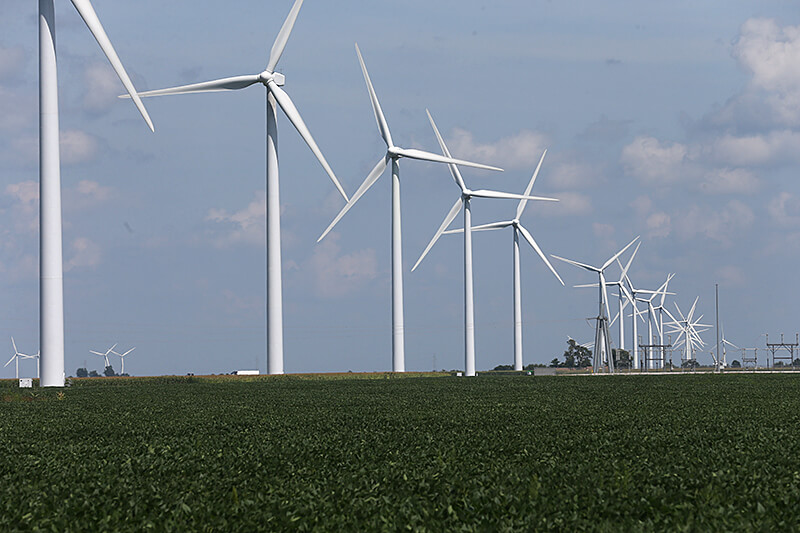 WEST LAFAYETTE, Ind. – Wind power electricity generation arrived on the Indiana landscape in 2008. Early projects were concentrated in areas with favorable wind conditions. But a recent study by Purdue researchers revealed that subsequent innovations in wind power technologies, such as taller turbines with larger capacities, have made it economically viable for other Indiana areas to host utility-scale wind farms.

The study also found that Indiana county governments that allowed the development of utility-scale wind farms have benefited financially from the decision. For example, in 2019, Benton County received $4.3 million in property tax revenue from wind turbines ($492 per citizen), while White County received $2.3 million ($94 per citizen). Additionally, much of the increased revenue from wind industry property taxes was used to reduce the property tax burden on land in the same townships as the turbines themselves.

“We’ve seen vast improvements in wind-generated technology, and that has opened the door in areas that couldn’t normally adopt this type of technology,” said Michael Wilcox, assistant director of Purdue Extension Community Development and principal investigator on the project. “What’s most important is that people in these areas understand that the technology is available and be able to make an informed decision on whether or not to invest in wind energy.”

The multidisciplinary team from Purdue Extension Community Development, Purdue Center for Regional Development and Purdue Department of Agricultural Economics analyzed areas where wind farm projects have and have not been located and examined socio-economic conditions that have resulted since the wind farms were (or were not) installed and made operational. Researchers ultimately wanted to understand the dynamics within counties that lead to a decision to support or oppose utility-scale wind generation. The full study is available at https://cdext.purdue.edu/collaborative-projects/wind-energy/.