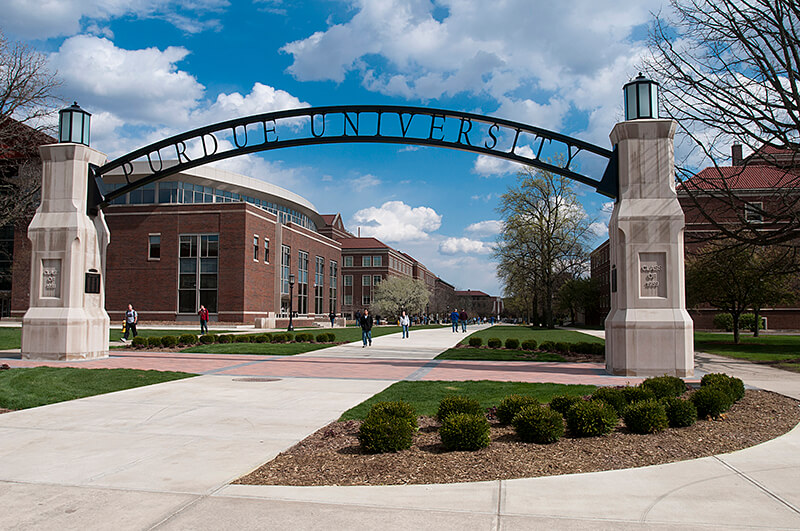 WEST LAFAYETTE, Ind. — A possible target for a drug therapy for Parkinson's disease has been identified by a research team led by scientists at Purdue University.

Although drugs exist to lessen the symptoms of Parkinson's disease, no drugs are available to actually stop or slow its progression, according to Chris Rochet, professor of medicinal chemistry and molecular pharmacology, and the John and Donna Krenicki director of the Purdue Institute for Integrative Neuroscience.

"We're carrying out studies aimed at understanding what is causing neuron death in Parkinson’s because, at the moment, the disease can be managed well for a limited number of years in terms of alleviating symptoms, but nothing slows down the progressive damage to the brain that causes these symptoms," Rochet said. "That's why the symptomatic therapy stops working well after several years. So, what we desperately need in the field is an understanding of what's occurring to cause the neurodegeneration in the first place.”

This study took advantage of a key difference in the brains of mice and humans. The protein that is involved in Parkinson's disease, alpha-synuclein, can become toxic in human brains but does not cause neurodegeneration in mouse brains. When comparing the differences, the researchers identified two particular amino acids that account for the difference in toxicity of alpha-synuclein produced in the brains of humans compared to mice. This indicates that the region of the human protein with the two different amino acids could be a drug target that if neutralized would slow the progress of the disease.

The results were published recently in the journal Molecular Neurodegeneration.

"These results give us some clues about what could be killing neurons in the brains of Parkinson's patients with greater understanding and detail than we've had previously about the actual process involved," Rochet said.

Rochet said that this discovery is an "intermediate" step in developing a drug for Parkinson's disease because more needs to be known about the role of these sites in the disease.

"That's not well understood, and we also don't have a clear idea of the structure of that region of the protein,” he said. “Based on what we know about the biochemistry of that region of the protein, it is likely that it is unfolded, so that means it's going to be difficult to target. We may be able to design some antibodies that hit right at that site —it's possible, but there will be challenges."

Rochet said these findings could be relevant not only to Parkinson's disease, but to a wide range of neurodegenerative disorders.

In addition to more effective drug treatments, Rochet said biomarkers are needed to identify and diagnose the disease at least a decade earlier than is possible now.

"The search for these biomarkers is a big push in the field and something my lab is also working on," he said. "Right now, by the time symptoms are present and the disease is diagnosed, there has already been tremendous damage done in the brain.”

"This has really revolutionized how clinicians can monitor the disease during the early stages and, in some cases, even in the pre-symptomatic states.

"We're advancing in remarkable ways, thanks to new technologies such as genomics and data science. Here at Purdue we have a cell engineering core that allows us to obtain stem cells from blood or skin cells from a human patient, and then turn those into human neurons. Then we work closely with engineers on campus who have expertise in imaging and microfluidics to do some unique things with cultured neurons. So, the field of neurodegenerative disease research is really poised to move forward quickly because these technologies are just beginning to take off."

between human and mouse α-synuclein

Background: α-Synuclein (aSyn) aggregation is thought to play a central role in neurodegenerative disorders termed synucleinopathies, including Parkinson’s disease (PD). Mouse aSyn contains a threonine residue at position 53 that mimics the human familial PD substitution A53T, yet in contrast to A53T patients, mice show no evidence of aSyn neuropathology even after aging. Here, we studied the neurotoxicity of human A53T, mouse aSyn, and various human-mouse chimeras in cellular and in vivo models, as well as their biochemical properties relevant to aSyn pathobiology.

Results: Mouse aSyn was less neurotoxic than human aSyn A53T in cell culture and in rat midbrain, and data obtained for the chimeric variants indicated that the human-to-mouse substitutions D121G and N122S were at least partially responsible for this decrease in neurotoxicity. Human aSyn A53T and a chimeric variant with the human residues D and N at positions 121 and 122 (respectively) showed a greater propensity to undergo membrane- induced aggregation and to elicit vesicle disruption. Differences in neurotoxicity among the human, mouse, and chimeric aSyn variants correlated weakly with differences in fibrillization rate or fibril morphology.

Conclusions: Mouse aSyn is less neurotoxic than the human A53T variant as a result of inhibitory effects of two C- terminal amino acid substitutions on membrane-induced aSyn aggregation and aSyn-mediated vesicle permeabilization. Our findings highlight the importance of membrane-induced self-assembly in aSyn neurotoxicity and suggest that inhibiting this process by targeting the C-terminal domain could slow neurodegeneration in PD and other synucleinopathy disorders.