Broadband grows best when states are proactive, take down barriers 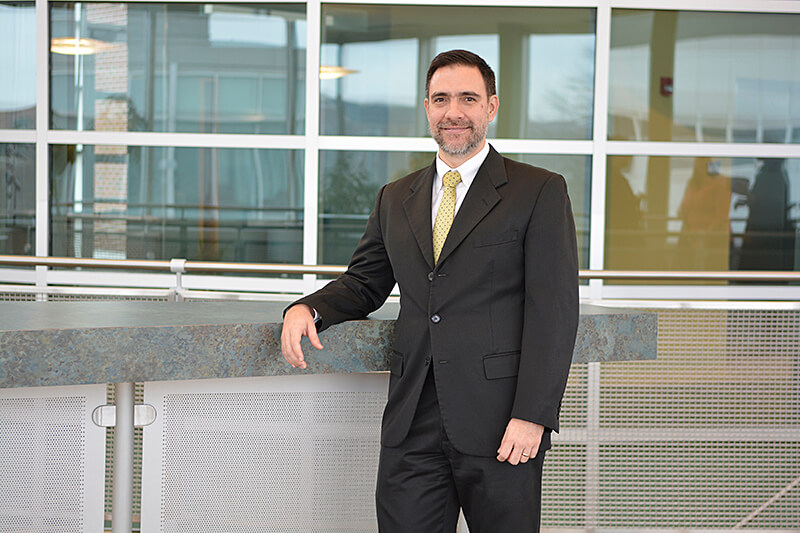 WEST LAFAYETTE, Ind. — Access to high-speed broadband internet improves entrepreneurship and economic growth, while lack of it has detrimental effects on education. Still, millions of people across the United States, many living in rural areas, lack access to broadband and the resources to develop broadband infrastructures.

State policies can both help and hinder a community’s efforts to acquire broadband access, according to a study by Purdue University and Oklahoma State University. Using data from the Pew Charitable Trust’s State Broadband Policy Explorer, the study showed that people have better access to broadband in states that organize broadband task forces or offices and that provide state funding for broadband development. States that restrict municipalities from developing broadband on their own have fewer residents able to access high-speed internet.

“If you’re not connected, if you’re on the wrong side of the broadband divide, you’re going to have a difficult time doing business, educating children and growing your economic base,” said Roberto Gallardo, co-author of the study, director of the Purdue Center for Regional Development and a Purdue Extension community and regional economics specialist. “This issue has had even more light shined on it during the COVID-19 pandemic as people are doing more business online and schools are shifting some or all of their education to e-learning platforms.”

Federal Communications Commission data show that residents with access to broadband — defined as the ability to download 25 megabits per second and upload 3 megabits per second (25/3) — increased from 35 % in 2011 to 78% in 2018, but that varied amongst states. In nine states in 2018, more than 90% of rural residents had access to broadband; whereas in six states, fewer than 60 % of rural residents had access.

The study findings, published in the journal Telecommunications Policy, used the Pew data to determine on a county-by-county level how state policies affected access to 25/3, fiber and competition — areas that have at least two providers offering 25/3 speeds. The study controlled for income, education, age and population density.

In rural areas, those municipal restrictions led to lower 25/3 and fiber availability. State broadband funding programs led to higher levels of 25/3, fiber and competition in rural areas. While a statewide broadband office didn’t affect rural 25/3 availability, it did lead to more access to fiber.

“Overall, a state broadband office coordinates and funnels resources to make sure broadband investments are made at the local level,” Gallardo said. “They are critical. In states that do not have broadband offices, local communities are on their own when trying to get federal money or companies to invest in their areas

“We want to inform policymakers, practitioners and anyone else interested in broadband that these issues are affecting connectivity,” Gallardo said. “If we want to increase the share of people who have access to broadband, we have strong evidence that states can make a difference.”

We use a county-level panel dataset from 2012 to 2018 to assess the impacts of various state policies on total and rural broadband availability in the United States. The primary dependent variable is the percentage of residents with access to 25 Megabits per second (MBPS) download and 3 MBPS upload speeds via a fixed connection, with alternative specifications considering other aspects of availability such as technology type and competition. We control for the main determinants of Internet availability such as income, education, age, and population density. Our policy variables come from the newly released State Broadband Policy Explorer from the Pew Charitable Trusts and individual contacts from the nationwide State Broadband Leaders Network. Our primary policies of interest are those related to: (1) availability of state-level funding, (2) existence of a state-level broadband office/task force with full-time employees, and (3) restrictions on municipal/cooperative broadband provision. We find a positive and significant impact of state-level funding programs on general (and fiber) broadband availability, and a negative impact of municipal/cooperative restrictions. The findings are similar when the analysis is restricted to the rural portions of counties.