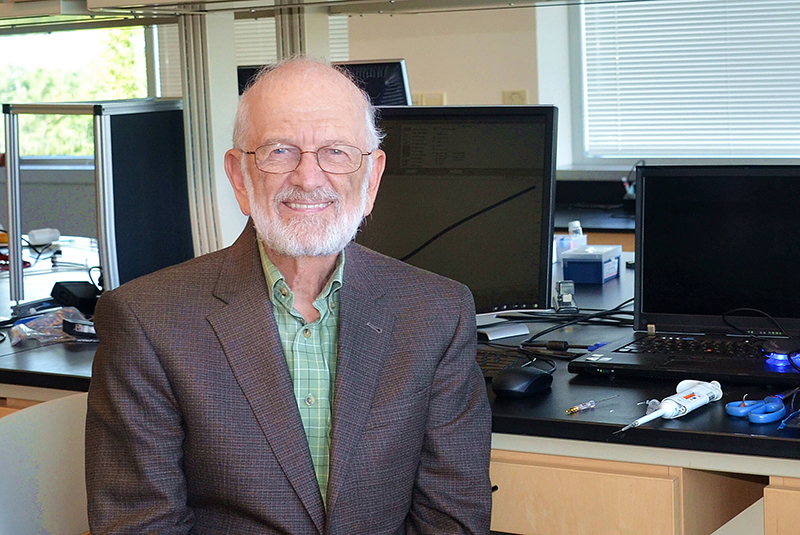 R. Graham Cooks, the Henry B. Hass Distinguished Professor, co-founded Griffin Analytics and Prosolia Inc., two of the nine Purdue startups that were acquired by international companies. Cooks holds more than 100 patents and is a member of the National Academy of Sciences. (Purdue University photo)

The distinction marks the sixth straight year that Purdue has ranked in the top 20. Purdue ranked 12th in the rankings in 2018, 17th in 2017, 15th in 2015 and 16th in 2014. Purdue is among only a dozen U.S. universities to be rated in the top 20 in each of the past five years and one of only a few in the top 20 without a medical school. The rankings are based on data obtained from the U.S. Patent and Trademark Office.

“Purdue’s ranking in the top 20 in issued U.S. patents for the sixth straight year recognizes the renowned researchers at Purdue and their contributions to improving lives around the globe,” said Brooke Beier, vice president of the Purdue Office of Technology Commercialization. “It also demonstrates Purdue’s robust research and development ecosystem and ability to turn ideas from the laboratory into patents that are of interest to industry and the entrepreneurial community.”

Graham Cooks, the Henry Bohn Hass Distinguished Professor of Chemistry and a member of the National Academy of Sciences, holds 100 patents. He also catalyzed the foundation of several companies to commercialize his innovations including Griffin Analytical Technologies and Prosolia Inc.; international companies acquired both. Cooks' scientific accomplishemnts are profiled here.

“I am not surprised that Purdue does so well in the receiving utility patents. The recognition is reflects of the entire process, the support system and all the resources that the university provides for researchers to do their work,” Cooks said. “It’s a special place.”

The National Academy of Inventors and the Intellectual Property Owners Association have published the report annually since 2013.

In 2017, the Milken Institute ranked Purdue 12th in its list of best universities for technology transfer, ranking Purdue No. 1 in the Midwest and No. 1 nationally among public institutions without a medical school.

Purdue received the 2019 Innovation and Economic Prosperity Universities Award for Place from the Association of Public and Land-grant Universities for its work in entrepreneurship and technology-based economic development.

The Purdue Office of Technology Commercialization operates one of the most comprehensive technology transfer programs among leading research universities in the U.S. Services provided by this office support the economic development initiatives of Purdue University and benefit the university's academic activities. The office is managed by the Purdue Research Foundation, which received the 2016 Innovation and Economic Prosperity Universities Award for Innovation from the Association of Public and Land-grant Universities. For more information on licensing a Purdue innovation, contact the Office of Technology Commercialization at otcip@prf.org or visit www.prf.org/otc/. For more information about funding and investment opportunities in startups based on a Purdue innovation, contact the Purdue Foundry at foundry@prf.org. The Purdue Research Foundation is a private, nonprofit foundation created to advance the mission of Purdue University.