Chemicals released into the air could become less hazardous, thanks to a missing math formula for droplets 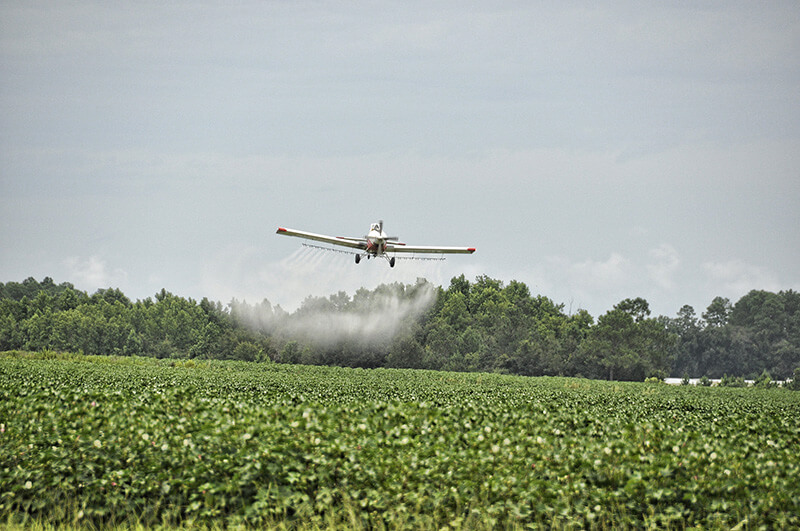 WEST LAFAYETTE, Ind. — Drones and other aircraft effectively spray pesticides over miles of crops, but the method also can pollute the environment if wind carries the mist off-target.

One of the problems is that tiny droplets are hard for aerial crop sprayers, inkjet printers and a wide range of other machines to control. Purdue University engineers are the first to come up with the math formula that was missing to measure a key property of these droplets.

“There are many properties that affect how a droplet forms. One of those important properties is surface viscosity, which people have had a heck of a time trying to measure because they just didn’t have the tools to do it,” said Osman Basaran, Purdue’s Burton and Kathryn Gedge Professor of Chemical Engineering.

Basaran and his students have figured out a way to calculate surface viscosity just by looking at how a droplet stretches. A picture taken of the stretched droplet as it starts to break gives the values to put into a simple math formula that provides the surface viscosity measurement.

The formula is described in a paper published in the journal Physical Review Letters. The discovery ends a decades-long race by researchers around the world to make surface viscosity measurable. Other co-authors on this paper include Hansol Wee, Brayden Wagoner and Pritish Kamat.

Not being able to measure exactly how much surface viscosity affects drop formation has put limits on making machines safer and more precise, said Basaran, who directs a center that works to resolve the science behind problems in manufacturing machinery.

Purdue researchers have figured out a way to calculate surface viscosity just by looking at a stretched droplet as it starts to break. (Purdue University images/Brayden Wagoner and Osman Basaran) Download image

Solutions provided by the center, called the Purdue Process Safety and Assurance Center, directly help partners in industries such as agriculture, health care and energy.

A better understanding of droplets and how to control them affects all those industries. Like crop spraying, inkjet printing in a factory produces tiny droplets that can get into the air and cause breathing problems.

More precise control of a liquid-like substance also could enhance a machine’s performance, such as giving a 3D printer the ability to produce more reliable or detailed objects.

“A material with too high or too low surface viscosity can lead to bad outcomes in the manufacturing process. Knowing those measurements allows you to use different chemistries to make a material that doesn’t lead to a surface viscosity that’s going to result in a bad outcome,” Basaran said.

Next, Basaran’s team plans to incorporate this math formula into experiments for recommending new machine designs. The formula could also become a commercial instrument in the future, such as a smartphone app.

“This discovery opens up a lot of avenues for basic research that just weren’t possible before,” Basaran said.

This research received no external funding.

Effects of surface viscosity on breakup of viscous threads

Note to Journalists: For a copy of the paper, please contact Kayla Wiles, Purdue News Service, at wiles5@purdue.edu. Multimedia of droplets and a stock photo of an airplane crop duster are available via Google Drive.