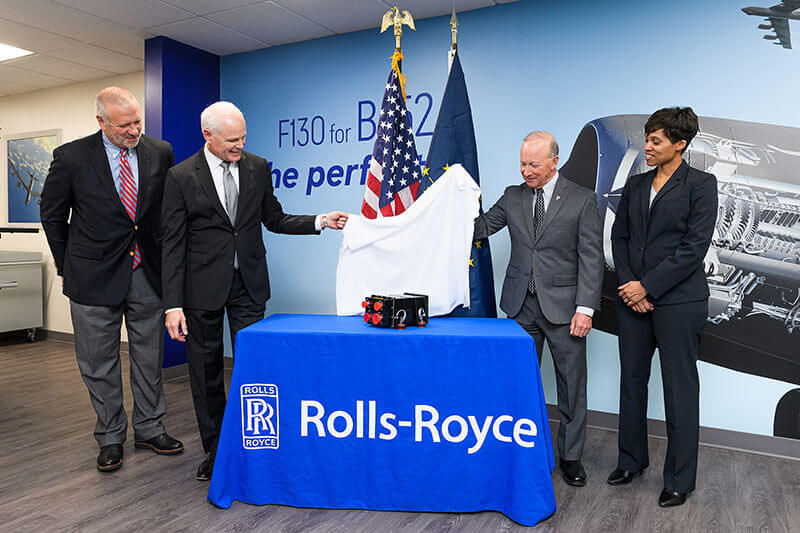 WEST LAFAYETTE, Ind. – Rolls-Royce has created a new engine controls capability near the campus of Purdue University to support its U.S. defense business, including the F130 engine competing for the U.S. Air Force B-52 program.

Rolls-Royce will assemble and test electronic engine controllers, which help manage in-flight engine operations. The first controller has been completed at Rolls-Royce in the Purdue Research Foundation’s Discovery Park District adjacent to the Purdue University campus in West Lafayette, Indiana, and will be installed onto a Rolls-Royce AE 3007H engine, manufactured at the company’s facilities in Indianapolis. 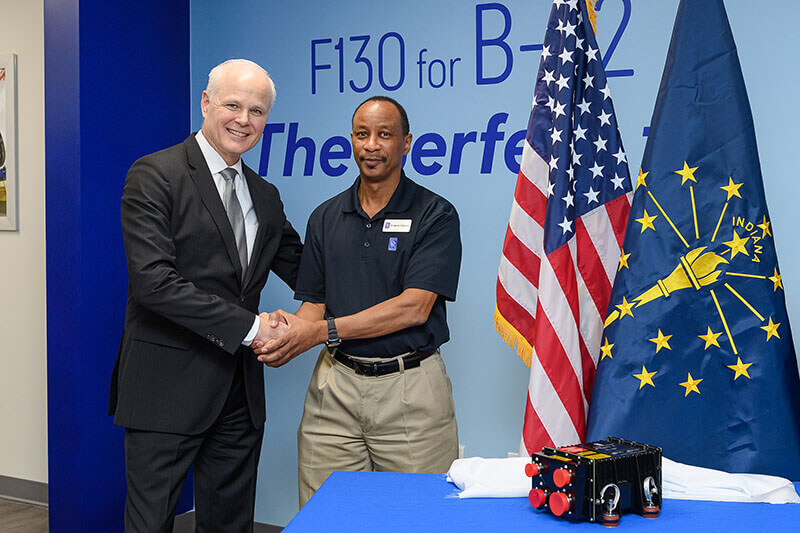 Tom Bell, Rolls-Royce, president - Defense and CEO of Rolls-Royce North America, said, “Rolls-Royce has partnered with Purdue University for decades, and we are excited to launch our new controls capability near the campus to assemble and test these high-tech engine components. Whether for the Rolls-Royce AE family of engines or for our competitive F130 engine for the B-52, these new controllers will support U.S. military pilots as they fly around the world, offering the highest-quality technical product.”

Purdue University is a designated Rolls-Royce University Technology Partnership that recognizes its collaborations on research, including advanced engine technology, materials and testing capability, and a Rolls-Royce investment at the university topping $18 million since 2015 and more than 600 Purdue graduates among the company’s workforce in Indianapolis. Rolls-Royce and Purdue also have collaborated on initiatives in cybersecurity and digital technology, as well as the new controls project.

“The new electronic engine controllers that Rolls-Royce is developing build on the long history of collaborative research and development between Purdue and Rolls-Royce,” said Brian Edelman, president of Purdue Research Foundation. “It also is a great opportunity for Rolls-Royce to expand on the success of the company’s 2017 opening of its research and development of jet engine components in the Discovery Park District.”

Electronic engine controllers are responsible for control of complicated gas turbine engines, monitoring and adjusting multiple factors such as air and fuel flow. The high-tech controllers, which are about the size of a laptop computer, are safety-critical technical components that reduce pilot workload and enhance fuel efficiency. The very first engine equipped with the new controller will be delivered to Northrop Grumman for installation on a U.S. Navy Triton aircraft. Additionally, the new controllers will be installed on AE 3007 engines bound for the U.S. Air Force Global Hawk and the U.S. Navy MQ-25 Stingray aircraft.

The facility at Purdue also will assemble electronic controllers for Rolls-Royce F130 engines for the Air Force B-52 strategic bomber re-engining program, if the company wins the engine competition later this year. F130 engines also would be manufactured at the company’s Indianapolis facilities, and Rolls-Royce would add more than 150 new jobs in manufacturing, engineering, program management and other positions for the F130 program. Additional photos and video can be found here.

Rolls-Royce has delivered more than 7,000 engines in its AE family from Indianapolis, for a wide variety of defense and commercial aircraft. Defense aircraft powered by Rolls-Royce AE engines include the revolutionary V-22 tiltrotor, the global C-130J fleet, and the Global Hawk high-altitude, unmanned aerial vehicle. On the commercial side, AE engines power Embraer 135 and 145 aircraft, the Cessna Citation X+ and other aircraft.

A $600 million Rolls-Royce investment in modernization and technology programs is nearing completion in Indiana, including state-of-the-art advanced manufacturing at its Indianapolis facilities – paving the way for optimized production of an engine in the F130 size class.

Rolls-Royce employs 6,000 people in 27 states across the U.S, literally coast-to-coast, from southern California to Walpole, Massachusetts. In addition, Rolls-Royce business supports more than 52,000 jobs across the US, adding nearly $9 billion to the nation’s economy each year.

Rolls-Royce has invested nearly $1 billion in research and development in the US since 2013.

Note to Journalists: Additional photos and video can be found at https://purdue.university/2ID91Mk.