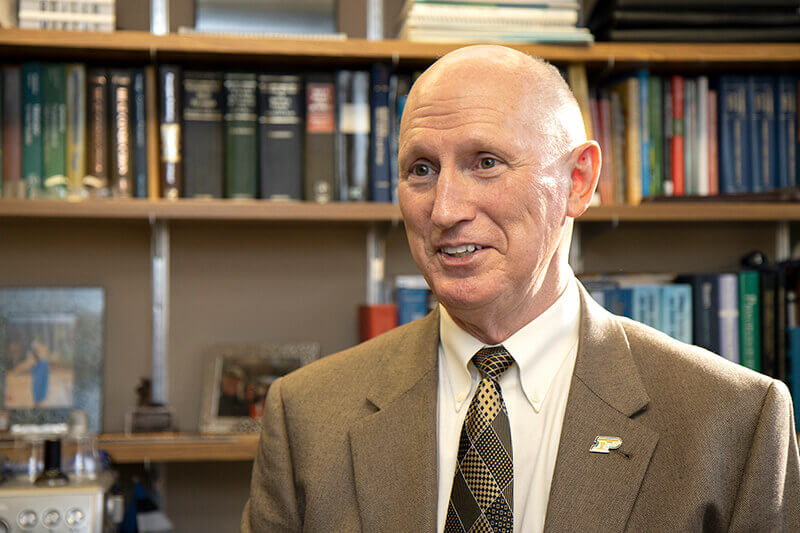 John Sheffield, a professor of engineering technology in Purdue’s Polytechnic Institute, is part of a delegation that will receive a private audience with Pope Francis to discuss hydrogen as a sustainable energy in the face of climate change. (Purdue University photo/John O’Malley)
Download image

John Sheffield, a professor of engineering technology in Purdue’s Polytechnic Institute, will this week discuss hydrogen energy technologies on one of the biggest stages as he earns a private audience with Pope Francis on Friday (Feb. 7).

“Today, as an industrial gas, hydrogen is already a big global business,” Sheffield said. “It is used by industry for refining petroleum, treating metals, producing fertilizer and processing foods.”

Sheffield, president of the International Association for Hydrogen Energy, will be joined by a delegation of four other organization members to meet with the pope.

Sheffield has a broad base of experience in energy technologies. He joined Purdue University in January 2015 as a professor in the School of Engineering Technology.

The delegation was notified in late December of the opportunity to appear before the pope and will have a one-page petition prepared.

“It’s language that says, ‘This is our belief, our values and our vision,’” Sheffield said. “We believe that hydrogen energy is the best and permanent solution for a sustainable energy future.

“I don’t know what the outcome will be, but for me and the individuals in our organization, this is a unique opportunity.”

Sheffield said the group will answer any questions Pope Francis might have.

Sustainable hydrogen energy technologies use the unique characteristics of hydrogen as a clean energy carrier for a wide range of production, storage, distribution and end-use pathways.

The integration of hydrogen energy technologies range from electric-power generation for domestic, commercial and industrial sectors to renewable energy storage systems, and electric transportation systems such as cars, buses, trains, ships, and airplanes.

Sheffield said hydrogen has the highest energy value per unit mass of any fuel.