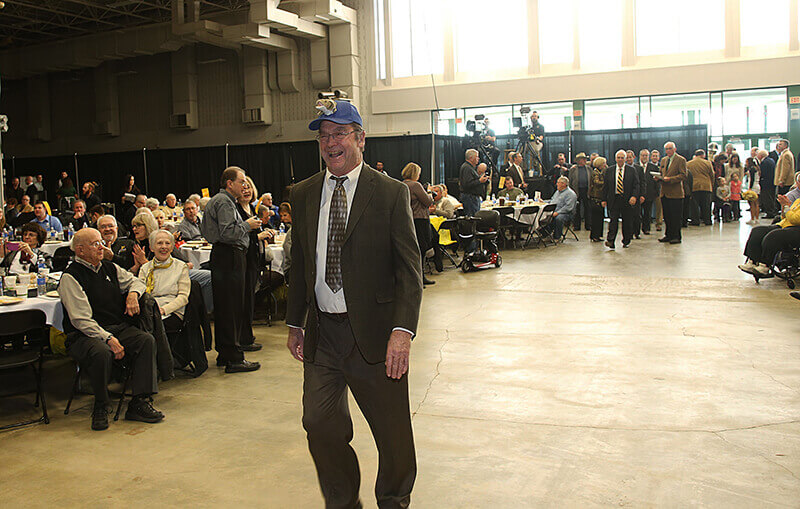 Doster joined the Purdue faculty as an Extension farm management specialist in 1968 after earning his doctoral, master’s, and bachelor’s degrees in agricultural economics from The Ohio State University. He was well-known for his work in Extension, as one of the founders and previous heads of the Purdue Top Farmer Workshop, and for coordinating the Indiana Farm Management Tour for more than 20 years.

Throughout his career, Doster co-authored extension and research articles with 43 university colleagues, including annual crop budgets and influential papers on land rent, tillage economics and no-till long before it was generally accepted. He won numerous awards including the Purdue Agricultural Alumni Association’s Certificate of Distinction, the Indiana Extension Specialist Career Award, and the Purdue Agricultural Economics Department’s Career Distinguished Service Award. He earned titles of Accredited Farm Manager and Accredited Agricultural Consultant from the American Society and was an Indiana Prairie Master Farmer.

Doster retired from Purdue University in 2001. However, even after his retirement, Doster maintained his close ties with Purdue agriculture. Doster never missed a Top Farmer Workshop nor the Purdue Ag Alumni Fish Fry. Not once. Of the 52 times Top Farmer has been held, Doster proudly attended every time and he also volunteered at all 53 fish fry events.

Doster had a deep passion for teaching. Since 1975, Howard and Barbara worked as peer advisory couple coaches helping farm couples in eight states make decisions on how to solve multi-generation problems and opportunities. Doster also taught both owners and tenants how to keep their leases current with current economic conditions and inform crop farm operators on the importance of timing by giving them his well-known "Test before you Invest" speech.

“Howard was passionate about helping farm families and providing them with the tools and data to make the best management decisions. His commitment to key departmental events, even long after retirement, such as the long-running Top Farmer workshop and the Farm Management Tour, was impressive and unparalleled,” said Jayson Lusk, distinguished professor and head of the Department of Agricultural Economics.

“Dr. Howard Doster’s mission and his passion were to help farmers run their businesses better, run them more profitably. Period. And our Indiana and Midwest farmers were the beneficiaries of his creative, out of the box thinking. Sometimes his ideas were so bold, they would generate plenty of skeptics. But Howard would never give up on an idea he thought had merit and would push ahead with good humor until the world finally caught up with him. Howard always kept our farmers front and center in everything he did. He never stopped thinking about how to make better decisions, and he made a real difference as a result,” said Jay Akridge, Purdue University provost and executive vice president for academic affairs and diversity and former dean of the College of Agriculture.

“Howard made a big difference across the state of Indiana through the Top Farmer Workshops and other events where he always engaged producers. Howard always believed that education was critical to success. We will miss his upbeat attitude, his passion for education and his willingness to go the extra mile,” said Karen Plaut, the Glenn W. Sample Dean of Purdue Agriculture.

The Doster family created a webpage to collect stories about Doster. If you would like to contribute, visit: https://www.thefunintherun.com/. The family has designated Purdue’s Department of Agricultural Economics for memorial contributions in honor of Howard Doster. Please make donations payable to Purdue Foundation and mail to Purdue Foundation, 403 W. Wood St., West Lafayette, IN 47907 or donations can be made online at giving.purdue.edu/InMemoryOfHowardDoster.