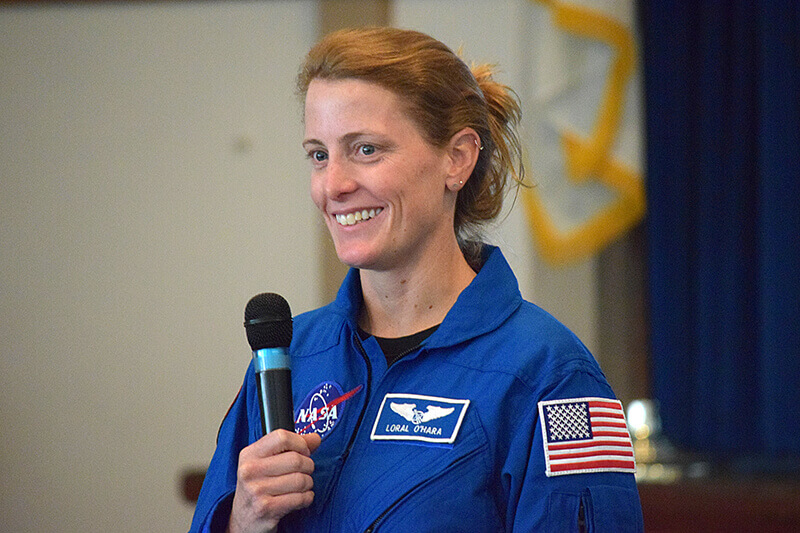 WEST LAFAYETTE, Ind. — Two years after being named a NASA astronaut candidate, a Purdue University alumna is preparing to drop “candidate” from her title.

Loral O’Hara of Sugar Land, Texas, and a 2009 Purdue graduate, is one of 11 NASA candidates who will graduate during ceremonies Friday (Jan. 10) morning at Johnson Space Center in Houston.

O’Hara is the third Purdue alumna to earn the honor, following Janice E. Voss and Mary Ellen Weber. She was selected in 2017 as a NASA astronaut candidate, chosen from more than 18,000 applicants.

Friday’s ceremony signifies the completion of two years of training by O’Hara. Candidates are trained in spacewalking, robotics and the systems used on the International Space Station.

She will now be eligible for missions to the space station as well as including spaceflight to the moon and Mars.

O’Hara will receive an astronaut pin during the graduation ceremony. The ceremony will air live on NASA Television and the agency’s website.

O’Hara earned her master’s degree in aeronautics and astronautics from Purdue’s College of Engineering. She previously worked as a research engineer at Woods Hole Oceanographic Institute, where she designed, built, tested and operated underwater vehicles focused on scientific research and exploration.

As a student at Purdue, O’Hara said she loved spaceflight for as long as she could remember. She was part of the first all-female team in the rocket propulsion facilities at Purdue’s Maurice Zucrow Laboratory.