Digital technology use and digital inequality could complicate teens’ lives 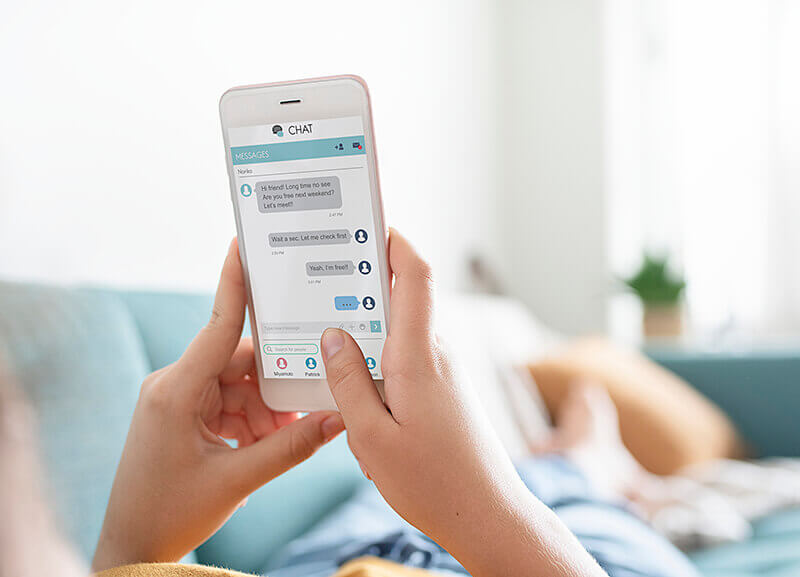 A new study from researchers look at teens’ use of technology and technology-related problems. (Photo by Teddy/Rawpixel) Download image

WEST LAFAYETTE, Ind. — Adolescents are avid users of smartphones and social media. And with that use come concerns that constant connectivity is leading to bad academic performance, disconnection from life offline and heightened psychological distress.

But a new study shows that having a smartphone and social media accounts is not reliably or strongly linked to adolescents’ math and reading test scores, school belonging, psychological distress, conduct problems or physical health. However, many adolescents, especially those from lower socio-economic backgrounds, are reporting technology-related problems,.

“We don’t know why we find this disconnect. There are few links between digital technology usage and well-being, but nearly all of the adolescents in the study reported at least one type of a perceived impairment – or how smartphone and social media usage interfered with their offline lives, such as missing out on sleep, neglecting chores or homework,” said Madeleine George, a postdoctoral researcher in the Department of Psychological Sciences in Purdue University’s College of Health and Human Sciences and the study’s lead author.

The study, which appeared in The Journal of Pediatrics, looked at 2,104 North Carolina adolescents, ages 10-15, and connected their reported social media usage and their perceived technology-related problems to their end-of-grade test scores recorded by school districts, as well as the adolescents’ reports of their own behavior, psychological distress and physical health. School districts also reported student data on free or reduced lunch eligibility.

Researchers discovered that 95% of the 10- to 15-year-olds had access to internet, 67% owned a device and 68% had a social media account. Adolescents who had a smartphone, compared with adolescents who did not, fared no worse on any of the well-being indicators. However, adolescents who had a social media account, versus those without an account, reported engaging in more aggressive or deviant activities offline, as well as slightly higher levels of psychological distress.

The researchers did not observe the traditional digital divide, as rates of phone ownership and access to social media accounts were similar across socio-economic groups.

“Instead, we found evidence for a new type of digital divide, where adolescents from lower-income families were more likely to report that their experiences online spilled over into negative offline interactions and events. This suggests that perhaps the concern should be about what are they doing or seeing when they are online,” George said.

Candice Odgers, a professor of psychological science at the University of California, Irvine and the paper’s senior author, added, “Youth in the United States are increasingly spending their time segregated into different schools, neighborhoods and activities depending on how much money and resources their family has access to. Our findings suggest that these disparities may now be replicating themselves online, with some youth being more likely to receive the worst of what online spaces offer.”

So what do these findings mean for parents and teens negotiating device and screen time?

“It’s important for parents and teens to take stock of their online activities and think about rules that work for them and their families.” George said. “But, when making these choices, the priority should be on what works for your family versus fears that are frequently spread about teens and screens. Everyone is different, so there’s no magic time limit or age limit, rather when and how it might be more or less useful for each family.”

Funding was provided by National Institute on Drug Abuse Center for the Study of Adolescent Risk and Resilience (C-StARR) (P30DA023026), the Jacobs Foundation and the Canadian Institute for Advanced Research.

Note to Journalists: For a copy of the paper, please contact Matthew Oates at oatesw@purdue.edu or 765-496-2571. An image is available for journalists to use via a Google Drive at https://purdue.university/2SVI10i.

Young Adolescents' Digital Technology Use, Perceived Impairments, and Well-Being in a Representative Sample

Objective: To examine the cross-sectional associations between young adolescents’ access, use, and perceived impairments related to digital technologies and their academic, psychological, and physical well-being.

Results: Nearly all young adolescents (95%) had Internet access, 67% owned a mobile phone, and 68% had a social media account. Mobile phone ownership was not associated with any indicators of well-being (math and reading test scores, school belonging, psychological distress, conduct problems, or physical health) after controlling for demographic factors. Having a social media account and frequency of social media use were only robustly associated with conduct problems (explaining ~3% of the variation in conduct problems). Despite the lack of strong associations, 91% of adolescents reported at least 1 perceived technology-related impairment and 29% of adolescents reported online-to-offline spillover of negative experiences. Economically disadvantaged adolescents reported similar access, but greater online-to-offline spillover and stronger associations between social media account ownership and poor psychological well-being compared with their more affluent peers.

Conclusions: At the population level, there was little evidence that digital technology access and use is negatively associated with young adolescents’ well-being. Youth from economically disadvantaged families were equally likely to have access to digital technologies, but were more likely than their more affluent peers to report negative online experiences. Closing the digital divide requires prioritizing equity in experiences and opportunities, as well as in access. (J Pediatr 2019;-:1-8).