A simplified way to turn food waste into hydrogen energy 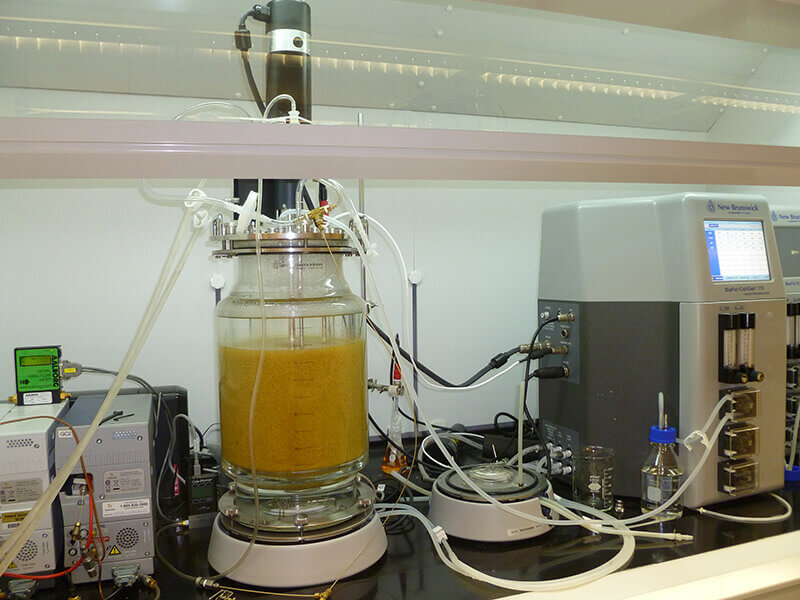 WEST LAFAYETTE, Ind. – Americans discard as much as 40% of their food, worth about $200 billion a year, according to the U.S. Department of Agriculture. A simple new method from Purdue University scientists could help cut down that amount of waste – and provide another renewable source of clean energy.

This new method uses yeast to break down food waste to clean hydrogen for further use with minimal pre-processing steps. 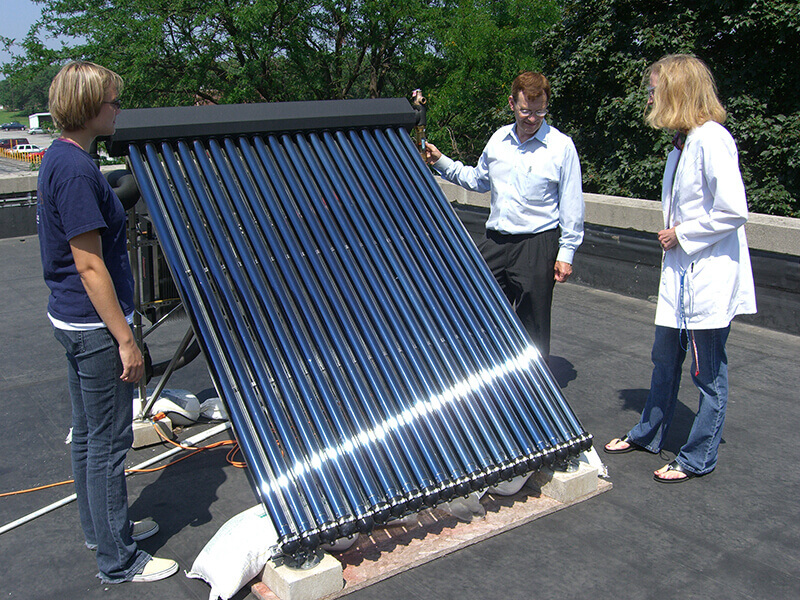 “We wanted to create a simple way to turn all that food waste into a source of clean energy,” said Robert Kramer, the NiSource Charitable Foundation Professor of Energy and the Environment and a professor of physics at Purdue University Northwest. “Our system basically allows a user to take food waste, grind it, place it in a reactor and use our process to create hydrogen in about 18-24 hours. That’s much faster than the days it takes with other methods.”

Kramer, who also serves as director of the Purdue Northwest Energy Efficiency and Reliability Center, and his team have validated the technology using a variety of yeast strains. He estimates the Purdue system could lead to a 20%-25% increase in efficiency when producing hydrogen from food waste compared with current methods.

Kramer said the method could be easily multiplexed with solar thermal technology to make a stand-alone power source, in addition to being a clean fuel source and having numerous applications in the agro-food and transportation industries. Kramer said the Purdue method also does not involve the risk of explosion that can come with hydrogen as an energy source.

Kramer and his team have worked with the Purdue Research Foundation Office of Technology Commercialization to patent this and other related innovations. They are looking for additional partners. For more information on licensing a Purdue innovation, contact the Office of Technology Commercialization at otcip@prf.org and mention track code 2019-KRAM-68707.

The Purdue Research Foundation Office of Technology Commercialization operates one of the most comprehensive technology transfer programs among leading research universities in the U.S. Services provided by this office support the economic development initiatives of Purdue University and benefit the university's academic activities through commercializing, licensing and protecting Purdue intellectual property. Contact the Office of Technology Commercialization at otcip@prf.org. The foundation received the 2019 Innovation and Economic Prosperity Universities Award for Place from the Association of Public and Land-grant Universities. The Purdue Research Foundation is a private, nonprofit foundation created to advance the mission of Purdue University.