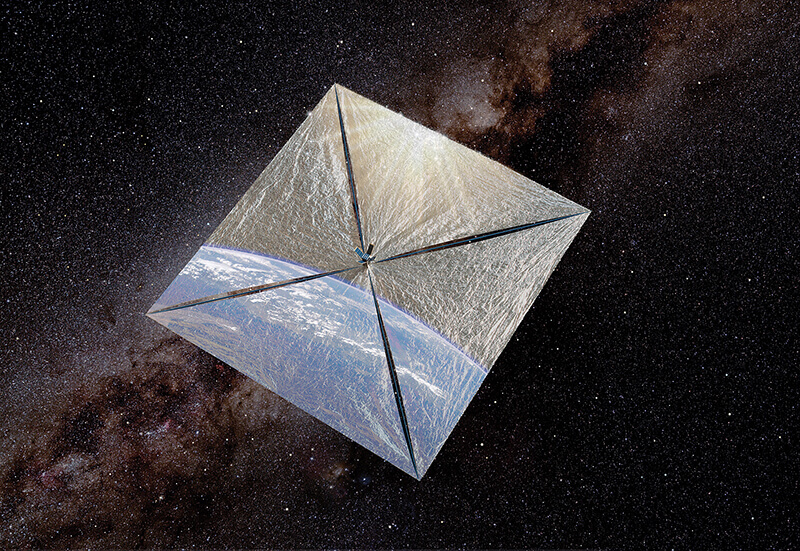 The LightSail 2 project launched into space during the summer, demonstrating the use of reflective sails to harness the momentum of sunlight for propulsion.

Spencer, an associate professor in Purdue’s School of Aeronautics and Astronautics, has been involved with the LightSail program since 2010 and serves as the project manager for LightSail 2.

“This recognition by Time magazine is an honor for the many people who supported LightSail,” Spencer said. “The goal of the LightSail program is to advance solar sailing technology so that spacecraft can explore the solar system and beyond using the limitless propulsion of solar photons.”

LightSail is a citizen-funded project from The Planetary Society.

LightSail 2 launched in June as part of the U.S. Air Force’s Space Test Program-2 payload. Its solar sail was deployed on July 23, providing a total sail area about the size of a boxing ring.

The experiment was termed a success after LightSail 2 was able to use solar photons to change its orbit, raising the high point in the orbit by several miles.

LightSail 2 is the first mission to demonstrate controlled solar sailing in Earth orbit.

The Best Inventions 2019 is a list of 100 items that, according to Time magazine, make “the world better, smarter and even a little bit more fun.”

The list is assembled from items either nominated or submitted via an application process. The inventions are evaluated on factors including influence, originality and effectiveness.

Purdue scientist to lead next step in solar sailing; project will be aboard SpaceX scheduled June launch