The world is running out of antibiotics. This researcher is working on finding a solution. 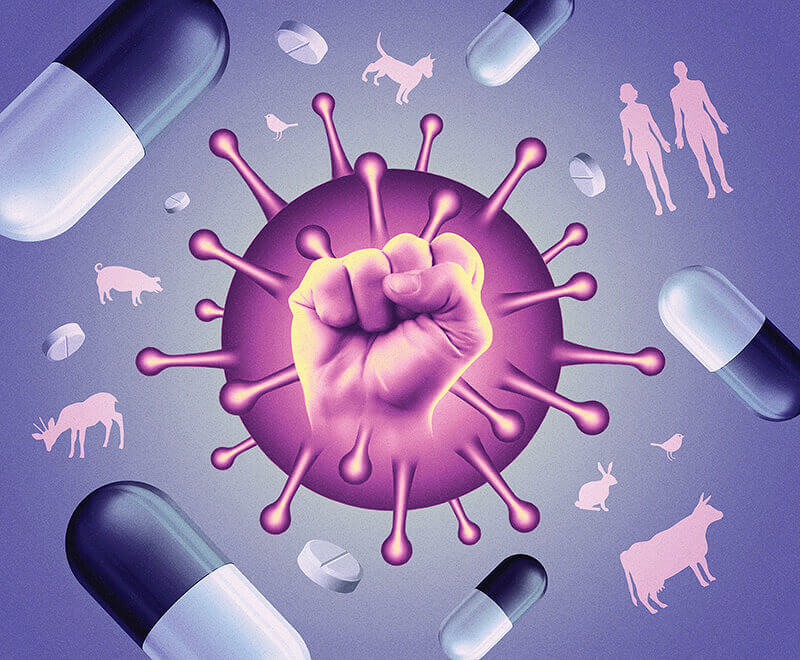 With antimicrobial resistance on the rise, many infections that were once easily treated are becoming fatal. (Illustration/Stuart Briars)


WEST LAFAYETTE, Ind. — With too few antibiotics under development to keep up with the rise of antibiotic-resistant infections, the world is starting to run out of antibiotics.

That also means hospitals will start seeing more patients with infections they can’t treat, and more infections that were once easily treated are becoming fatal. A Purdue University scientist is trying to keep that from happening.

Mohamed Seleem, a professor of microbiology in Purdue University’s College of Veterinary Medicine, is studying whether FDA-approved drugs can treat antibiotic resistant infections.

“The reality is that we are entering a time where we will run out of antibiotics,” Seleem said. “It’s a scary thought and it’s a critical situation. That’s what keeps encouraging me – knowing that if this works, this is going to make a difference and potentially save lives.”

Seleem’s research and expertise is focused on developing new antimicrobials and the improved delivery of drugs for the treatment of infectious diseases that affect both humans and animals. 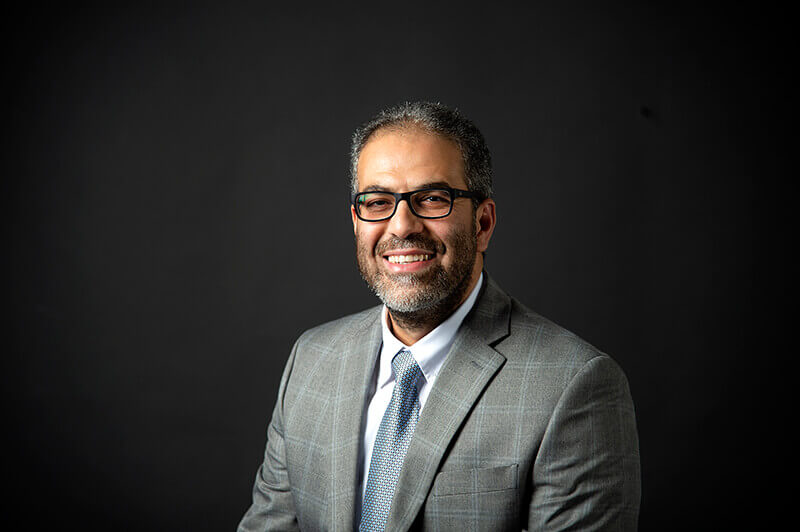 Seleem and his team are working with more than 4,000 approved drugs to see just how many might be able to treat antibiotic resistant infections, such as Neisseria gonorrhoeae (a pathogen responsible for gonorrhea) MRSA and Clostridium difficile (also known as C. diff.)

For example, Seleem is screening several drugs to see how well they can treat vancomycin-resistant enterococci (VRE), which is to blame for more than 5% of all deaths attributed to antibiotic-resistant infection in the U.S., second only to MRSA.

Enterococci are bacteria that live in intestines and genital tracts and can sometimes cause infection, in which case they’re treated with an antibiotic called vancomycin. However, enterococci are becoming resistant to the drug at an alarming rate. About 20,000 people in the U.S. are infected with VRE each year, and slightly less than 10% of those infections are fatal.

The World Health Organization predicts that worldwide death rates from drug-resistant infections will rise from 700,000 per year to 10 million by 2050, which would make them the main cause of death in humans. Antibiotics have saved countless lives since they were introduced – but now, antimicrobial resistance is becoming a global health emergency.

“We could be entering a time where patients will fear common infections,” Seleem said. “My hope is that academia will help provide some answers.”

“The good news about these drugs is that they don’t require extensive studying because it’s already been approved for human use,” Seleem said. “The only obstacle that gets in the way is finding the right drug that kills exactly the right bacteria.”

Being able to understand the drug – including their side effects and how exactly they’re being used – is saving time, and money, in Seleem’s research. Now, it’s just a matter of making the drugs more potent and starting pre-clinical trials. Seleem is working with  Daniel Flaherty, an assistant professor of medicinal chemistry and molecular pharmacology at Purdue, to learn how to modify the CAIs to make them more potent.

Seleem’s previous work includes creating a potential new method for treating MRSA infections by using blue light. MRSA is often called a “superbug” because it can dodge many common antibiotics. Seleem, working with Boston University, discovered that exposing the bug to blue light can render it defenseless against antiseptics as mild as hydrogen peroxide.

Seleem’s work aligns with Purdue's Giant Leaps celebration, acknowledging the university’s global advancements made in health, longevity and quality of life as part of Purdue’s 150th anniversary. This is one of the four themes of the yearlong celebration’s Ideas Festival, designed to showcase Purdue as an intellectual center solving real-world issues.