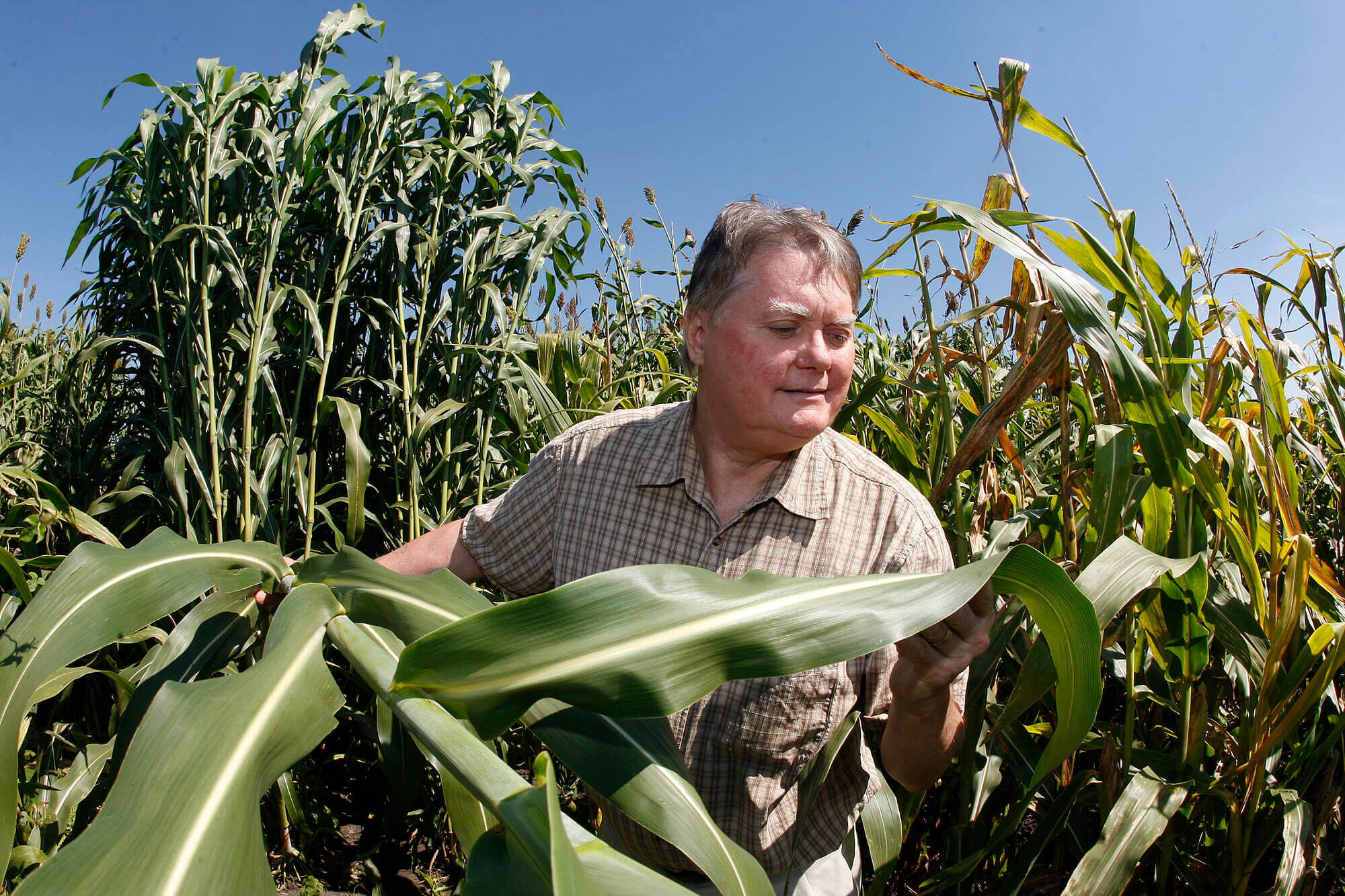 WEST LAFAYETTE, Ind. – Increasing production of second-generation biofuels – those made from non-food biomass such as switchgrass, biomass sorghum, and corn stover – would lessen our reliance on burning fossil fuels, which contributes to climate change.

Several barriers have prevented the efficient conversion of that biomass. Lignin, a complex compound in cell walls, blocks access to plant carbohydrates that could be cleaved into sugars and then fermented into biofuels. The compounds that hold plant cells together, as well as their tightly packed cell clusters, also block access to sugars for fermentation into fuels.

Now, a team led by Purdue University has built on success in removing the lignin barrier to solve other cellular obstacles. Their findings, reported in the journals Plant Biotechnology Journal and Biotechnology for Biofuels, offer opportunities to significantly increase renewable biofuel production from crop waste products and biofeedstocks that could be grown on marginal lands.

“Lignin is no longer a problem. We have a way of removing it and making useful products from it, as well as getting access to plant carbohydrates for production of biofuels,” said Nick Carpita, a Purdue professor in the Department of Botany and Plant Pathology.

Purdue’s C3Bio Energy Frontier Research Center has worked for more than a decade to tailor bioenergy crop species for chemical conversion to liquid hydrocarbon fuels like gasoline or jet fuel. Led by Maureen McCann, a Purdue professor of biological sciences, the C3Bio team has explored the obstacles besides lignin that must be overcome to make the carbohydrates more accessible for fuel production. 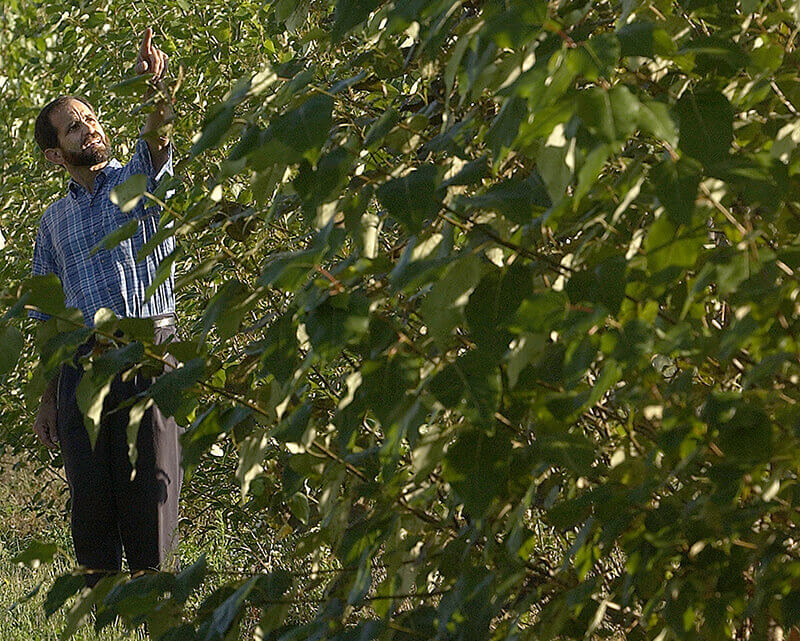 “Removing lignin didn’t eliminate all the issues of biomass recalcitrance,” McCann said. “We needed to look at factors that made woody biomass difficult to degrade beyond lignin, and in its absence.”

Former Purdue chemist Mahdi Abu-Omar, a professor and Mellichamp Chair of Green Chemistry at UC Santa Barbara, had discovered that using a nickel-carbon catalyst was an inexpensive and effective method for removing lignin without degrading the plant’s carbohydrates. Even with lignin removed, however, the Purdue team had to find ways to break the tightly connected plant cells apart so that chemical catalysts or yeasts used in the biofuel refining process could do their jobs.

“Although rhamnogalacturonan is present at only 2 percent of the mass of the cell wall, removing it allows you to deconstruct the biomass particles into smaller clusters of cells, and that can have real energy savings when trees are being shredded to particles for any conversion process,” McCann said. “Lignin is also deposited in the middle lamella, but removing only the lignin using the nickel-carbon catalysis, didn’t allow the cells to become unglued.” 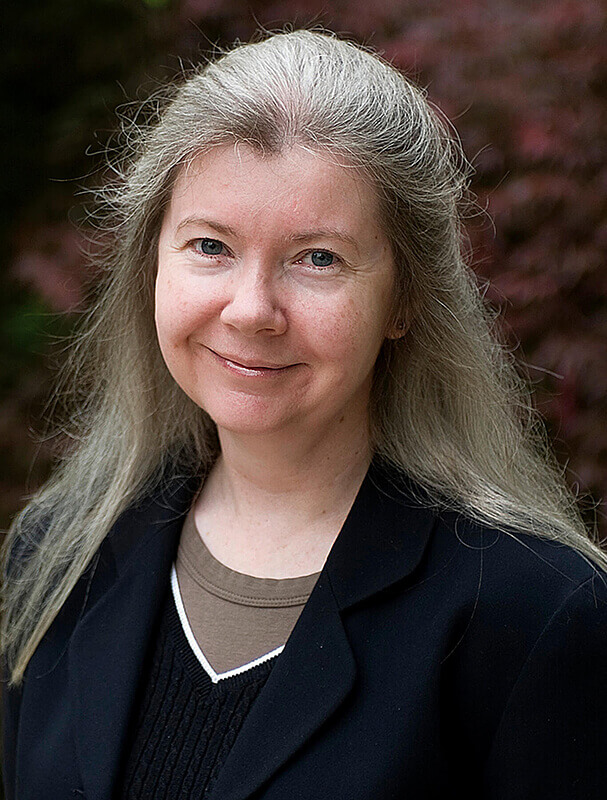 Maureen McCann, director of the Center for Direct Catalytic Conversion of Biomass to Biofuels, said removal of the lignin barrier and development of methods to better access sugars in plant cell walls would lead to the efficient creation of biofuels from woody biomass. (Purdue University photo)
Download image

With all the lignin removed from Chapple and Meilan’s poplar through the nickel-carbon catalysis, the team treated poplar wood particles with trifluoroacetic acid to loosen the tightly packed crystalline cellulose and its aggregation into large bundles in plant cell walls.

The trifluoroacetic acid causes the cellulose to swell, making it easier to access the glucose molecules present in the cell walls for fermentation to ethanol. Or, using other chemical catalysts discovered by the C3Bio team, the cellulose and other carbohydrates can be converted to platform chemicals, such as hydroxymethylfurfural and levulinic acid, which are substrates or precursors for liquid hydrocarbon fuels.

For now, the engineered poplars cannot be grown commercially as a bio feedstock because they’re genetically modified organisms. They would need costly and difficult-to-obtain federal government approvals to grow these trees for any purpose other than research. But the knowledge that he, McCann and Carpita gained from them could be used in other crops modified through gene-editing CRISPR technology.

“We now know how to disassemble the cell walls to produce various products, including transportation fuel,” Meilan said. “What we’re doing with poplar can help inform what’s being done with other cellulosic feedstocks derived from corn stalk residues, or biomass sorghum and switchgrass.”

Carpita added that biofuels may be the main product produced, but certainly not the only one.

“It would work for something like sorghum where you could use CRISPR to modify these plants to generate not only biofuels, but also chemicals from lignin and other compounds that we remove from plant cell walls,” Carpita said.

The research was supported by the Center for Direct Catalytic Conversion of Biomass to Biofuels (C3Bio), an Energy Frontier Research Center funded by the U.S. Department of Energy. The Purdue researchers involved with the work are all member of the Purdue Center for Plant Biology.

Overcoming cellulose recalcitrance in woody biomass for the lignin-first biorefinery

Results: Low-temperature (− 20 °C) treatment of S-lignin-rich poplar wood particles in TFA slightly increased yields of glucose from enzymatic digestions and HMF and LA from maleic acid–AlCl3 catalysis. Subsequent gelatinization at 55 °C resulted in over 80% digestion of cellulose in only 3 to 6 h with high-S-lignin wood, compared to 20–60% digestion in the wild-type poplar hybrid and transgenic lines high in guaiacyl lignin or 5-hydroxy-G lignin. Disassembly of lignin in woody particles by Ni/C catalytic systems improved yields of glucose by enzymatic digestion or catalytic conversion to HMF and LA. Although lignin was completely removed by Ni/C-catalyzed delignification (CDL) treatment, recalcitrance to enzymatic digestion of cellulose from the high-S lines was reduced compared to other lignin variants. However, cellulose still exhibited considerable recalcitrance to complete enzymatic digestion or catalytic conversion after complete delignification. Low-temperature swelling of the CDL-treated wood particles in TFA resulted in nearly complete enzymatic hydrolysis, regardless of original lignin composition.

Conclusions: Genetic modification of lignin composition can enhance the portfolio of aromatic products obtained from lignocellulosic biomass while promoting disassembly into biofuel and bioproduct substrates. CDL enhances rates of enzymatic digestion and chemical conversion, but cellulose remains intrinsically recalcitrant. Cold TFA is sufficient to overcome this recalcitrance after CDL treatment. Our results inform a ‘no carbon left behind’ strategy to convert total woody biomass into lignin, cellulose, and hemicellulose value streams for the future biorefinery.

The molecular basis of cell-cell adhesion in woody tissues is not known. Xylem cells in wood particles of hybrid poplar (Populus tremula x P. alba cv. INRA 717-1B4) were separated by oxidation of lignin with acidic sodium chlorite when combined with extraction of xylan and rhamnogalacturonan-I (RG-I) using either dilute alkali or a combination of xylanase and RGlyase. Acidic chlorite followed by dilute alkali treatment enables cell-cell separation by removing material from the compound middle lamellae between the primary walls. Although lignin is known to contribute to adhesion between wood cells, we found that removing lignin is a necessary but not sufficient condition to effect complete cell-cell separation in poplar lines with various ratios of syringyl:guaiacyl lignin. Transgenic poplar lines expressing an Arabidopsis thaliana gene encoding an RG-lyase (AtRGIL6) showed enhanced cell-cell separation, increased accessibility of cellulose and xylan to hydrolytic enzyme activities, and increased fragmentation of intact wood particles into small cell clusters and single cells under mechanical stress. Despite its low abundance in poplar wood cell walls, our results indicate a novel function for RG-I, and also for xylan, as determinants of cell-cell adhesion.