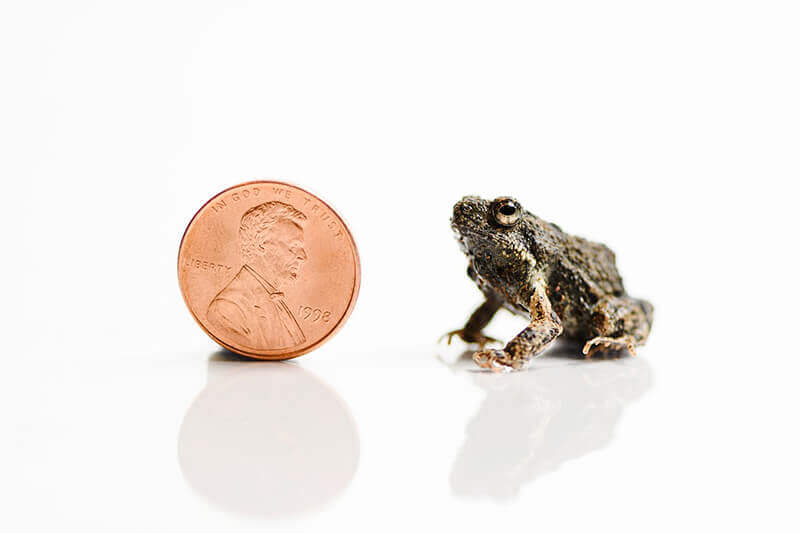 In the túngara frog — a tiny native of Middle, Central and South America — disease, predation and communication are intricately intertwined. Parasites are transmitted by frog-biting flies called midges, which find their way to frogs by “intercepting” their mating calls. Male frogs need to call to attract females, but in a catch-22, this also alerts predators of their whereabouts. (Purdue University photo/Rebecca Wilcox)


WEST LAFAYETTE, Ind. — Frogs have been struggling a bit in recent years. Their populations around the world have been declining for decades, and the reasons for their loss come from many fronts. Like many other animals, frogs are losing their homes and learning to live in a changing world.

Some researchers study animals to try to figure out how to save them. Others observe their behaviors and communication patterns in an attempt to understand the natural world. Sometimes, intentionally or otherwise, those intentions overlap.

Consider the túngara frog, a tiny native of Middle, Central and South America. One of its main predators is frog-biting flies called midges, somewhat like mosquitoes, but smaller. Midges feed on the blood of the frogs and transmit disease.

Túngara frogs and flies likely have been interacting since the early Cretaceous period, more than 100 million years ago. Frogs and the flies that bite them originated in the same part of the world and have evolved together as they spread around the globe. A video about the frogs is available online.

In these frogs, disease, predation and communication are intricately intertwined. Parasites are transmitted by midges, which find their way to frogs by “intercepting” their mating calls. Male frogs need to call to attract females, but in an ultimate catch-22, this also alerts predators of their whereabouts. 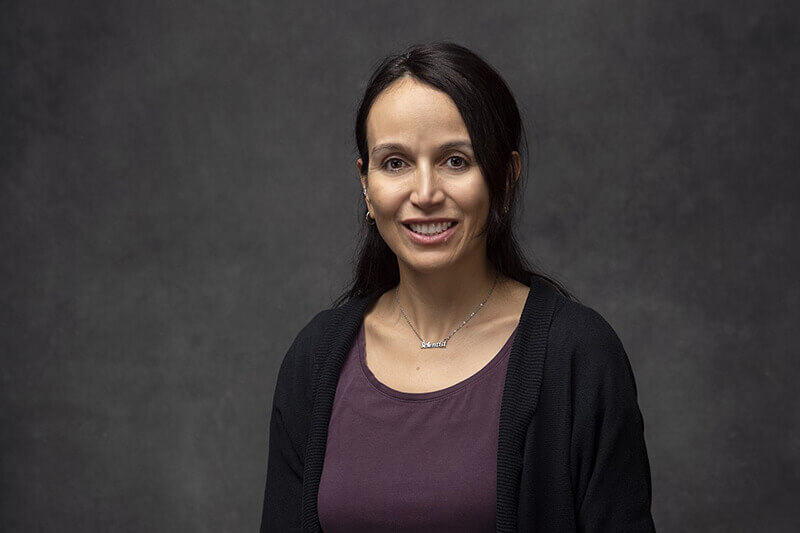 Ximena Bernal, an associate professor of biological sciences at Purdue University, has been studying this relationship for most of her professional life. She refers to the main line of her research as “eavesdropping.”

“We study how frogs communicate with one another, but also how their predators eavesdrop and exploit those systems,” she said. “The irony is that a lot of times the calls that female frogs prefer, bats and flies prefer too. The poor males just can’t win.”

The foundation of Bernal's studies of these frogs and midges, also has helped develop novel trapping techniques to capture mosquitoes that are vectors of disease to humans.

The mating calls females prefer are more complex. A standard call is essentially a single whine, but males can add short bursts, or “chucks,” to the call if they really want to stand out. The more chucks added, the more attractive the call becomes, both for mates and enemies like the bats and midges.

What kind of call male frogs use depends on where they live. Many wild animals adjust their behavior when they move into urban environments; some birds learn to sing louder in order to be heard over the sounds of the city.

Similarly, túngara frogs that live in the city sing fancier calls than their rural counterparts, according to a 2018 study in Nature Ecology & Evolution. Bernal participated in the study. But this change in behavior isn’t likely only a response to city noise. Like a teen turning up the tunes when their parents are out of town, city frogs let loose because they have fewer predators around.

Bernal’s team also wanted to know how long it took for frogs to change their behavior. For the study, they moved more than 100 frogs either from the city to the forest, or vice versa, for at least four days. Frogs from the forest didn’t exhibit a noticeable change in behavior, but city frogs quickly realized that their complex calls would get them the kind of attention they didn’t want in the forest. They toned down their calls to factor in the threats posed by bats and midges.

“This means that in the city, sexual selection is intensified, and natural selection is relaxed, which leads to males using more complex calls,” Bernal said.

Midges are really sensitive to both light and noise pollution, according to Bernal’s research. They’re nocturnal, which means they are most comfortable in the dark. In an environment where it’s hard to escape fluorescent light, midges are rarely seen. They’re also sensitive to noise pollution - traffic noise interferes with their ability to detect frog calls and without the calls, they cannot find frogs.

How these midges hear at all is somewhat of a puzzle.

“At first, we thought they had a tiny tympanic ear, like a miniature version of an ear like ours. No one believed they could hear frog calls with just their antennae,” Bernal said. “But now we think they just have really good antennae.”

Midges are so tiny that they need to be on a slide, under a microscope to learn anything about their anatomy. Bernal’s team recently discovered a new midge species, and in collaboration with researchers at Cornell University and the State University of New York, she’s learning what sounds frog-biting midges can hear.

“We shine a laser on the antennae and observe how they move when we play different sounds. Using that information, we can learn which frequencies they’re sensitive to,” Bernal said.

Although her lab is home to midges and a colony of roughly 100 túngara frogs, most behavioral observations happen in the wild. In the summer, Bernal often makes the trek to Panama to work with students from Purdue and universities across Latin America. Sometimes they simply observe natural host-parasite interactions, but they also play back recorded calls and use sound traps to simulate different scenarios in the frogs’ natural environment.

Findings from Bernal’s lab range from the collateral damage experienced by other frog species that hang out around attractive túngara frogs to why males from some frog species call in synchronization with one another. Soon, she hopes to publish results on the effects of the blood parasite transmitted by midges – Trypanosoma tungarae – on frogs.

“I want to show people how complex nature is,” Bernal said. “People sometimes ask why the males don’t just stop calling, and I’m like … ‘It is all about sex. They need to mate.’”

Bernal’s research is supported by the National Science Foundation.

Note to Journalists: Broadcast-quality b-roll video of the Túngara frogs is available at http://bit.ly/31QQO51.

A produced video for social media is available for download and media use at https://drive.google.com/file/d/1-uoo3X8uiIRl8TBfAeu_CC8x7OARLbM_/view