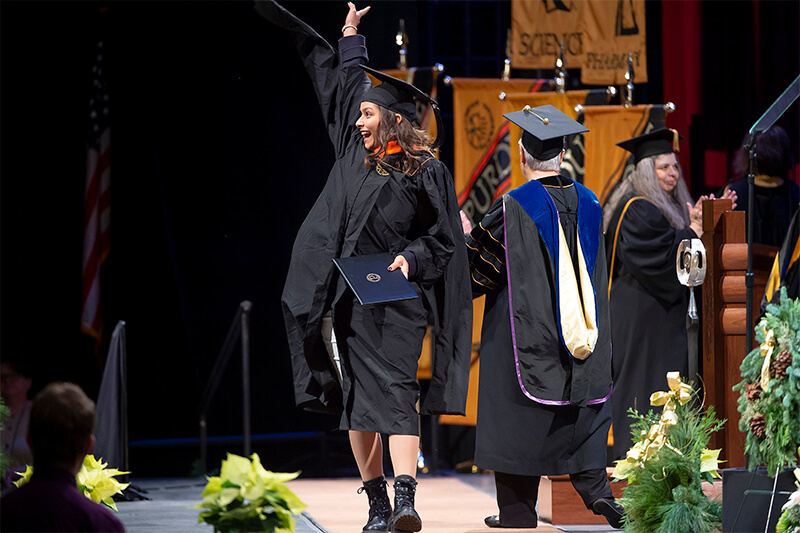 The winter commencement ceremonies took place in Purdue’s Elliott Hall of Music. Students in Agriculture, Education, Engineering and Liberal Arts graduated during a morning ceremony. Those in Health and Human Sciences, Management, Pharmacy, Purdue Polytechnic Institute, Science and Veterinary Medicine received their degrees during an afternoon ceremony. A photo gallery is available here. 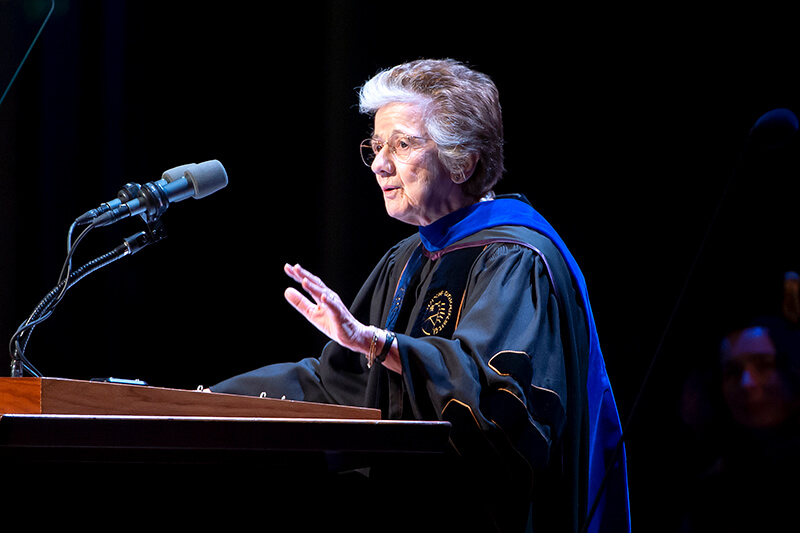 Colwell currently is a distinguished professor at the University of Maryland at College Park and president of CosmosID Inc. Her interests are focused on global infectious diseases, water and health. She has authored or co-authored 19 books and more than 800 scientific publications.

She has received 63 honorary degrees from institutions of higher education and is the recipient of the Order of the Rising Sun, Gold and Silver Star from Japan, the National Medal of Science, the 2010 Stockholm Water Prize and the 2018 Lee Kuan Yew Water Prize of Singapore.

She received her bachelor’s degree in bacteriology and her master’s degree in genetics from Purdue. She also received a doctorate in oceanography from the University of Washington.

The winter 2019 graduating class includes approximately 1,622 undergraduate degree recipients, 683 master’s degrees and 375 doctoral degrees, as well as one graduate each for the Doctor of Veterinary Medicine degree and the Doctor of Nurse Practice degree.