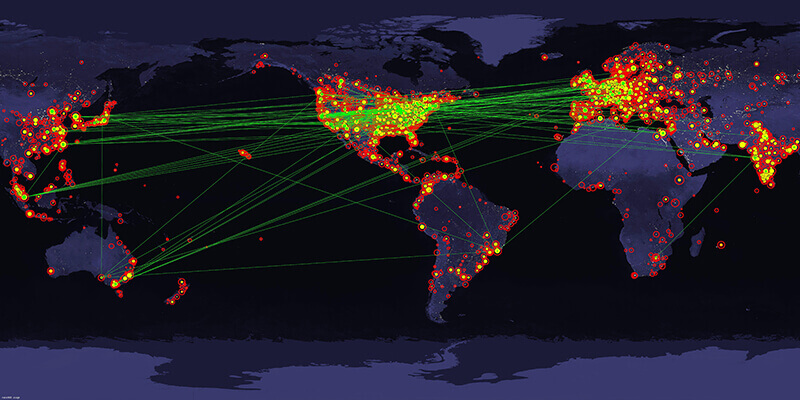 WEST LAFAYETTE, Ind. – A pioneering cloud and global gateway for nanotechnology research and education has received a National Science Foundation grant renewal, completing its 20-year mission while looking to the future to create new technologies.

The cloud, known as nanoHUB, was developed through the Network for Computational Nanotechnology (NCN) as a virtual society that shares simulation software, data, lectures and other innovative content. The world’s first end-to-end science and engineering cloud, nanoHUB provides engineers and scientists with the fundamental knowledge required to advance nanoscience into nanotechnology.

Nanotechnology involves design features and phenomena measured on the atomic and molecular scale of nanometers, or billionths of a meter, and encompasses research in areas ranging from medicine to energy, and materials engineering to consumer goods.

Purdue University launched NCN in 2002 with a five-year, $10.5 million grant to advance nanoscience via online simulations on nanoHUB.org. The NSF funding was distributed among six partner universities to seed the infrastructure creation and to develop nanoHUB content.

“Since then, nanoHUB has become the first broadly successful, cloud-computing environment for research across multiple disciplines, with more than 2,200 citations in the scientific literature,” said Gerhard Klimeck, NCN director and a Purdue professor of electrical and computer engineering. “Our site hosts a rapidly growing collection of simulation tools for nanoscale phenomena that run in the cloud and are accessible through a web browser. In addition to simulations, nanoHUB provides online presentations, cutting-edge nanoHUB-U short courses, animations, teaching materials and other resources to help users learn about our simulation tools and about nanotechnology in general.”

Alejandro Strachan, NCN deputy director and Purdue professor of materials engineering, said, “Faculty members across the globe have innovated their curriculum by embedding research-based modeling and simulation apps into their formal instruction. The median time from tool publication to adoption in a classroom has been less than six months.”

The grant renewal of $13.5 million will fund the center through November 2023. It is the final NSF grant for nanoHUB.

“The leadership team and technical staff that established nanoHUB.org have shown tremendous commitment and determination in all of their efforts to make it a premier platform for computational nanotechnology research, education, and collaboration,” said Theresa Mayer, Purdue’s executive vice president for research and partnerships. “Today, nanoHUB is recognized as one of the world’s leading scientific gateways or portals.”

The site has more than 3,500 contributors from 172 countries, with 1.6 million visitors annually.

“We currently host over 6,500 published resources on nanoHUB, of which nearly 600 are nano simulation codes, or apps,” Klimeck said. “And nanoHUB was listed as the most familiar and widely used resource for computational materials science and engineering education in a recent national study.”

Based in Purdue’s Discovery Park, the NCN focuses on developing open-source software to stimulate data sharing and inspire and educate the next-generation workforce. The effort aims to accelerate the transformation of nanoscience to nanotechnology through the integration of simulation with experimental data.

“We have new technology developments in the pipeline in areas including simulation, data, user-analytics, and machine learning,” Klimeck said. “Our team will be driving nanoHUB toward sustainability in the last five years of NSF funding.”

Discovery Park is an interdisciplinary complex where researchers work with business leaders and policymakers through entrepreneurship programs and partnerships.