First responders across the U.S. can rely on Purdue University technology in critical situations. 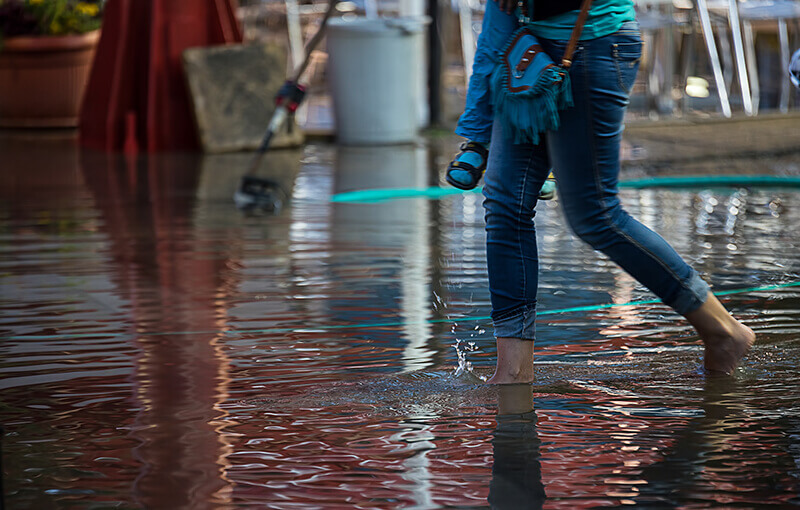 WEST LAFAYETTE, Ind. – A platform to turn the growing sea of social media data into usable and lifesaving information in real time is advancing as more first responders and public safety agencies across the United States engage with the growing Social Media Analytics and Reporting Toolkit.

“We have launched a pilot program with a dozen of agencies across the country,” said David Ebert, director of Purdue’s Visual Analytics for Command, Control and Interoperability Environments (VACCINE) Center and the Silicon Valley Professor of Electrical and Computer Engineering. “They are taking our platform and using it in their command centers to monitor big events, disasters and other public safety concerns.”

VACCINE received a grant from the U.S. Department of Homeland Security to work on sharing the tool with the agencies across the country. Ebert patented the technology through Purdue Research Foundation Office of Technology Commercialization. It was then licensed to Purdue-affiliated startup Davista Technologies LLC, a startup founded by Abish Malik and Ebert. Ebert and his team are working with the Purdue Foundry to further commercialize SMART.

“We want to take our technology and put it in the hands of as many first responders as possible to help use the power of social media to save lives,” Ebert said. 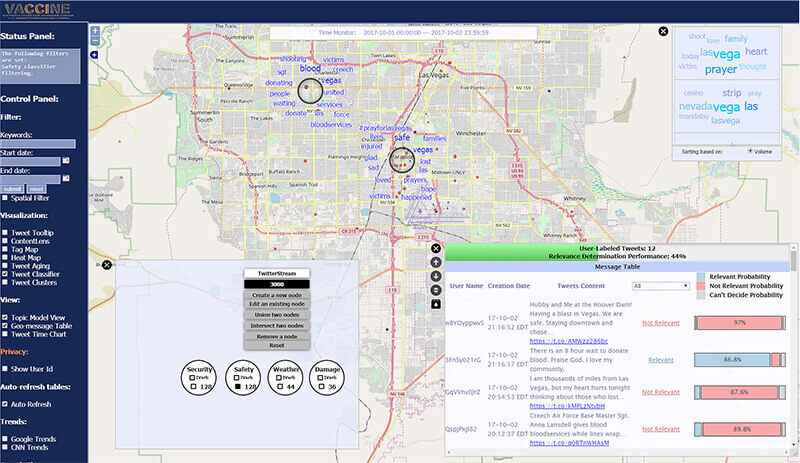 SMART users can monitor trends and anomalies on social media by creating lists of keywords that are then put through an algorithm that captures the uses of those words on publicly available information from social media, such as tweets. An interactive machine learning algorithm helps users refine the topically relevant information to reduce false positive.

First responders can explore themes, such as flooding or medical emergencies, which are then visually displayed and highlighted on a map as they are talked about on social media within a specific geographic area. Ebert said the technology could be used to learn about the situation such as fallen trees, power outages, or find people trapped after a disaster who communicate via social media.

The work aligns with Purdue's Giant Leaps celebration of the university’s global advancements made in artificial intelligence as part of Purdue’s 150th anniversary. It is one of the four themes of the yearlong celebration’s Ideas Festival, designed to showcase Purdue as an intellectual center solving real-world issues.