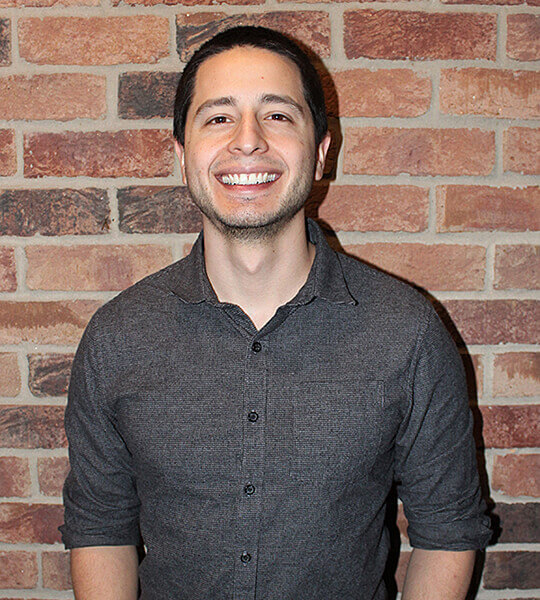 WEST LAFAYETTE, Ind. —A postdoctoral neuroscience researcher in Purdue’s Weldon School of Biomedical Engineering has been selected into the Hanna Gray Fellowship of the Howard Hughes Medical Institute.

“Receiving an extremely competitive fellowship such as the HHMI Hanna Gray is a tremendous honor that reflects the high-quality research being performed by Daniel in our Weldon School,” said George R. Wodicka, Purdue’s Dane A. Miller Head of Biomedical Engineering. “Daniel comes to Purdue with an extraordinary record of accomplishment in nanoscience at Rice University and is now using that strong base to tackle the challenge of mapping subcellular neural circuit function. The HHMI Hanna Gray Fellowship will allow him to fully pursue such high-impact interdisciplinary research and aid in his goal of becoming a faculty member in the future.”

Gonzales studies how dendrites, or the wires of the brain, transmit information and plays a role in basic tasks like touch, vision, memory and learning.

“My work is a bridge between engineering, technology and neuroscience,” he said. “As neuroscientists, we want to record electrical activity from the brain to understand how it senses the world, makes decisions, drives behavior and forms memories. Dendrites play a significant role in each of these basic brain functions. However, probing and studying the brain at such a fine scale is incredibly difficult as dendrites are only about one one-hundredth the diameter of a hair.”

To study dendrites, Gonzales and his advisor, Krishna Jayant, assistant professor in the Weldon School of Biomedical Engineering, are developing a set of nanoscale probes. The technology can record activity from some of the smallest structures of the brain and conforms to the brain surface. The probes allow Gonzales and Jayant to interface with individual dendrites and listen to the brain’s conversations. They refer to their array of probes as the “Nano-Needle Net.” The team is also collaborating with Scott Pluta, assistant professor in the Department of Biological Sciences, to use the Nano-Needle Net to dissect the dendritic circuit mechanisms involved in touch.

The HHMI Hanna Gray Fellows Program provides each fellow with up to $1.4 million in funding over eight years, mentoring and active involvement in the HHMI community. In the first four years of the program, HHMI supports the fellow’s postdoctoral training. The next four years, the fellow is supported as a faculty member at a research university. The program’s goal is to increase diversity in science and encourage talented early career scientists who have the potential to become leaders in academic research. HHMI has now recognized 45 fellows since the start of the program three years ago.

Gonzales received a Bachelor of Science in physics from Angelo State University and his master’s and doctoral degrees in applied physics from Rice University. He is a Hispanic, first-generation college student. He submitted his research proposal on Nano-Needles in January and was selected as one of 30 semifinalists in April. The finalists were determined based on formal presentations in June. He also is a Lillian Gilbreth Fellow here at Purdue.

HHMI plays an important role in advancing scientific research and education in the U.S. Its scientists, located across the country and around the world, have made important discoveries that advance both human health and our fundamental understanding of biology. The institute also aims to transform science education into a creative, interdisciplinary endeavor that reflects the excitement of real research. HHMI’s headquarters are located in Chevy Chase, Maryland, just outside Washington, D.C.