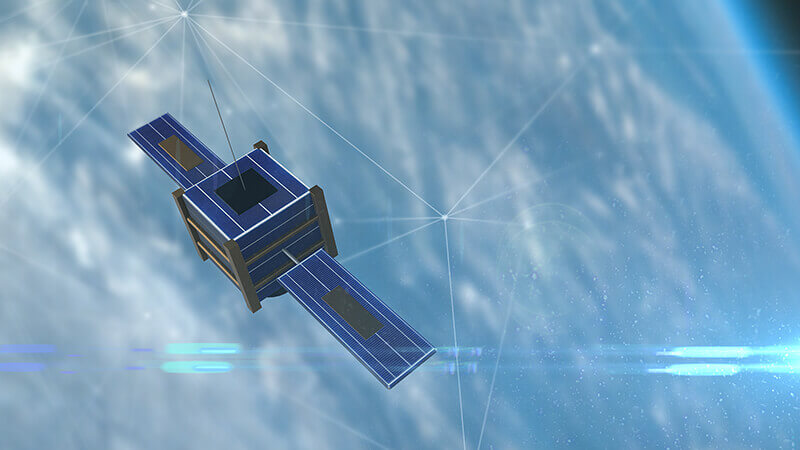 WEST LAFAYETTE, Ind. – Finding inexpensive solutions for propelling CubeSats is one of the most critical components of the rapidly growing industry of commercial launches of satellites the size of a loaf of bread. The small size and relatively low cost have made CubeSats popular choices for commercial launches in recent years.

The first CubeSat was launched in 1999. Since then, more than 1,000 have been launched. The rapid development and application of nanosatellite technology has vastly accelerated mission complexity – sparking interest in robust, low-power and high-specific impulse micropropulsion systems. 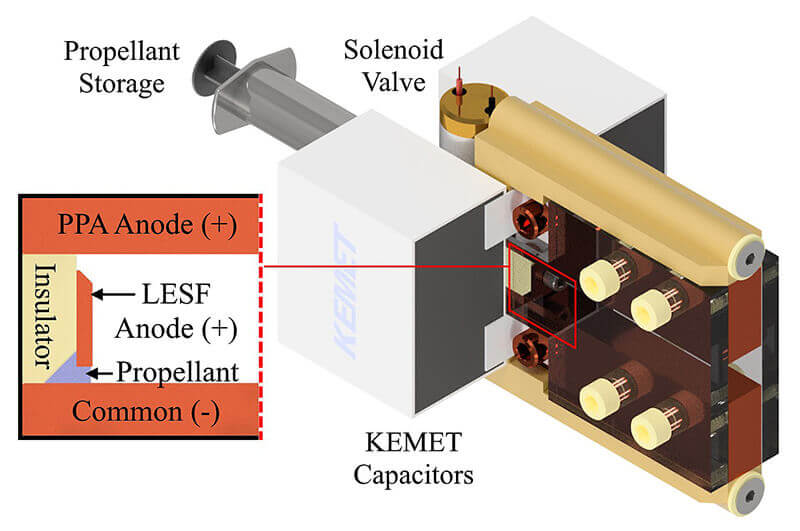 “Our innovation helps address current challenges with CubeSat micropropulsion systems, including short operational lifetimes, contamination risks and economic challenges,” said Alexey Shashurin, an assistant professor of aeronautics and astronautics in Purdue’s College of Engineering. “Our system is better able to operate reliably for the entire mission and the liquid propellant we use does not create the contamination risks to the subsystems that we see with current options.”

The Purdue team’s work was presented in June at the 2019 IEEE Pulsed Power and Plasma Science Conference in Orlando, Florida.

Overall popularity of the CubeSats is driven heavily by the great advancement in miniaturization of electronic components and sensors that allows for new kinds of space missions and measurements using a CubeSat.

“We have taken the next step toward developing a robust propulsion system for CubeSats to provide for necessary maneuvering during missions,” Shashurin said. “Developing innovative technologies like this is one of my passions.”

Shashurin and his team worked with the Purdue Research Foundation Office of Technology Commercialization to file a provisional patent on the technology. They are looking for partners to continue development.

Their work aligns with Purdue's Giant Leaps celebration of the university’s global advancements in space exploration as part of Purdue’s 150th anniversary. It is one of the four themes of the yearlong celebration’s Ideas Festival, designed to showcase Purdue as an intellectual center solving real-world issues.