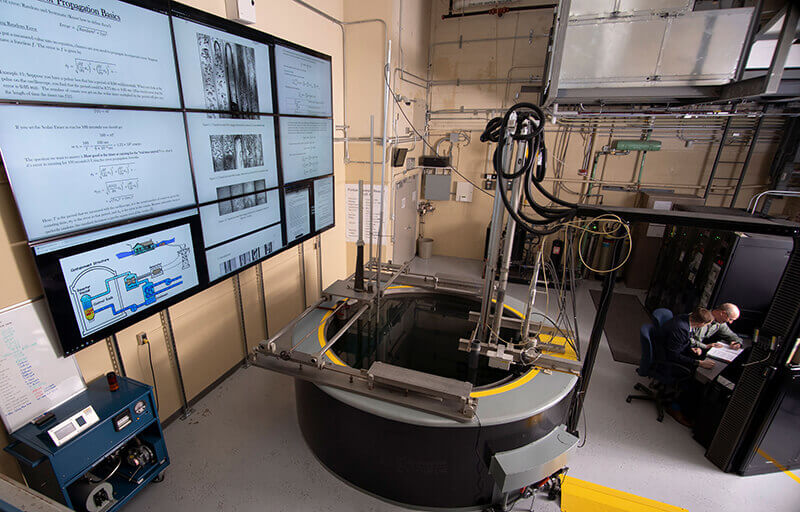 
WEST LAFAYETTE, Ind. — How reliable and resilient is an all-digital nuclear reactor? Scientists and engineers at Purdue University hope to answer that question by supporting public and private research partnerships at a first-of-its-kind, digitally operated nuclear reactor, licensed by the U.S. Nuclear Regulatory Commission.

“As the United States and the world continue to implement digital technology, that introduces both strengths and vulnerabilities that need to be explored and understood because our economy relies on the resiliency of these systems,” said Clive Townsend, the supervisor for Purdue University Reactor Number One (PUR-1). 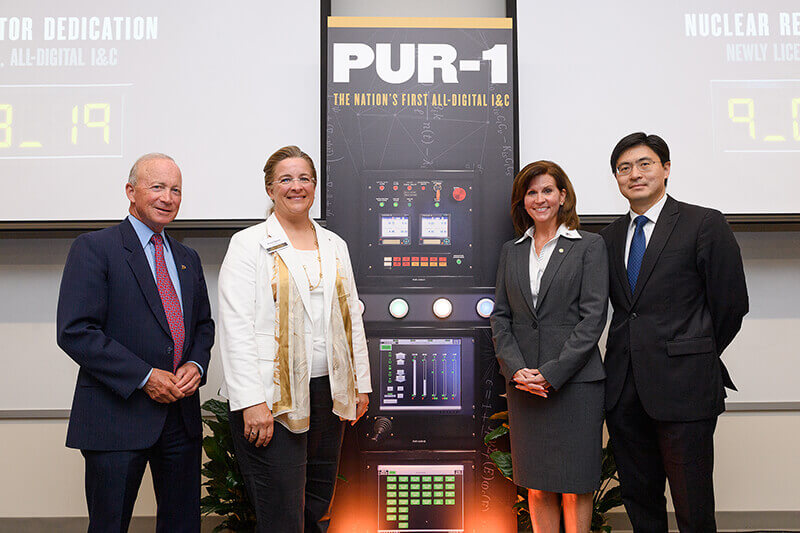 Before PUR-1’s conversion to digital, all of the reactors in the United States operated with analog technology, such as vacuum tubes and hand-soldered wires, Townsend said. The Purdue facility, which is licensed by the U.S. Nuclear Regulatory Commission, will serve as the nation’s first cyber-nuclear testbed for corporate partners and academic researchers.

“We are inviting and forming partnerships – that could be private, other universities or national labs – to explore how we can leverage the strengths of digital systems in order to ensure reliability,” Townsend said.

PUR-1 researchers already are partnering with Mirion Technologies, a nuclear measurement and detection company, to characterize its detectors with the reactor, testing how they perform in different environments. Mirion and Curtiss-Wright Corp. were collaborators in building the digital system at Purdue.

The reactor also is versatile, serving as a hybrid between a research and cross-disciplinary teaching reactor. It’s used to teach in areas from political science to mechanical engineering, and it attracts thousands of visitors every year, from high school students and Boy Scouts to 4-H members, Townsend said. Several educational events are being planned around the reactor, including a summer camp for high school students and a group of secondary teachers hosted by the International Atomic Energy Agency, the United Nations nuclear watchdog.

“We’re seeing renewed interest by members of the public and future students, as well as collaborations in private and public sectors, to use this small reactor for a variety of purposes, including detector characterization and new outreach capabilities across both the U.S. and the world,” he said. “It’s really breathed new life, as well as new research capabilities.”

PUR-1’s digital conversion began in 2016 and was dedicated during a ribbon-cutting and three-day summit, “Atoms for Humanity,” beginning Tuesday (Sept. 3).

The milestone aligns with Purdue's Giant Leaps celebration, acknowledging the university’s global advancements made in health, space, artificial intelligence and sustainability as part of Purdue’s 150th anniversary. These are the four themes of the yearlong celebration’s Ideas Festival, designed to showcase Purdue as an intellectual center solving real-world issues.

Note to Journalists: Broadcast quality b-roll of the nuclear reactor and its digital capabilities, including drone and GoPro footage, is available at https://wgbh.box.com/s/ozr30iov5v9secmavtzqpfrxamu92b6g.

Broadcast quality b-roll of the PUR-1 dedication will be available this evening at http://bit.ly/PurdueNuclear.

A photo gallery is also available at https://purdueengineering.exposure.co/pur1-goes-digital.