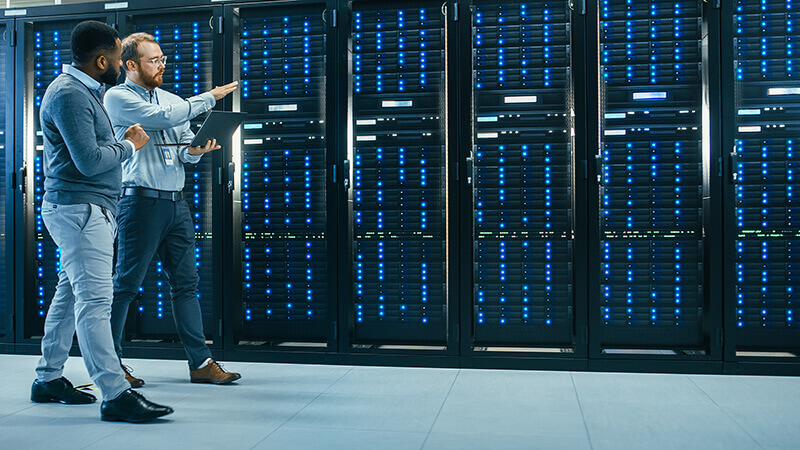 Those data centers – which operate millions of drives and hold massive amounts of digital data – use some 70 billion kilowatt hours per year of energy. One kWh is enough power to keep a smartphone charged for about a year. At an average cost of 10 cents per kWh, the annual cost of all that power is around $7 billion.

Now a method that can potentially reduce energy consumption in magnetic memory devices and improve their speeds is advancing at Purdue University. The method involves a combination of spintronic and photonic materials, where ultrashort laser pulses are employed to generate intense magnetic fields to manipulate the spin orientation of magnetic materials.

“We have brought together these two fields to derive a solution to a decades-old problem,” said Ernesto Marinero, a professor of materials engineering and electrical and computer engineering in Purdue’s College of Engineering. “We wanted to figure out faster ways of switching the magnetization in spintronic nanoscale memory devices.”

This is a schematic of the proposed Purdue design to potentially reduce energy consumption in magnetic memory devices and improve their speeds. (Image provided) Download image

Marinero worked with Vlad Shalaev and Alexandra Boltasseva, photonics experts and professors in Purdue’s College of Engineering, to develop a new magneto-photonics effort to employ light to control magnetization processes for a variety of applications – resulting in ultra-fast switchable devices.

“We are among the first to successfully develop a method for all-optical switching of on-chip nanomagnets in high-density memory modules,” Marinero said.

This emerging technology involves collective electron waves, or plasmons, triggered when light strikes a nanoscale material such as a metal that can sustain the electron waves. These plasmons generate intense, ultra-short magnetic fields at the interface of judiciously chosen optical and magnetic materials.

By changing the properties of the incident light, the direction of the resulting magnetic field is reversed, which enables the manipulation of the magnetic orientation in the magnetic material, a critical requirement for magnetic information storage. Numerical simulations conducted by Aveek Dutta, a graduate student in engineering, predict large magnetic field enhancements driven by induced plasmon excitations.

“We believe that our method could ultimately lead to memory writing speeds that are 1,000 times faster than current ones,” Marinero said. “One of our key areas for success is continuing to develop materials that interact with the magnets in an efficient way.”

The researchers are working with the Purdue Research Foundation Office of Technology Commercialization to patent the technology. They are looking for additional partners and those interested in licensing the technology.