WEST LAFAYETTE, Ind. — Nuclear power plants generate 20% of the nation’s electricity and are the largest clean energy source in the U.S. But to further offset climate change, the nuclear energy sector needs to extend the lifetime of existing facilities as well as build new ones.

This requires the U.S. switching from traditional analog technology to the latest advances in digital technology, a change already made in other countries. 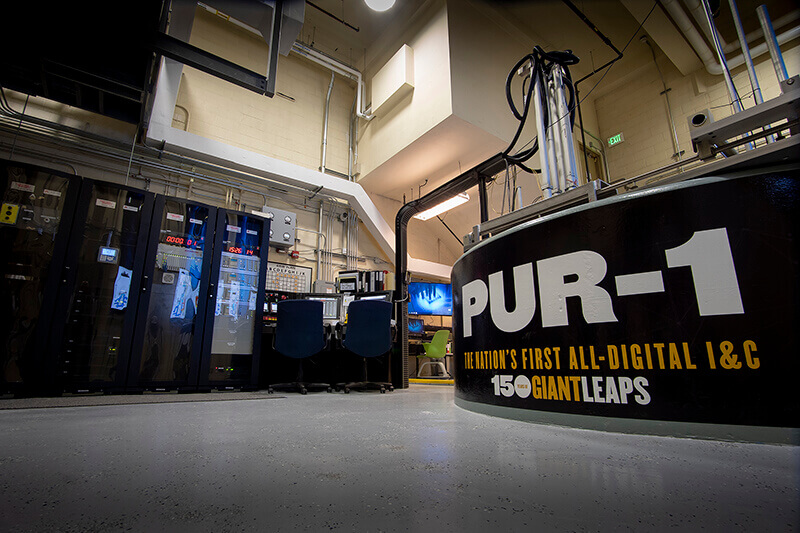 The U.S. Nuclear Regulatory Commission has licensed Purdue University Reactor Number One (PUR-1) as the first entirely digital nuclear reactor instrumentation and control system in the nation. The upgraded reactor and facility, originally built in 1962, paves the way for widespread implementation of digital technology in both research and industry reactors.

“Modern control technology in the nuclear sector will allow for big data applications and increased reliability,” said Clive Townsend, the supervisor for Purdue's reactor. “We’re going from the vacuum tubes and hand-soldered wires of the ’60s, to LEDs, ethernet cables and advanced electronics.”

Traditional analog consoles make it difficult to take research data accurately and quickly, while a digital system allows values to be measured instantly. Going digital means that much more data can be processed and analyzed, opening the door to capabilities that haven’t been as possible yet in the nuclear sector, such as predictive analytics, machine learning and artificial intelligence.

Digital technology also allows reactor facilities to identify performance interruptions which may occur before the scheduled maintenance time, making them safer and extending their lifetime. If parts needed to be replaced, digital ones are far less expensive and more commercially available than analog parts. 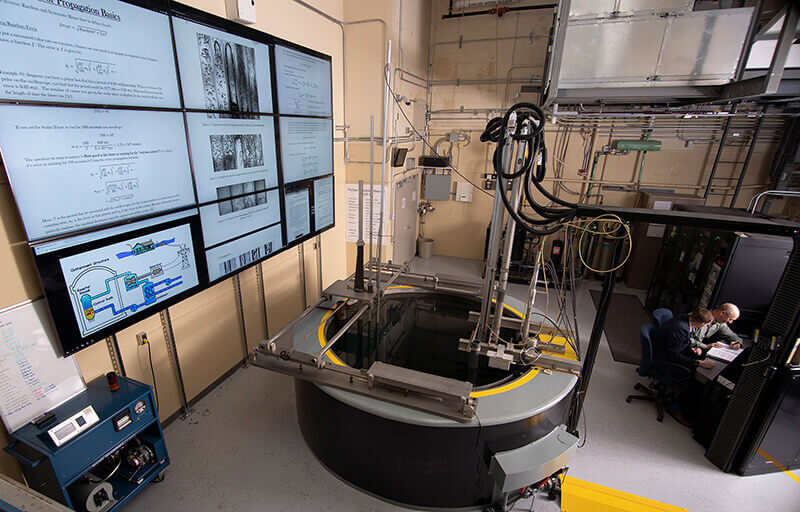 While university reactors like Purdue’s aren’t used for powering energy grids like industry reactors, they provide a platform for research. Examples that might surprise you include understanding how heavy metals affect mental health, identifying the origins of a 1,000-year-old artifact or eventually predicting how well pilots will fly new planes.

The digital conversion of PUR-1 began in 2012, when the U.S. Department of Energy awarded Purdue a grant through its Nuclear Energy University Program to replace the reactor equipment with a state-of-the-art instrumentation and control system. Purdue developed and built the fully digital system in collaboration with Mirion Technologies and the Curtiss-Wright Corp.

“The reactor’s use in recent years had shifted from fundamental reactor physics research to serving primarily as an educational support facility,” said Seungjin Kim, the Capt. James F. McCarthy Jr. and Cheryl E. McCarthy Head of the School of Nuclear Engineering at Purdue.

“Now, we can return to that impactful research while also significantly expanding the reactor’s teaching capabilities,” he said. 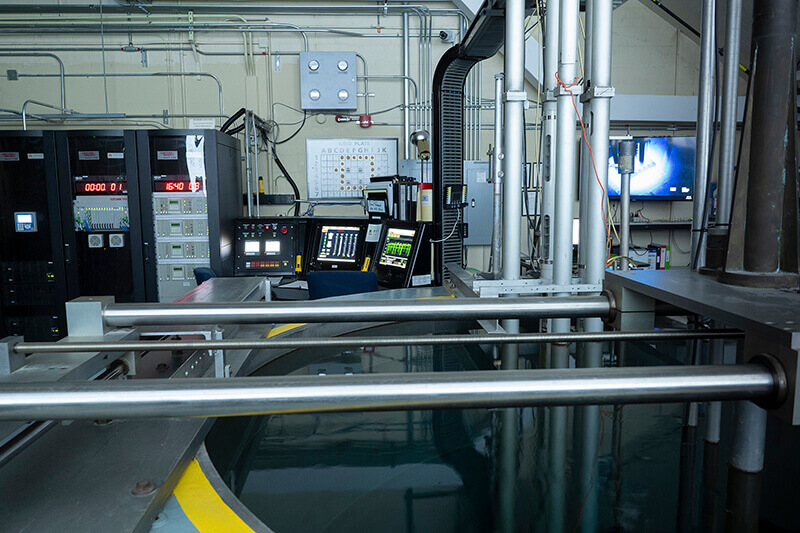 “The nuclear reactor with fully digitized instrumentation and control is a milestone for Purdue’s School of Nuclear Engineering,” said Mung Chiang, the John A. Edwardson Dean of Purdue’s College of Engineering. “The research and teaching enabled by the new PUR-1 will also contribute to the next chapter of nuclear energy, safety and security in the country.”

U.S. NRC licensing of the PUR-1 system is unprecedented in other ways, as well: Some of the parts are certified under the German Nuclear Safety Standards Commission (KTA), rather than under domestic standards.

Historically, the U.S. NRC has accepted only parts certified under domestic standards, which are generally cost-prohibitive for use. The U.S. NRC accepted these parts in PUR-1 through the agency’s initiative for a risk-informed and performance-based regulatory process.

“The fact that the NRC is accepting a digital console for a small research reactor, with parts certified under the KTA standards, signals the regulatory body moving toward approval in a large industry reactor,” Townsend said.

A digital university reactor offers several benefits both to industry players and educational settings. As a cyberphysical test bed, collaborators and corporate partners will be able to evaluate simulations of industry reactors using Purdue’s facility as a model and apply lessons learned and best practice improvements to their own reactors.

“Testing code and simulations in smaller university facilities allows more flexibility, ease of access and quicker development cycles than would be available at larger industrial partners,” said Robert Bean, the PUR-1 facility director and an assistant professor of nuclear engineering at Purdue. “At low cost, researchers will be able to quickly evaluate their work and achieve full-scale deployment.”

Digital technology also means that Purdue can utilize the reactor to send live data to remote locations, helping researchers to match reactor status in real time to their experimental results, and students to visualize from their monitors how a reactor responds.

“We can send signals to areas, such as schools in developing countries, that do not have the luxury of their own nuclear reactor facility and the associated educational infrastructure. As long as they have internet and this partnership with Purdue, they can see and study how the reactor works,” Kim said.

A ribbon-cutting ceremony for the newly licensed PUR-1 will kick off a three-day summit, “Atoms for Humanity,” on Sept. 3 at Purdue University.

The milestone aligns with Purdue's Giant Leaps celebration, acknowledging the university’s global advancements made in health, space, artificial intelligence and sustainability as part of Purdue’s 150th anniversary. These are the four themes of the yearlong celebration’s Ideas Festival, designed to showcase Purdue as an intellectual center solving real-world issues.

Note to Journalists: A YouTube video is available at https://youtu.be/fDPqqGegOSE. Other multimedia can be found in a Google Drive folder at http://bit.ly/PUR-1-media. Photos were taken by Vincent Walter and video is by Erin Easterling, digital producer for the Purdue College of Engineering, 765-496-3388, easterling@purdue.edu. A photo gallery is also available at https://purdueengineering.exposure.co/eece7b505957630cea165ec7abf09059. Tours of the reactor can be arranged here: https://engineering.purdue.edu/NE/research/facilities/reactor/request-tour.