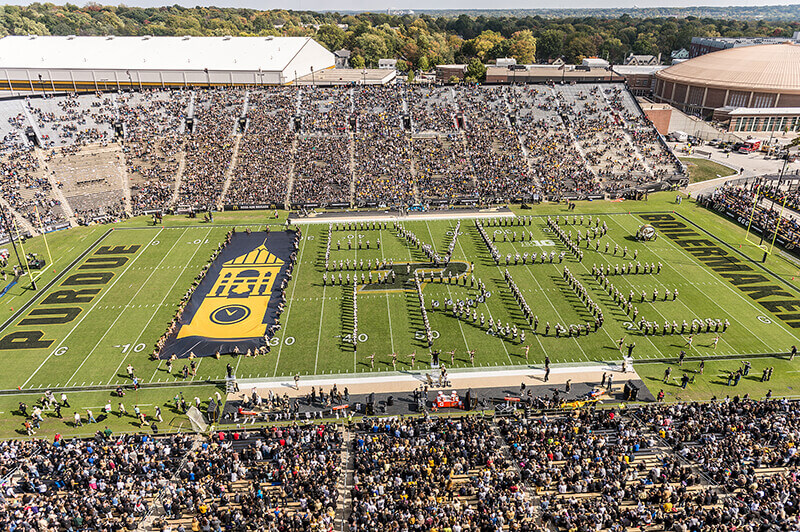 At $2.529 billion raised, Ever True is the largest fundraising initiative in Purdue history. (Purdue University photo)


WEST LAFAYETTE, Ind. — Ever True: The Campaign for Purdue University is officially the largest fundraising initiative in the university’s history.

The campaign, launched in 2012 and publicly announced in 2015, generated $2.529 billion as of June 30, some 25% over its $2.019 billion goal. The record effort ends as Purdue celebrates its sesquicentennial — “150 Years of Giant Leaps” — and the 50th anniversity of alumnus Neil Armstrong’s walk on the moon.

Together, donors more than tripled Purdue’s annual giving for student support from $32 million at the outset of the campaign to $102.1 million; a campaign goal was to double annual student support.

“Ever True has been a historic undertaking,” Purdue President Mitch Daniels said. “Our university was created from a remarkable act of generosity: John Purdue’s gift of $150,000 and 100 acres of farmland. Throughout this campaign, the Purdue family has followed our founding benefactor’s lead and made generous contributions that support people and initiatives across the entire Purdue system. We celebrate the alumni and friends who have invested in Purdue University, and we are profoundly thankful.”

Ever True raised $501.9 million to ensure that Purdue remains affordable and accessible for a vibrant and talented student body. Donors endowed 935 scholarships as part of this campaign goal, bringing Purdue’s total to 2,292.

Ever True raised $775.1 million in gifts that are strengthening initiatives such as the Minority Engineering Program, expanding interdisciplinary research across the university, furthering cancer research, and increasing Discovery Park’s impact through such initiatives as the Pillars of Life Sciences, which established the Integrative Neuroscience Center and Institute for Inflammation, Immunology and Infectious Disease.

Ever True raised $367.7 million for more than 25 major capital projects, including the Wilmeth Active Learning Center, the Bechtel Innovation Design Center, the Hobart and Russell Creighton Hall of Animal Sciences, the Land O’Lakes Inc. Center for Experiential Learning, the Honors College and Residences and the upcoming renovation of Purdue Memorial Union Club.

Ever True raised $415.9 million for a range of strategic uses.

Private giving over the course of the campaign experienced an upturn as Purdue made news for its tuition freeze — now in its eighth year — and other innovations, including the Purdue Polytechnic High School in Indianapolis; the College of Liberal Arts’ Degree in 3 program; Back a Boiler, an income-share agreement program to fund students’ educational expenses; the transformation of State Street as a campus thoroughfare; and the creation of Purdue University Global for online education.

“Ever True has enabled us to expand on the tremendous things happening at Purdue as we fulfill our priorities of placing students first, building on our strengths and championing research and innovation,” said Amy Noah, vice president for development. “The campaign’s success wouldn’t have been possible without the support and generosity of our alumni around the world; faculty, staff and students; parents, friends and retirees; and our corporate and foundation partners — including 100,000-plus donors who chose to give to Purdue for the first time ever through this campaign. We are so grateful for everyone’s incredible response and for the momentum that’s been created.”

The campaign included Purdue Northwest, Purdue Fort Wayne and Purdue Global in addition to the West Lafayette campus. Purdue Day of Giving accounted for $146.9 million of the campaign total, from 84,328 gifts over six years, and has emerged as the country’s largest single-day fundraising initiative in higher education.

The campaign finale celebration will be held on Oct. 11 at the France A. Córdova Recreational Sports Center as part of the President’s Council Annual Weekend.