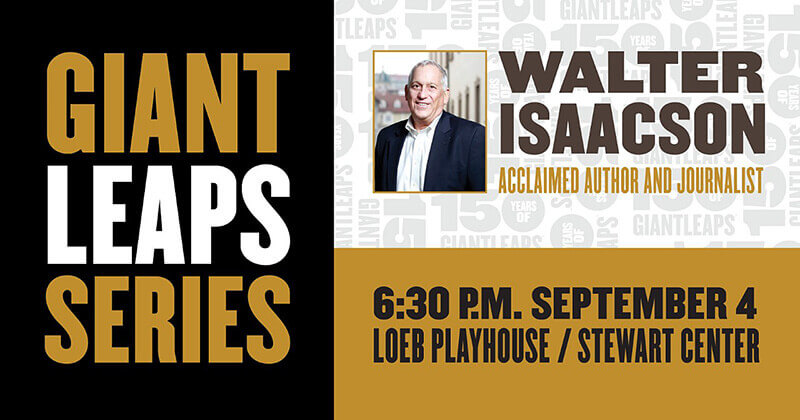 Isaacson will join Purdue President Mitch Daniels beginning at 6:30 p.m. in Stewart Center’s Loeb Playhouse for an armchair conversation, followed by a Q&A with the audience. This Giant Leaps Series event is free and open to the public. This is one of many events celebrating Purdue’s sesquicentennial, 150 Years of Giant Leaps. This yearlong celebration is highlighting Purdue’s remarkable history of giant leaps, while focusing on what giant leaps Purdue can take to address the world’s problems.

The talk, called “Giant Leaps of Innovation in the Digital Revolution from Ada to Zuckerberg,” will cover many of the topics addressed in Isaacson’s recent books. Isaacson’s most recent biography, “Leonardo da Vinci,” offers new discoveries about Leonardo’s life and work, weaving a narrative that connects his art to his science. Isaacson is also the author of “The Innovators: How a Group of Hackers, Geniuses, and Geeks Created the Digital Revolution,” “Steve Jobs, Einstein: His Life and Universe,” “Benjamin Franklin: An American Life” and “Kissinger: A Biography.” His is coauthor of “The Wise Men: Six Friends and the World They Made.” 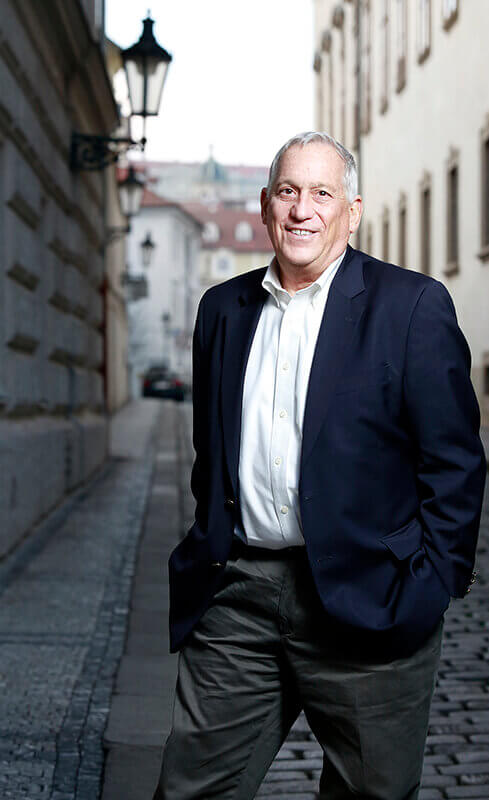 Isaacson is a professor of history at Tulane University and an advisory partner at Perella Weinberg, a financial services firm based in New York. He is the past CEO of the Aspen Institute, where he is now a distinguished fellow, and has been the chairman of CNN and the editor of Time magazine.

He is a host of the show “Amanpour and Company” on PBS and CNN, a contributor to CNBC and host of the podcast “Trailblazers, from Dell Technologies.”

Born in New Orleans, he is a graduate of Harvard College and Pembroke College of Oxford University, where he was a Rhodes Scholar. He began his career at The Sunday Times of London and then worked at the New Orleans Times-Picayune. He joined Time in 1978 and served as a political correspondent, national editor and editor of digital media before becoming the magazine’s 14th editor in 1996. He became chairman and CEO of CNN in 2001, and then president and CEO of the Aspen Institute in 2003.

He is chair emeritus of Teach for America. From 2005-2007 he was the vice-chair of the Louisiana Recovery Authority, which oversaw the rebuilding after Hurricane Katrina. He served as the chairman of the Broadcasting Board of Governors, which runs Voice of America, Radio Free Europe, and other international broadcasts of the United States, a position he held from 2009 to 2012.

He is a member of the American Academy of Arts and Sciences, the Royal Society of the Arts and the American Philosophical Society. He serves on the board of United Airlines, the New Orleans City Planning Commission, the New Orleans Tricentennial Commission, Bloomberg Philanthropies, the Rockefeller Foundation, the Society of American Historians, the U.S. Defense Department Innovation Board, the Carnegie Institution for Science and My Brother’s Keeper Alliance.