Advancement in driverless aircraft could direct the future of drones, flight 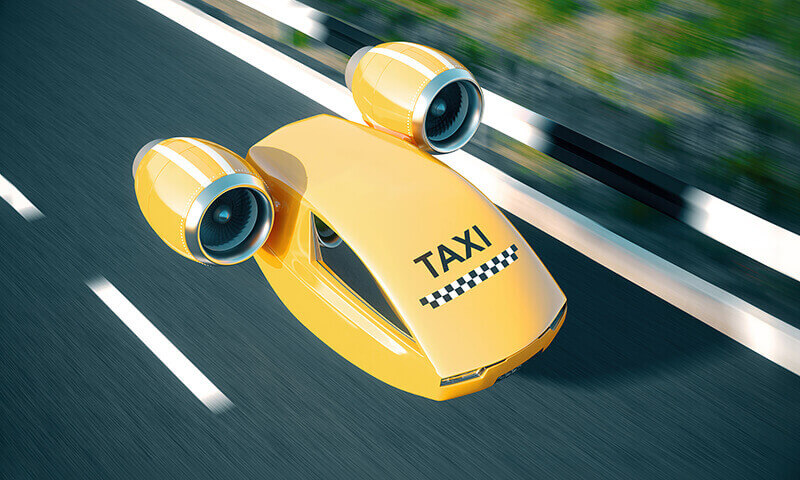 A new method from Purdue University could help with takeoff and landing for autonomous taxis and cargo carriers. (Stock photo) Download image

New method could help with takeoff and landing for autonomous taxis, cargo carriers

WEST LAFAYETTE, Ind. – Billions of dollars are being spent by aviation giants and aerospace startups to create driverless flying vehicles that can meet the growing need for rapid and flexible travel and delivery. Anyone who has tried to navigate major metro areas like New York City or Los Angeles knows the hassles associated with sharing the roads and air with millions of other people.

The global drone logistics and transportation market is projected to reach $29.06 billion by 2027. One of the solutions currently being worked on is the autonomous aerial vehicle (AAV) with vertical takeoff and landing (VTOL) ability. The technology, what some might call a drone helicopter concept, is being tested to carry cargo and eventually taxi passengers.

“Everyone is facing the same problem with weight in creating these types of vehicles,” said Lizhi Shang, a postdoctoral research assistant who works on the technology with Andrea Vacca, a professor of agricultural and biological engineering at Purdue. “Drones require heavy batteries or lots of electrical components, which leaves little room for the actual payload.”

Shang said many current systems also are expensive, unstable, unreliable and not environmentally friendly. Shang and the research team at Purdue University came up with a method to use fluid power technology for VTOL AAV. 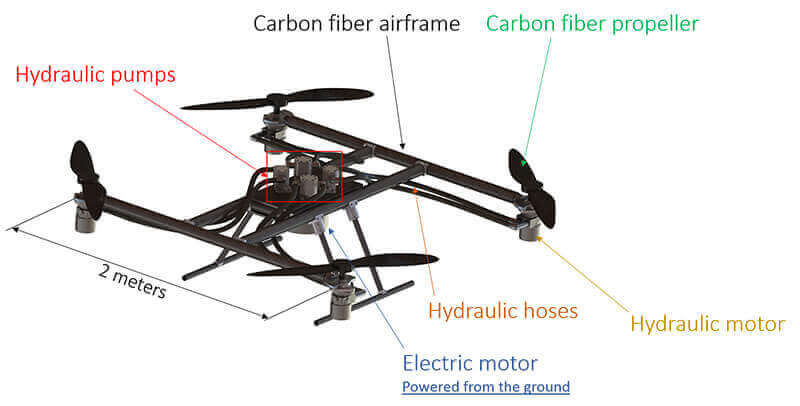 Researchers at Purdue University have come up with a method to use fluid power technology for the future of drones and flight. Download image

The Purdue team members said their technology is an inexpensive, recyclable hydraulic propulsion system for the multi-rotor VTOL aircraft. The propulsion system uses hydrostatic transmission, a lighter weight and more reliable option, to distribute engine power throughout the rotors, providing thrust for the aircraft and allowing the rotors to each spin at different speeds.

The speed of each motor can be controlled individually with faster response by the flight controller or human operator and can run at constant speeds, extending the engine lifetime. This provides both aerodynamic lift and attitude control, eliminating the need for an additional moving control surface or weight shifting device and resulting in a more stable flight and more useful load.

“The critical advantage of this innovation is that it’s lightweight, which then can be translated as superior payload fraction, lower operation cost, longer flight distance and better controllability and maneuverability,” Shang said. “For transmitting the same power with precise speed control, a hydraulic system is much lighter than an electric system, which is currently dominating the market.”

Shang and the team have worked with the Purdue Research Foundation Office of Technology Commercialization to patent the technology. They will present their method during the 2019 Purdue Technology Showcase on May 16. They are looking to license it and are seeking collaborators for further development.

The work aligns with Purdue's Giant Leaps celebration, celebrating the global advancements in sustainability as part of Purdue’s 150th anniversary. It is one of the four themes of the yearlong celebration’s Ideas Festival, designed to showcase Purdue as an intellectual center solving real-world issues.

The Purdue Research Foundation Office of Technology Commercialization operates one of the most comprehensive technology transfer programs among leading research universities in the U.S. Services provided by this office support the economic development initiatives of Purdue University and benefit the university's academic activities. The office is managed by the Purdue Research Foundation, which received the 2016 Innovation and Economic Prosperity Universities Award for Innovation from the Association of Public and Land-grant Universities. For more information about funding and investment opportunities in startups based on a Purdue innovation, contact the Purdue Foundry at foundry@prf.org. For more information on licensing a Purdue innovation, contact the Office of Technology Commercialization at otcip@prf.org and reference 2018-IVAN-68075. The Purdue Research Foundation is a private, nonprofit foundation created to advance the mission of Purdue University.