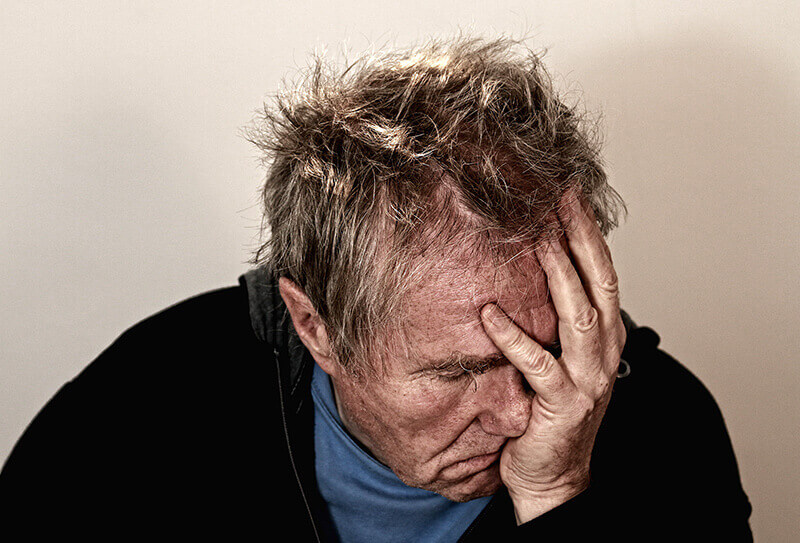 Side effects from chemoradiotherapy are too aggressive for many head and neck cancer patients. A new formulation could both improve the treatment and remove side effects altogether. (Photo: Gerd Altmann) Download image

WEST LAFAYETTE, Ind. — For advanced stages of head and neck cancer, one of the best treatments is so aggressive that it could bring tooth decay, speech loss, constant nausea or all of the above.

That’s because the treatment combines two therapies – chemotherapy and radiation – which means double the cancer-killing power, but also double the side effects. A large proportion of the 63,000 Americans diagnosed with head and neck cancer each year are ineligible for this treatment because they are too old or too sick, but most don’t know they have the cancer until after the age of 50.

Purdue University researchers in collaboration with the Indiana University School of Medicine have created a new chemoradiotherapy formulation that they predict should be even more effective than what is available commercially. The formulation shouldn’t produce side effects because all its toxins stay within tumors, rather than leaking into the bloodstream and harming the whole body.

The study, which appears in a recent issue of the Journal of Controlled Release, shows that the formulation is successful in cancer cell culture experiments, in-vivo animal models and mathematical simulations of patient data. Next, the researchers intend to test the formulation in dogs that naturally have head and neck cancer.

“All previous commercial formulations are not optimized for releasing directly at the tumor under radiation,” said You-Yeon Won, a professor of chemical engineering at Purdue, whose lab focuses on improving drug and gene delivery in the body.

“Our formulation has more control and could also be applied to any type of solid tumor, such as those in the breast, prostate, lungs or liver,” he said.

The formulation, designed to be delivered to a tumor via a long syringe needle, is a capsule containing a chemotherapy drug and nanoparticles – tiny compounds that sensitize cancer cells to radiation, making them easier to kill.

Once injected into the body and activated by X-ray radiation, the nanoparticles produce UV light, cracking open the capsule coating so that the chemotherapy drug rapidly releases to a tumor. The coating is biocompatible and approved by the FDA.

Here’s the edge: The drug stays in the tumor at least a month – far longer than the minimal therapeutic threshold – and its concentration outside of the tumor stays well below a toxic threshold. Since the drug toxins aren’t leaking out of the tumor much, they aren’t damaging other cells, which means that there would be virtually no side effects.

The radiation also isn’t tearing through other tissue, causing problems like tooth decay, because the nanoparticles keep it targeted at cancer cells.

“We’ve developed the first-in-kind chemoradiotherapy formulation that can release drugs in response to X-ray radiation. Only under radiation does it start releasing the drug,” Won said.

This research also aligns with Purdue's Giant Leaps celebration, acknowledging the university’s global advancements made in health, longevity and quality of life as part of Purdue’s 150th anniversary. This is one of the four themes of the yearlong celebration’s Ideas Festival, designed to showcase Purdue as an intellectual center solving real-world issues.

The present work demonstrates a novel concept for intratumoral chemo-radio combination therapy for locally advanced solid tumors. For some locally advanced tumors, chemoradiation is currently standard of care. This combination treatment can cause acute and long term toxicity that can limit its use in older patients or those with multiple medical comorbidities. Intratumoral chemotherapy has the potential to address the problem of systemic toxicity that conventional chemotherapy suffers, and may, in our view, be a better strategy for treating certain locally advanced tumors. The present study proposes how intratumoral chemoradiation can be best implemented. The enabling concept is the use of a new chemotherapeutic formulation in which chemotherapy drugs (e.g., paclitaxel (PTX)) are co-encapsulated with radioluminescent nanoparticles (e.g., CaWO4 (CWO) nanoparticles (NPs)) within protective capsules formed by biocompatible/biodegradable polymers (e.g., poly(ethylene glycol)-poly(lactic acid) or PEG-PLA). This drug-loaded polymer-encapsulated radioluminescent nanoparticle system can be locally injected in solution form into the patient's tumor before the patient receives normal radiotherapy (e.g., 30–40 fractions of 2–3 Gy daily X-ray dose delivered over several weeks for locally advanced head and neck tumors). Under X-ray irradiation, the radioluminescent nanoparticles produce UV-A light that has a radio-sensitizing effect. These co-encapsulated radioluminescent nanoparticles also enable radiation-triggered release of chemo drugs from the polymer coating layer. The non-toxic nature (absence of dark toxicity) of this drug-loaded polymer-encapsulated radioluminescent nanoparticle (“PEG-PLA/CWO/PTX”) formulation was confirmed by the MTT assay in cancer cell cultures. A clonogenic cell survival assay confirmed that these drug-loaded polymer-encapsulated radioluminescent nanoparticles significantly enhance the cancer cell killing effect of radiation therapy. In vivo study validated the efficacy of PEG-PLA/CWO/PTX-based intratumoral chemo-radio therapy in mousetumor xenografts (in terms of tumor response and mouse survival). Results of a small-scale NP biodistribution (BD) study demonstrate that PEG-PLA/CWO/PTX NPs remained at the tumor sites for a long period of time (> 1 month) following direct intratumoral administration. A multi-compartmental pharmacokinetic model (with rate constants estimated from in vitro experiments) predicts that this radiation-controlled drug release technology enables significant improvements in the level and duration of drug availability within the tumor (throughout the typical length of radiation treatment, i.e., > 1 month) over conventional delivery systems (e.g., PEG-PLA micelles with no co-encapsulated CaWO4, or an organic liquid, e.g., a 50:50 mixture of Cremophor EL and ethanol, as in Taxol), while it is capable of maintaining the systemic level of the chemo drug far below the toxic threshold limit over the entire treatment period. This technology thus has the potential to offer a new therapeutic option that has not previously been available for patients excluded from conventional chemoradiation protocols.