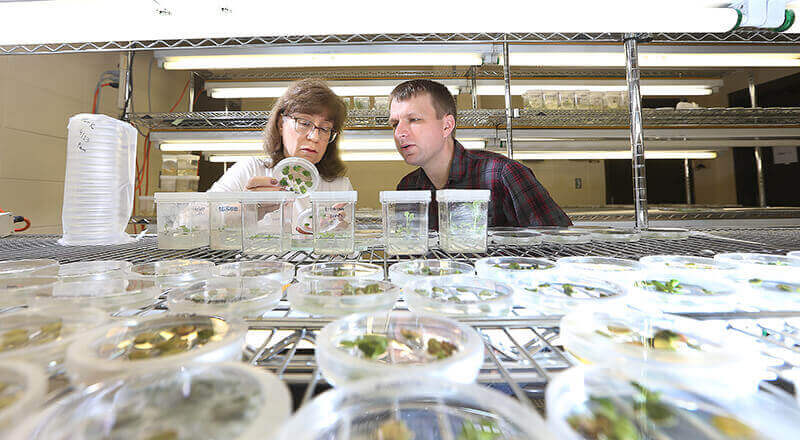 WEST LAFAYETTE, Ind. – Flowers use volatile compounds called terpenes to communicate with and protect themselves from the outside world. The aromas produced welcome pollinators while warding off pests and disease.

Now, a Purdue University study shows that petunias use terpenes in a sort of internal communication and to improve the plant’s reproductive capability. Natalia Dudareva, a Purdue distinguished professor in the Department of Biochemistry and lead on the research, published the findings in a paper featured on the cover of the journal Nature Chemical Biology.

“In general, volatile compounds help in plant-to-plant communication and defense, but this is the first time we’ve seen that plants use these compounds for inter-organ communication and signaling,” Dudareva said. “It’s practically a new physiological process that we’ve never known before.”

Dudareva, along with co-authors Benoît Boachon, a former research associate in Dudareva’s lab, researchers in the labs of Purdue’s John Morgan and Sharon Kessler, and colleagues from the University of Salzburg in Austria, showed that before a petunia flower opens, the bud acts as a sort of fumigation chamber. 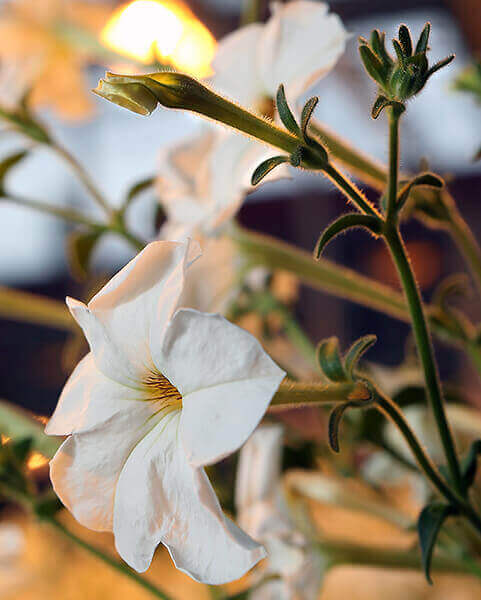 A petunia bud that has not opened (top) will aerially transfer volatile compounds from the tube of the flower to the stigma before opening. The discovery, by Purdue University scientists, is the first organ-to-organ communication detected in flower. (Purdue Agricultural Communication photo/Tom Campbell) Download image

Researchers performed three experiments to confirm their fumigation hypothesis – that terpenes present in the stigma were actually generated and emitted from the flower’s tube and then aerially transported and later absorbed by the stigma.

Surprisingly, petunias lacking fumigation of terpenes from the flower tube also produced smaller stigmas and about 30 percent fewer seeds. That suggests that controlling terpene production in plants could increase seed production, something not considered before this work.

“Volatile compounds were assumed to be involved in defense and communication, but not in the development process,” Dudareva said. “Now we see they have functions similar to hormones. It could be possible to improve reproductive organs development and increase seed yield. This opens a new field for the study of a physiological process involving these compounds.”

The National Science Foundation and the National Institute of Food and Agriculture supported this research.

Natural fumigation as a mechanism for volatile transport between flower organs

Plants synthesize volatile organic compounds (VOCs) to attract pollinators and beneficial microorganisms, to defend themselves against herbivores and pathogens and for plant-plant communication. Generally, accumulation and emission of VOCs occur from the tissue of their biosynthesis. However, using biochemical and reverse genetic approaches, we demonstrate a new physiological phenomenon: inter-organ aerial transport of VOCs via natural fumigation. Before petunia flowers open, a tube-specific terpene synthase produces sesquiterpenes, which are released inside the buds and then accumulate in the stigma, potentially defending the developing stigma from pathogens. These VOCs also affect reproductive organ development and seed yield, which is a previously unknown function for terpenoid compounds.