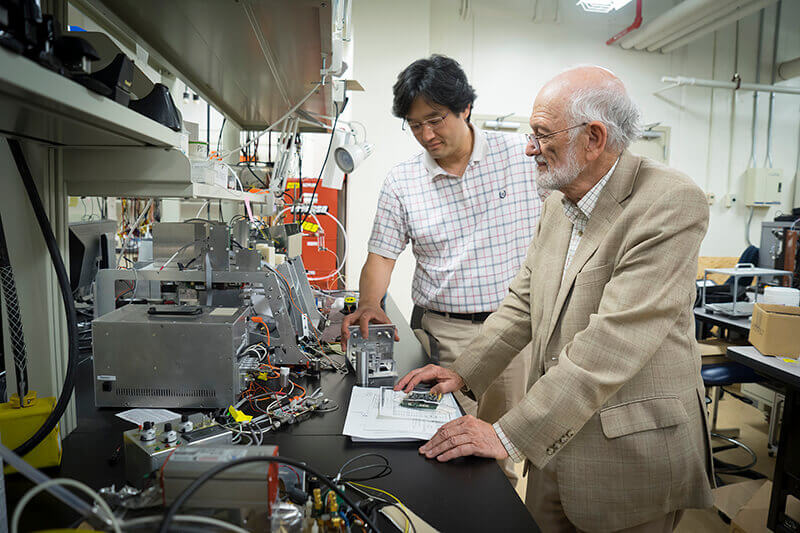 WEST LAFAYETTE, Ind. – Purdue University ranked 12th in the world among universities granted U.S. utility patents in 2018, matching its best finish in the annual rankings put out by the National Academy of Inventors and the Intellectual Property Owners Association.

The Purdue Research Foundation, which manages and licenses Purdue’s intellectual property through the Office of Technology Commercialization, reported that Purdue had 126 U.S. utility patents in 2018, the most ever reported by the university. The previous high was 105 U.S. patents in 2016.

“Being granted more than 100 U.S. patents for four straight years is an indication of how Purdue’s researchers, staff and students have stepped up to meet the challenge Mitch Daniels posed when he became university president in 2013 for Purdue to move its innovations to the public where they can help people,” said Brooke Beier, vice president of the Office of Technology Commercialization. “Our team works diligently with Purdue innovators to protect Purdue’s intellectual property and move the technologies to market.”

These issued patents are finding their way to commercialization partners. In the past three years the Office of Technology Commercialization has executed 408 license and option agreements containing more than 673 technologies. The patents issued to Purdue represent innovations from nearly all of the university's core research areas, including engineering, agriculture, science, computer science, technology, medical devices, pharmaceuticals, health sciences, information technology and veterinary medicine.

The Office of Technology Commercialization has undergone changes since 2013 aimed at making it easier for researchers to commercialize their innovations while building an accomplished team of intellectual property attorneys and business development managers to license Purdue technologies to the best commercialization partner.

The National Academy of Inventors and the Intellectual Property Owners Association have published the report annually since 2013.

In 2017, the Milken Institute ranked Purdue 12th in its list of best universities for technology transfer, ranking Purdue No. 1 in the Midwest and No. 1 nationally among public institutions without a medical school.

In 2016, the Association of Public and Land-grant Universities named Purdue the top award recipient for the association’s Innovation award for its work in entrepreneurship and technology-based economic development. Earlier this month, the association announced that Purdue was one of six finalists for its seventh annual Innovation and Economic Prosperity University Awards. Purdue is a finalist for the association’s “Place” award for its ongoing initiatives resulting in social, cultural and community development. Purdue also is a finalist for the group’s top-prize award, Economic Engagement Connections, recognizing overall excellence and leveraging across all award categories.

The Purdue Office of Technology Commercialization operates one of the most comprehensive technology transfer programs among leading research universities in the U.S. Services provided by this office support the economic development initiatives of Purdue University and benefit the university's academic activities. The office is managed by the Purdue Research Foundation, which received the 2016 Innovation and Economic Prosperity Universities Award for Innovation from the Association of Public and Land-grant Universities. For more information on licensing a Purdue innovation, contact the Office of Technology Commercialization at otcip@prf.org or visit www.prf.org/otc/. For more information about funding and investment opportunities in startups based on a Purdue innovation, contact the Purdue Foundry at foundry@prf.org.The Purdue Research Foundation is a private, nonprofit foundation created to advance the mission of Purdue University.