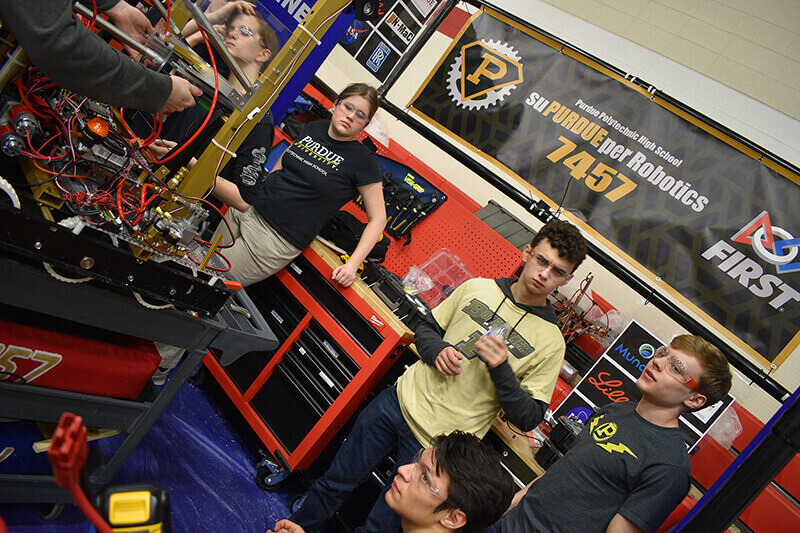 WEST LAFAYETTE, Ind. — Some of the key mottos for Purdue Polytechnic High School Indianapolis are “learn through STEM and design thinking immersion,” “personalized learning,” and “learn by doing.”

They are concepts that seem to be sticking for the charter school, which just opened its doors in 2017. STEM refers to science, technology, engineering and mathematics.

Maybe there’s no state title. But the team will still carry that momentum – all the way to a national tournament, set for April 24-27, in Detroit.

It’s a remarkable accomplishment for a group of 15 sophomores in their inaugural season of competition. Moreover, the field of 32 teams that participated in the state event are led by much more experienced juniors and seniors.

“For being a rookie team, I didn’t feel like we looked or acted like one,” said team adviser Andy Mundell. “We proved we belonged among some of the best in the state. We were really happy. It was kind of strange that we reached the point as a first-year team that we were a little disappointed with the state results. But in school (Monday), the kids were all smiles.” 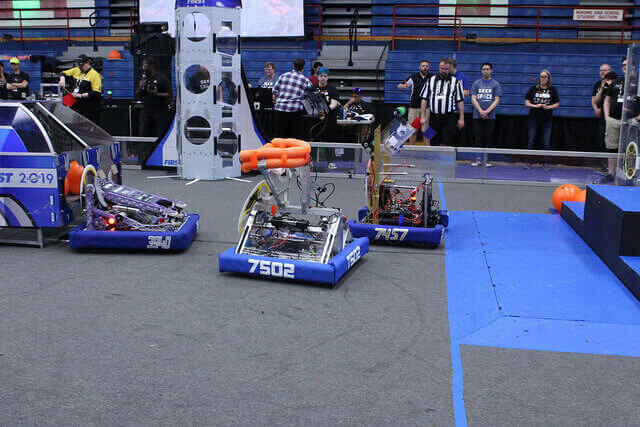 FIRST pits teams to design and build robots to complete a task. This year’s task is to have the robots retrieve balls and carry and place them in a container. Another part of the competition has the robots climbing steps, the latter of which SuPURDUEper excels.

SuPURDUEper won district events in Tippecanoe County and Center Grove High School, topping more than 30 teams in both, to reach the state, where 31 other teams awaited.

During Saturday’s state event at Kokomo High School, SuPURDUEper swept through the preliminary rounds. In the quarterfinals, teams form alliances, and SuPURDUEper combined with Avon and Brownsburg high schools. The group faced an alliance of Muncie, (Lafayette) Harrison and Columbus East/Columbus North. The SuPURDUEper alliance narrowly a best-of-3 series, 2-1.

But in the process, the team garnered the Rookie Inspiration Award. As a result of the points in the two district competitions and the state event, it was one of 10 teams that earned a trip to Detroit for nationals.

Even beyond the nationals, where some international teams also will compete, Mundell is looking ahead to a bright future for his group.

“We get the benefit of not losing anyone next year,” he said. “We made the resolution this year to learn as much as we can at state, soak it all in and get back there next year.”