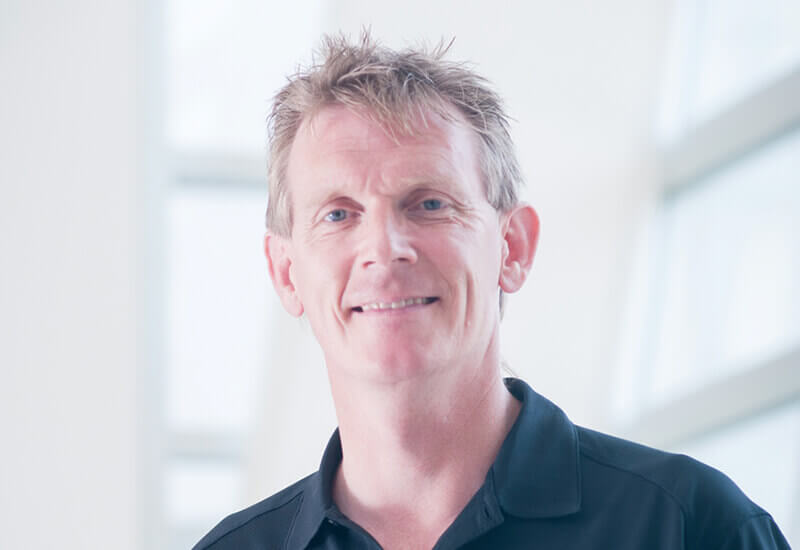 WEST LAFAYETTE, Ind. — Purdue University electrical and computer engineering professor Gerhard Klimeck, whose work is opening research avenues for scientists the world over, will be presented Thursday (June 27) with the prestigious Humboldt Research Award at Charlottenburg Palace in Berlin, Germany. Attending the ceremonies will be Germany’s Chancellor Angela Merkel and President Frank-Walter Steinmeier.

The international Humboldt Research Award is one of the most prestigious awards in science and is given each year to researchers from all academic disciplines by Germany’s Alexander von Humboldt Foundation. The award recognizes researchers who have made significant discoveries that have influenced their fields, and who are expected to continue producing such advances in the future.

“Dr. Klimeck, who has a distinguished research career, is perhaps best known internationally for creating nanoHUB.org, which supports digital modeling and data tools and has been used by 1.5 million researchers, instructors, and visitors,” said Mung Chiang, Purdue’s John A. Edwardson Dean of the College of Engineering and Roscoe H. George Professor of Electrical and Computer Engineering.

Klimeck, who earned his doctoral degree from Purdue in 1994 after matriculating at Ruhr University Bochum, Germany, has been a professor at Purdue since 2003. He currently serves as director for the National Science Foundation Network of Computational Nanotechnology, which he led previously as technical director; and the Reilly Director of the Center for Predictive Materials and Devices.

Klimeck’s research is known for building and defining the state-of-the-art in atomistic modeling theory and simulation tools for today’s most advanced transistor devices. His modeling software and approaches are helping to design the latest generations of transistors. His modeling work on a working transistor from a single phosphorus atom embedded in a silicon crystal was featured in a front-page mention in The New York Times in 2012.

Klimeck guided the creation of nanoHUB.org, a cyberinfrastructure and cloud computing platform for nanotechnology education and research, and has provided online simulation and data tools, tutorials and seminars for users in 174 nations. nanoHUB.org has been a leading example globally of an online science portal.

As a recipient of the Humboldt Award, Klimeck will conduct research in Germany for 12 months spread over several years. He will expand his work from atomic-scale semiconductor devices to explore new concepts in hybrid nanostructures at the Center for Hybrid Nanostructures (CHyN)at the University of Hamburg and the Deutsches Elektronen-Synchrotron (German Electron Synchrotron), known as DESY. Klimeck will be hosted at the University of Hamburg by Robert Blick, founding director of CHyN and head of the Institutes of Nanostructure and Solid State Physics.

Before Purdue, Klimeck held positions at the NASA Jet Propulsion Laboratory at the California Institute of Technology and at Texas Instruments Inc. in the first industrial nanoelectronics R&D group.

“I left Germany 30 years ago to study a field that today we call nanoelectronics,” Klimeck said. “The U.S. and Texas Instruments, NASA, and Purdue specifically have offered me wonderful opportunities to contribute. The recognition of this work over my career by the country I grew up in is very rewarding since I had limited interactions with Germany in these years.”