Purdue announces new head for School of Aeronautics and Astronautics 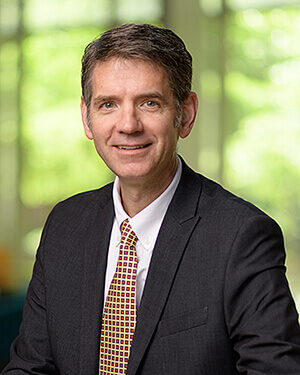 His teaching and research interests are in aerospace systems design analysis and optimization, with emphasis on problems that mix continuous and discrete variables, involve uncertainty, and have multiple objectives.

Under Crossley’s leadership since 2013, PEGASAS has been awarded 32 projects and $19.1 million in FAA funds.

“Professor Crossley is not only an accomplished research leader of PEGASAS and a renowned educator on campus and online, he also has a deep appreciation of the unique conditions and opportunities at Purdue’s School of Aeronautics and Astronautics,” Chiang said. “I am excited that on the 50th anniversary of our AAE alumnus Neil Armstrong’s walk on the lunar surface, the leadership of Purdue AAE will move forward to position this storied school for the next 50 years of unparalleled excellence as our society creates the future for the air and for space.”

As head of the growing School of Aeronautics and Astronautics, which has seen its enrollment increase nearly 50 percent in the last decade, Crossley will lead about 1,500 undergraduate and graduate students and 38 faculty members in the fall.

Crossley has extensive familiarity with the school, joining the faculty as an assistant professor in 1995. He led the formation of the System of Systems signature area and currently is a member of the Purdue Systems Collaboratory leadership team.

“As the incoming head, I look forward to serving the students, faculty and staff as we improve the School of Aeronautics and Astronautics’ impact and prominence as one of the top aerospace engineering programs in the world,” Crossley said. “This is an incredibly exciting time for aerospace. Our school will continue to play a key role in new opportunities and to explore and push boundaries.”

Crossley is an American Institute of Aeronautics and Astronautics Associate Fellow and served as the AIAA Aircraft Design Technical Committee chair. He has received teaching awards at Purdue on the school, college, and university levels.

After receiving a bachelor’s degree from the University of Michigan, Crossley received his master’s and Ph.D. from Arizona State University. While attending Arizona State, he worked for McDonnell Douglas Helicopter Systems as a member of the Advanced Concept Development Group responsible for conceptual design studies of advanced helicopters and rotorcraft.

Crossley succeeds Tom Shih, who spent 10 years as the head of AAE. After a one-year sabbatical, Shih will return to the AAE faculty.

“I want to again thank Professor Shih’s remarkable leadership of AAE over the past decade in so many ways, from research and learning to engagement and service to the nation,” Chiang said. “We are also sincerely appreciative of the dedication by the search committee, chaired by Professor Rex Reklaitis.”