Innovation could change how gene editing is approached in the future

WEST LAFAYETTE, Ind. – Gene editing has been a much sought after and controversial technology. Last month, part of the World Health Organization called for an international registry to track all research into editing the human genome. 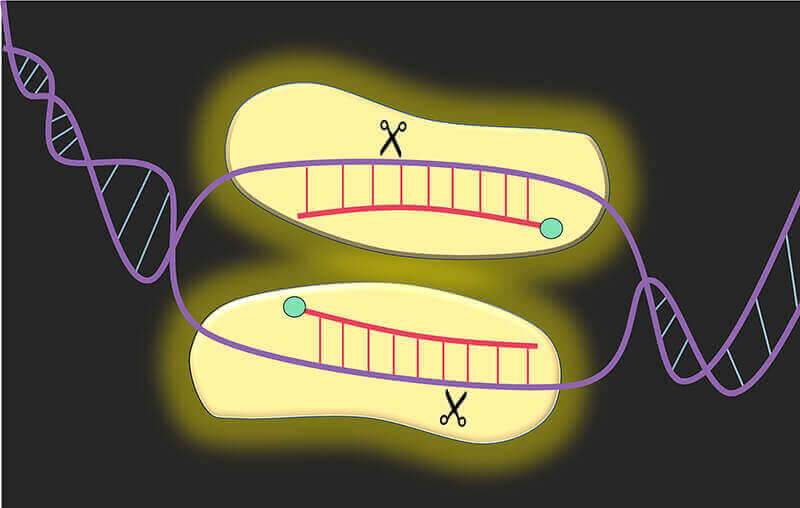 Purdue University researchers, including one who was inspired by the cancer death of a close friend, have developed a new technology that could change how gene editing is approached in the future. The research team presents the work on April 4 at the National Meeting of the American Chemical Society in Orlando.

One of the most widely used methods for gene editing is CRISPR-Cas9 technology. The method requires a certain sequence or motif for function that restricts modifications.

“CRISPR can be programmed to cut DNA at specific regions to make precise edits in an organism that can increase sustainable manufacturing, treat disease and even create better crops,” said Kevin Solomon, an assistant professor of agricultural and biological engineering, who leads the Purdue research team. “However, it requires a certain sequence for function that restricts modifications to certain regions.”

Many diseases in humans, including several types of cancer, are caused by mutations at specific sites in the genome. The Purdue team created a method that uses the protein Argonaute from Natronobacterium gregoryi (NgAgo) and supplied DNA as a guide to enable modification anywhere on the genome, providing new options to potentially improve manufacturing, disease treatment, drug discovery and crop production.

"While there is still work to do, we have shown that these molecular scissors can edit regions of DNA previously inaccessible by current technologies," said 2nd Lt. Michael Mechikoff, a master’s student working on the project.

“One of my best friends died from a cancer caused by a genetic variant several years ago,” said Kok Zhi Lee, a doctoral student who works on the research team in Solomon’s lab. “I always dreamed of a different scenario for my friend – living in an era where genetic engineering is a regular and safe option to correct genetic disorders. With the potential of our technology, I anticipate a future where genetic disease is history for human beings.”

The team has worked with the Purdue Research Foundation Office of Technology Commercialization to file a utility patent on the technology. They are looking for partners and others interested in developing and licensing it.

Their work aligns with Purdue's Giant Leaps celebration, acknowledging the university’s global advancements in health as part of Purdue’s 150th anniversary. It is one of the four themes of the yearlong celebration’s Ideas Festival, designed to showcase Purdue as an intellectual center solving real-world issues.