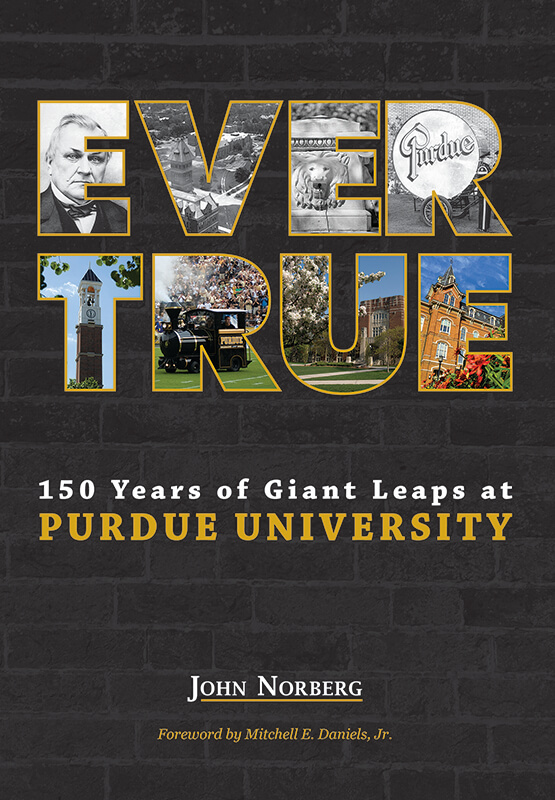 “Ever True: 150 Years of Giant Leaps at Purdue University,” chronicles the stories of the faculty, alumni, students, and leaders who have played a role in the last 150 years. (Courtesy photo) Download image

WEST LAFAYETTE, Ind. — Trying to fit 150 years of Purdue University’s history into a book is like trying to fill a thimble with water pouring out of a fire hydrant.

That’s how John Norberg, writer, author and humorist, and retired director of communications for development at Purdue, describes the work that went into his latest book, “Ever True: 150 Years of Giant Leaps at Purdue University.” The book, which can be ordered online, chronicles the stories of the faculty, students, alumni and leaders who have played a role in the last 150 years. The forward was written by Purdue President Mitch Daniels.

“The history of Purdue has been created by the stories of the people who have made the university what it is today,” Norberg said. “Everything that was done 150 years ago until now still exists in some way in the spirit and soul of Purdue. It’s important to remember that our contributions don’t disappear. Those contributions are important, and they’re going to live on for the next 150 years.”

The 496-page book (including footnotes, bibliography, and index) has been in the making for the last three years and will be released on May 6, which is Purdue’s Founders Day and was published by Purdue University Press. The book is one of many highlights celebrating Purdue’s Sesquicentennial, 150 Years of Giant Leaps. This yearlong celebration is highlighting Purdue’s remarkable history of giant leaps, while focusing on what giant leaps Purdue can take to address the world’s problems. 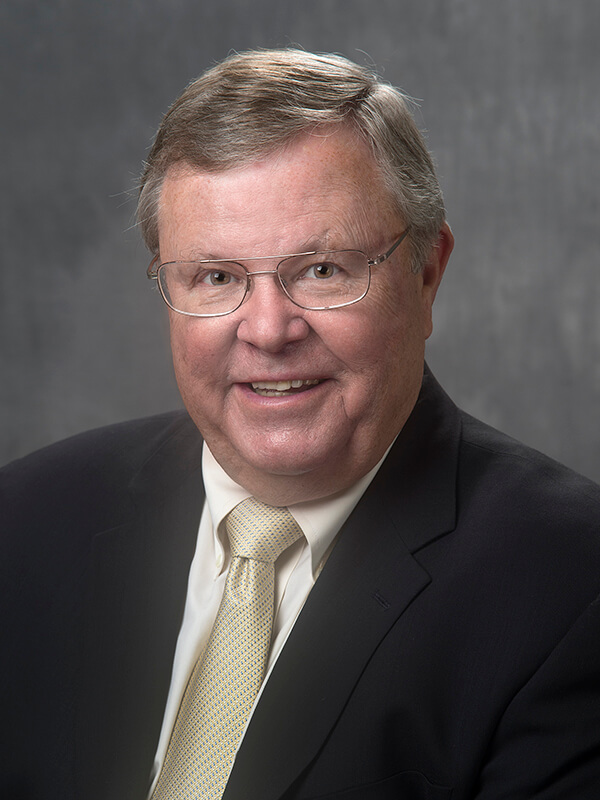 “It covers John Purdue to President Mitch Daniels,” Norberg said. “When you sit down to tackle a project like this, the biggest question you ask yourself is where and how you should start. I knew John Purdue was probably the best starting point.”

Norberg spent hundreds of hours in Purdue’s Archives and Special Collections sifting through documents as he started to piece together the last 150 years.

“I started to feel these people come to life as I learned more about them,” Norberg said of his research. “It was like a portal into the past.”

Norberg knew early on that he wanted the book to focus on people. What he didn’t know was just how much he’d connect with some of the stories he unraveled during his research.

“For me, history is people,” Norberg said. “I’m not as interested in buildings and how much they cost and what year they were built. I wanted to know what these people were like and what their character was like. The more you learn about a person, the more you realize that they were just like us. They got up in the morning and went to work and they had their good days and bad days.”

Norberg said the book gives some insight into what it was like for faculty and students through the different decades and some of the trials and triumphs they faced during those years. The book also notes the progress of African American and female students.

“There were people who helped pave the way for opportunity for the people who came after them,” Norberg said. “You can’t help but be inspired by those stories.”

Norberg said that if the last 150 years is any indication of where Purdue is headed, the ceiling is high for the people who make up the campus community today.

“It’s hard to believe that one time, Neil Armstrong was once a young student walking around  campus, going to classes just like everyone else,” Norberg said. “And then years later, he walked on the moon. It makes you wonder what some of these students who are graduating soon will do in the future.”

Note to journalists: Norberg will have limited availability through May 18, but will be reachable by email and phone interviews can be arranged. Contact Abbey Nickel, Purdue News Service, at nickela@purdue.edu.