Indianapolis stakes claim as the center of 5G innovation 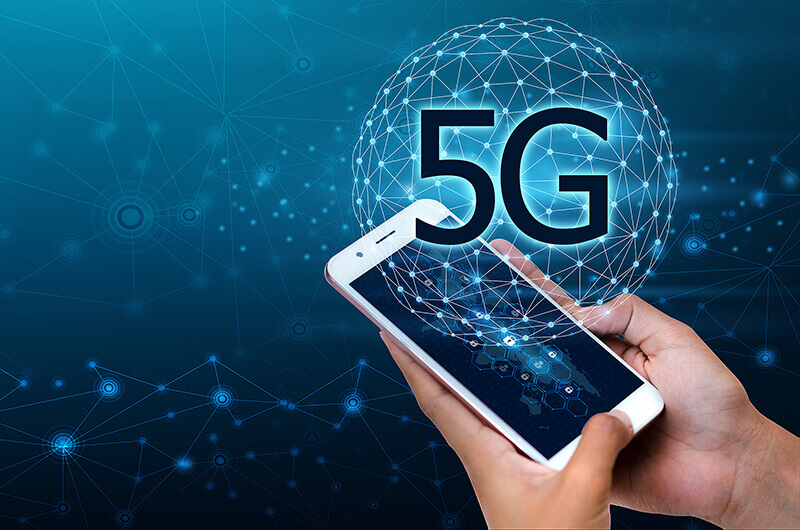 The Indy 5G Summit highlighted the opportunities 5G technologies represent and forged a collaborative effort to ensure Indianapolis and the state of Indiana will be at the center of this emerging frontier. (Stock photo)

INDIANAPOLIS and WEST LAFAYETTE, Ind. – On the 27th floor of the Salesforce Tower on the historic Monument Circle in Indianapolis, the Indy 5G Summit highlighted the opportunities 5G technologies represent and forged a collaborative effort to ensure the city and state will be at the center of this emerging frontier.

Indianapolis is one of a just a handful of cities in the U.S. with 5G capability offered by two major carriers – AT&T and Verizon. Spring-boarding off this opportunity, industry, academic, government, state and national leaders met late last week and laid tactical action plans for the future of 5G in Indiana and beyond.

The Indy 5G Summit was co-hosted by Mung Chiang, Purdue University’s John A. Edwardson Dean of the College of Engineering; Scott A. Jones, pioneering inventor and prolific entrepreneur in emerging technologies used by billions of people globally; and David Roberts, chief innovation officer for the Indiana Economic Development Corp.

To kick it off, Rep. Susan W. Brooks (R-IN05) provided an update on progress being made on the federal and state levels, including a bipartisan bill called the E-FRONTIER Act introduced in April. This bill would prevent the federal government from managing the construction of a nationwide 5G network and would instead rely on the expertise of the private sector to lead mobile broadband expansion within the U.S.

“There are more wireless connections in the U.S. than people, and it is continuing to grow in leaps and bounds,” Brooks said. “There is tremendous potential in 5G technology in both advancing internet speeds and in creating millions of new jobs and maintain our country’s global leadership. It’s important that this technology stays in the private sector where all can benefit from its potential.” 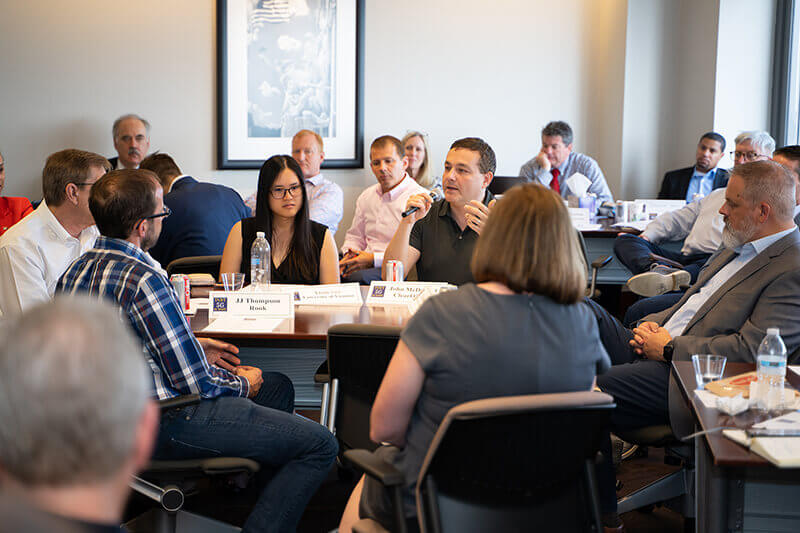 “The full potential promised by 5G: higher speed, faster response and edge intelligence, can only be realized when the whole ecosystem of innovation brings ‘killer apps’ to the growing infrastructure. The Indy 5G Zone will help accelerate such innovations.” Chiang said. “The AT&T and Verizon deployment of 5G in Indianapolis is a key step, enabling companies large and small to come here and test their 5G-enabled products. In wireless and in cars, Indy is speedy.”

Experts also believe that 5G will create the same type of jobs growth that the internet, mobile devices and other digital growth created in the past 20 years.

“The emergence of 5G represents a breakthrough transformational global opportunity, and, perhaps counter-intuitively, Indiana is uniquely positioned to become an important global center of excellence for 5G because of our early lead on collaboration and cooperation with the trifecta of critical participation from industry, academia, and government,” said Jones, founder of Eleven Fifty Academy. “Our inclusive arm-in-arm approach makes Indiana an early leader in the 5G arena, and we invite anyone in our Hoosier state and beyond to join us.”

The summit participants adopted a seven-point declaration to work together to accelerate efforts in the state and city surrounding 5G in Indiana and across the country. Three key points stated in the joint call to action are:

“The impact 5G will have on all sectors of our economy will be enormous and will lead to a new wave of technologies and breakthroughs,” said Chad Pittman, vice president of the Purdue Research Foundation National Security and Defense Program Office and Government Relations. “We believe Indianapolis and the state of Indiana are poised to take the lead on this important endeavor from the advancement of the technology through research, the expansion of usage and the potential of job creation that will come from 5G technology.”