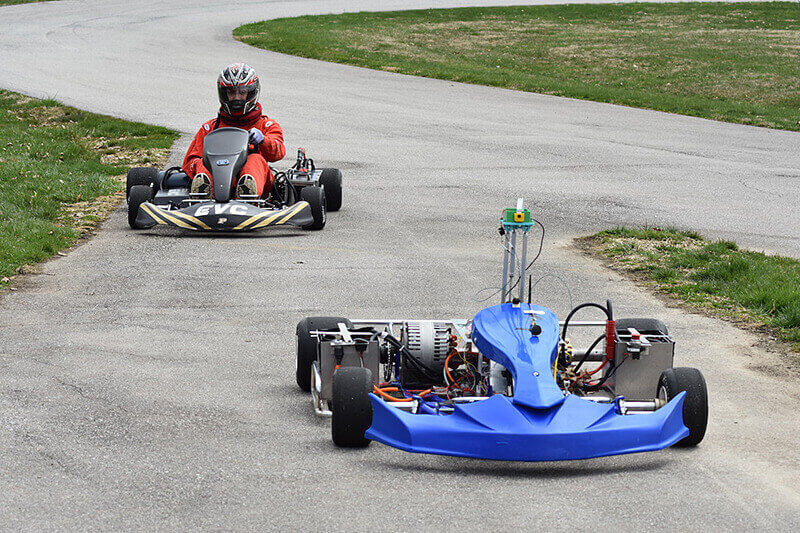 WHAT: Purdue University Motorsports and the evGrand Prix group will host autonomous kart racing, as well as manned kart racing for high school and college teams from across the U.S. at the Indianapolis Motor Speedway. The races will occur Tuesday (May 14) and Wednesday (May 15).

EXPERTS: Danny White is manager of Purdue Motorsports and managing director of the evGrand Prix. He has been with Purdue Motorsports since 2010. He has worked with numerous IndyCar teams in the past, including serving on the pit crew for Eddie Cheever when he won the 1998 Indianapolis 500. White holds numerous industry certifications and has developed several successful programs in motorsports, electric vehicle racing and safety management.

E.J. Williams, EV expert and support staff for evGrand Prix, was recruited by Mark Cuban to design and build a premium two-wheeled hoverboard as part of his new company, Radical Transport.  Along with one other mechanical engineer, Williams engineered the light-EV hoverboard, utilizing new technologies and control algorithms. Williams has also worked at Tesla Motors developing EV powertrain controls, as well as at Allison Transmission in its hybrid systems department.

QUOTES: “The objectives of this Purdue-hosted series are simple – train students for the technologies of their future, change the public’s perceptions and fears of  autonomous transportation, reduce automobile deaths and serious injuries as well as reduce emissions, and make significant improvements in efficiencies in public and private transportation,” White said.

“The new field of electric racing is neat because we're back to the drawing board with innovating and testing new powertrains. However, when it comes to autonomous, everything changes. You're no longer engineering a powertrain; you're engineering an actual driver. The sensors, computer and software that teams must develop take the role of the driver, which means you have to get it right in order to even navigate the track. Without the right sensors and experienced algorithms to interpret the data and control of the kart, it would be like sticking a driver in a race car and blindfolding him. You have to give your kart the ability to ‘see’ and you have to give it experience,” Williams said.

Note to journalists: B-roll footage of autonomous and manned kart races/practices are available via dropbox at https://www.dropbox.com/sh/91h5k9lvcxhqsef/AAAndccvdO9Dqj_20W0ecJPya?dl=0.