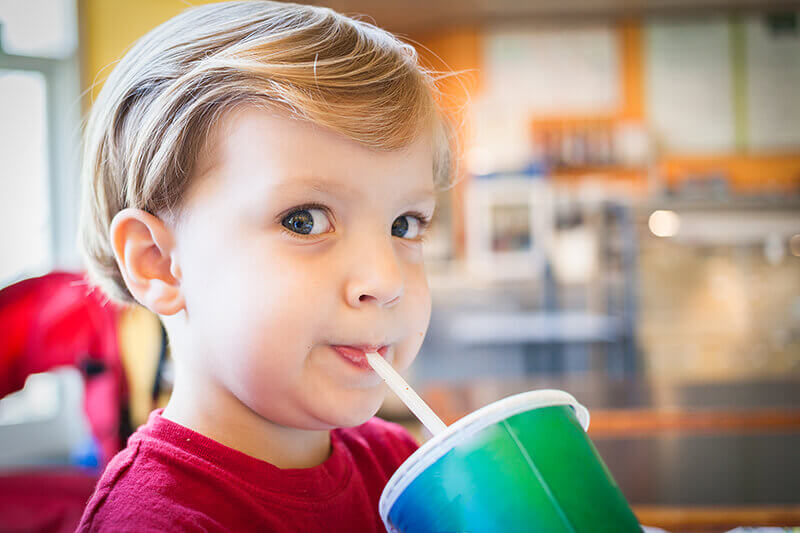 A new study reports that children ages 2-17 who drink sweetened beverages, including diet and regular sodas, have higher sugar and calorie intake than children who consume unsweetened alternatives, like water. (File photo).


WEST LAFAYETTE, Ind. – Children who enjoy sweetened soft drinks consume more total calories and sugar compared with their water- and milk-drinking peers, according to a new study, “Consumption of Low-calorie Sweetened Beverages is Associated with Higher Total Energy and Sugar Intake Among Children, NHANES 2011-2016,” published Thursday (May 2) in the journal Pediatric Obesity.

Susan E. Swithers, a professor in Purdue University’s Department of Psychological Sciences, is a co-author of the study, which sought to understand the effects of consuming beverages that contain artificial sweeteners on children’s eating and drinking patterns.

“We don’t usually think about it this way, but drinking a soda is not so different from eating a candy bar,” Swithers said. “As adults wouldn’t eat a full-size candy bar with all of our meals, even if it was sugar-free. We also wouldn’t think that giving a kid a candy bar every day was a particularly healthy choice, even if that candy bar was sugar-free. Somehow having a soda seems different to us, but they really are just candy in a can. We shouldn’t really be surprised that drinking soda, even diet soda, doesn’t produce benefits compared to drinking water or other unsweetened drinks.” 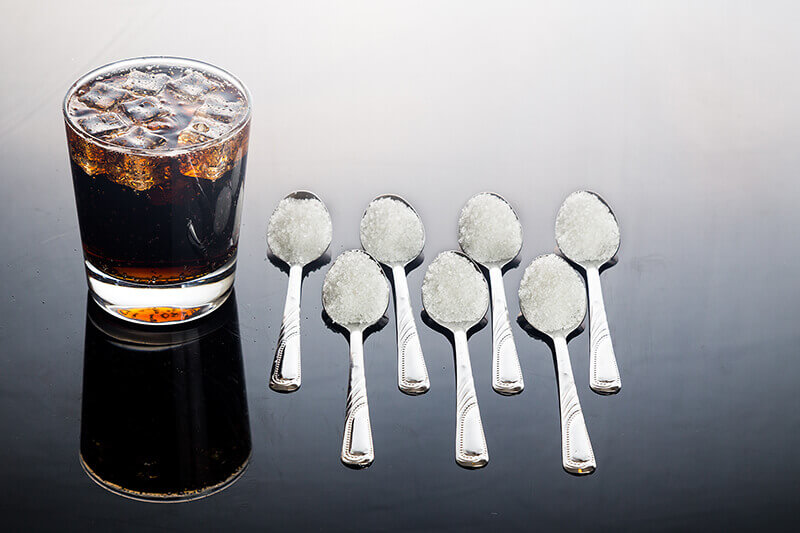 “These data suggest that instead of using diet soft drinks as substitutes for sugary beverages, children may actually be adding them to their normal sugar intake,” Swithers said. “Such high intakes of sugar and sugar substitutes are problematic, because they have been hypothesized to groom children’s’ palates to expect that foods are supposed to taste incredibly sweet. They may not want an apple anymore when they’re used to hypersweet foods and beverages.”

Swithers said one theory in psychology called classical conditioning might explain how sugar substitutes could promote greater consumption of sugar. Classical conditioning is a type of learning in which the body pairs sensory input, such as taste, with a corresponding biological response.

“Our brain could be making our responses become slower and smaller,” Swithers said. “The work in my lab is designed to understand whether or not this process of classical conditioning is actually happening and what long-term consequences or metabolic mechanisms could be underlying it, using carefully controlled pre-clinical models. Studies like this current one in children provide evidence for the fact that consuming artificial sweeteners doesn’t always produce the decreases in energy intake you would predict, and the laboratory studies in rodents provide a possible explanation for why that happens.”

The food and beverage industry has funded some studies reporting the opposite: Artificially sweetened beverages are related to reduced sugar consumption and, therefore, weight.

“By focusing on artificial sweeteners’ effect on weight, the industry pushes this public health crisis onto individuals’ food choices without recognizing it’s already difficult, expensive and time-consuming for consumers to get access to healthy food,” Swithers said. “For example, industry-funded studies which purport to compare diet soda drinkers to water consumers actually included people who drink regular sodas in the “water” group. This misleads consumers into thinking that diet sodas are better choice than water. The data just don’t support that kind of conclusion.”

Swithers said this distortion could confuse consumers about their healthiest food options. The influence could become limiting for consumers further constrained by economic boundaries.

“We consume way too much sweetener whether actual sugar or a substitute. It’s not a healthy pattern to drink a sweetened beverage every day,” Swithers said. “No evidence supports that health risks like diabetes or high blood pressure are lessened by artificial sugars. It is definitely possible for a regular or diet soda to be a part of a healthy diet, but as an occasional indulgence not as a regular, daily choice.”

The Sumner M. Redstone Global Center for Prevention and Wellness at the Milken Institute SPH funded the research.

Swithers’ research aligns with Purdue's Giant Leaps celebration of the university’s global advancements made in health, space, artificial intelligence and sustainability as part of Purdue’s 150th anniversary. Those are the four themes of the yearlong celebration’s Ideas Festival, designed to showcase Purdue as an intellectual center solving real-world issues.

Swithers plans to continue her research into sweetener consumption and classical conditioning, and funding from health organizations could help her reach her next steps.

Objective: To examine associations between consumption of low‐calorie sweetened beverages (LCSBs), sugar, and total energy intake in children in the United States.

Results: Adjusting for body mass index (BMI) percentile, LCSB, SB, and LCSB + SB consumption was associated with 196, 312, and 450 more total calories and 15, 39, and 46 more calories from added sugar, respectively, compared with water consumers (P < .05 for all pairwise comparisons). No differences in energy intake were observed between LCSB and SB consumers.

Conclusions: These findings challenge the utility of LCSB for weight management in children and adolescents.